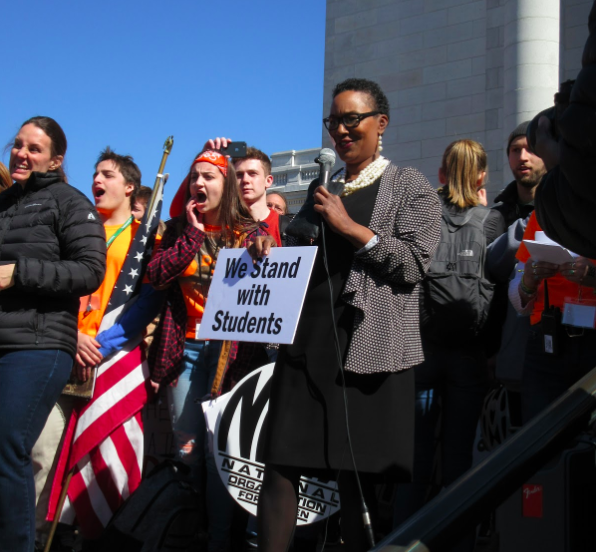 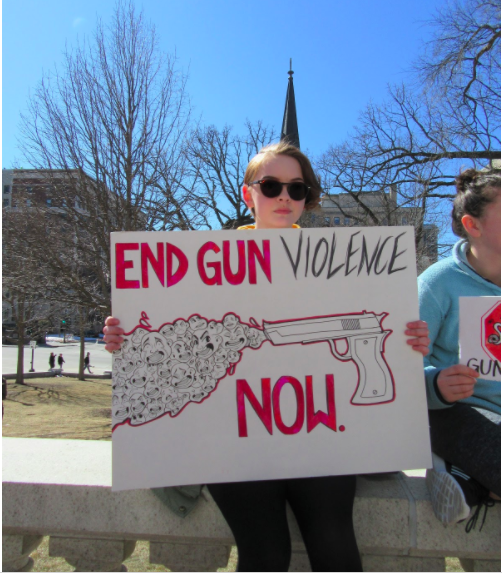 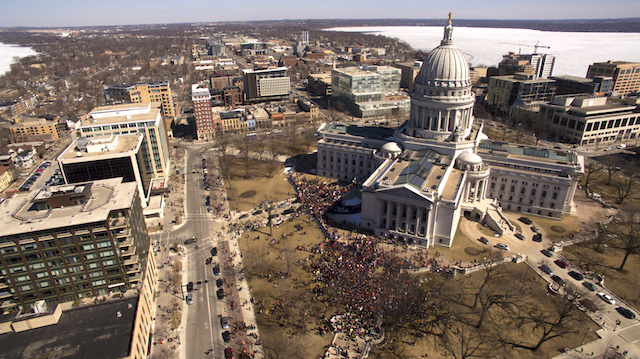 Looking East at the 1 p.m. rally at the State Capitol (Aaron Hathaway/Madison Commons 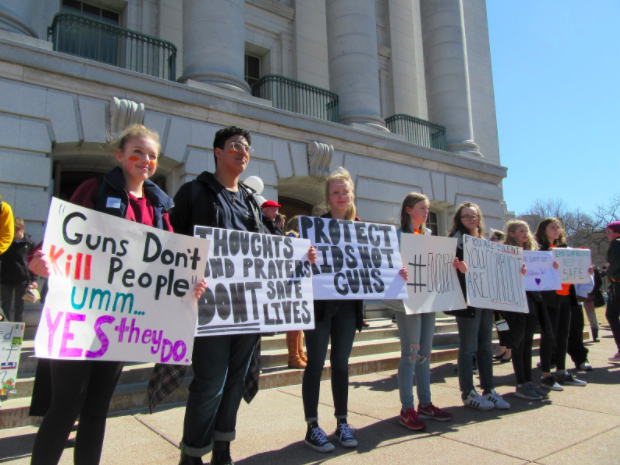 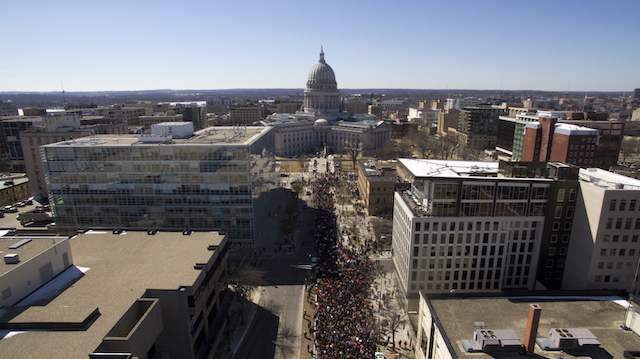 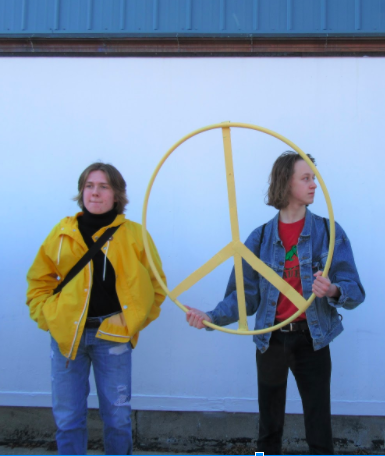 Chants of “no justice, no peace” and “this is what democracy looks like” filled the air as thousands of Madison high-school and middle-school students joined the National Walkout Day Wednesday to protest current gun laws.

Students congregated at East High School before marching over two miles to the steps of the Capitol building where they joined other students and community members for a 1 p.m. rally calling on legislators to enact stricter gun control.

“I see a lot of stuff happening on the news that I really don’t like, and it’s just depressing,” said Elijah Smith, a sophomore at West High School. “I thought I should be somewhere where a lot of change is gonna happen...I just don’t want to have to see more people go through this kind of thing anymore, and I think it’s time for people to start yelling.”

National Walkout Day marked the one-month anniversary of the shooting at Marjory Stoneman Douglas High School in Parkland, Florida on February 14. The massacre left 14 students and three school staff members dead, making it the largest school shooting since the murder of 20 students and six staff members at Sandy Hook Elementary School in 2012.

The Parkland shooting sparked a national student-led movement focused on passing stricter gun laws. Madison students organized the protest as a way to call on Wisconsin legislators to make a change in the state’s gun legislation.

Lydia Oakleaf, a sophomore at Memorial High School, felt disheartened after the Parkland shooting. She was shocked by the lack of restrictions on purchasing guns like an AR-15, a semi-automatic rifle which was used by the Parkland shooter.

“It’s just unacceptable the amount of shootings there have been, and the only reason people have been able to commit these mass murders is because they’ve had access to guns,” Oakleaf said.

Students marched with homemade signs which boasted calls to action, punches at the NRA, and sentiments that reflected how students should only worry about homework and tests in school – not being killed in their classrooms. Smith created an immense peace sign, which he held above his head throughout the protest.

Amy Bevington stood on the corner of 4th Street and East Washington across from East High School, waiting for her daughter Phoebe and other East students to join the growing group of students. She held a sign reading “I’m proud of you.”

“I think that all children need to feel safe going to school, and I don’t know if there’s been any other generation that’s had to worry that somebody’s going to go into their school and shoot dozens of them,” Bevington said. “But, I’m also feeling that this might be the catalyst to make some huge change.”

Student organizers gave impassioned speeches, sharing their reasons for supporting stricter gun laws. Representatives Chris Taylor and Melissa Sargent reassured students they were listening, offered their support and urged those of age to vote in the 2018 elections. Senator Lena Taylor led a rallying call-response chant of “what do we want? Gun control. When do we want it? Now!”

In a rousing speech at the rally, Madison public school teacher Tracy Hamm Warnecke told the crowd to not “underestimate the power of a pissed-off teenager” because they will exercise their rights and make their voices heard.

Hamm Warnecke called on legislators to write appropriate gun laws, and school districts to provide access to resources and services to ensure students are receiving the education they deserve, including investing in teachers and school psychologists.

She then turned her speech to the students, emphasizing her pride in each and every one of them.

“As I tell my students, your voice matters,” Warnecke said. “You can be the change you want to see. Use your powers for good. Go out and take action, and you did that today. And don’t let anyone tell you that you do not matter. Your voice matters. You matter. You are enough.”