A bill that would take the regulation of taxicabs from local governments and give it to the state failed to pass during legislative session after receiving strong backlash from cities and cab companies.

The bill, AB 918, would remove the authority of local governments to license and regulate taxicab operators and businesses. Instead, the state agency the Department of Safety and Professional Services would handle all licenses and regulations. 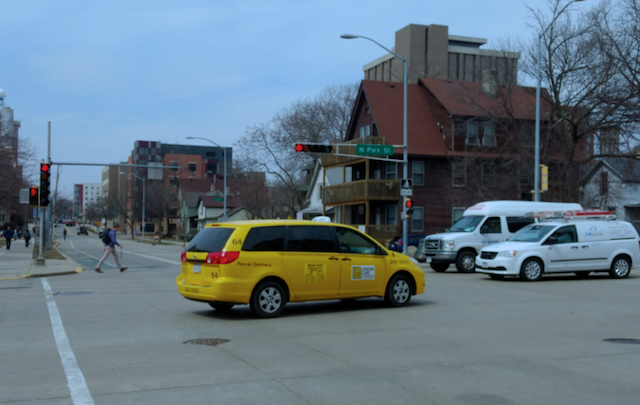 The legislation is similar to a bill passed in the previous session that banned municipal legislation for companies like Uber and Lyft, which are referred to in the bill as Transportation Network Companies.

According to a statement from the bill's author, Rep. Dan Knodl (R-Germantown), this legislation is needed to create a statewide regulation and ensure that taxicabs can compete with TNCs.

“It was important to ensure a statewide standard and avoid burdensome regulations that could vary from community to community,” the statement read. “AB 918 creates a statewide license and provides more flexibility to the taxicab industry, allowing it to operate and compete more effectively with TNCs.”

The bill will also help level the playing field between TNCs and taxicab companies according to Jonathan Liegeois, the Business Development Director for American United Transportation Group in Milwaukee.

TNCs are not regulated to certain geographic regions, like taxicabs are currently. The bill requires the license holder to operate the taxicab company to passengers throughout the state, with no limitations.

The bill also exempts licensure requirements for individual employees or independent contractors of taxicab companies that have been developed by the Department of Safety and Professional Services.

But according to Madison Deputy Mayor for Governmental Relations Nicholas Zavos, who lobbied against the bill, cab regulation is something that is unique to cities and should therefore be left to them.

“The needs in Madison are going to be very different from Milwaukee or Ashland or Osseo or wherever there are a unique set of circumstances,” he said. “In terms of how the transportation systems work in each individual community, I don’t really see a role for the state necessarily.”

Justin La Plante, a former cab driver in Madison and creator of a nonprofit that investigates TNC fraud, not only expressed similar feelings toward the bill, but described a local taxi population that is scared of deregulation and how it will affect their relationship with the public.

“They realize there is value in having insurance and a proper background check on drivers,” La Plante said. “They don’t want to let go of that. They don’t want to be forced into a market where they have to compete with each other, like it’s the wild west and there are no rules.”

The Senate did not vote on the bill during its floor session Tuesday, meaning it will not pass during this session. But both La Plante and Zavos believe the issue of how to regulate TNCs will come up again during the next session.