With more than three months since the heavy rainfalls hit Madison in August, many of the immediate, visible impacts of flooding in the city have been addressed. However, the potential for future environmental issues still lingers. 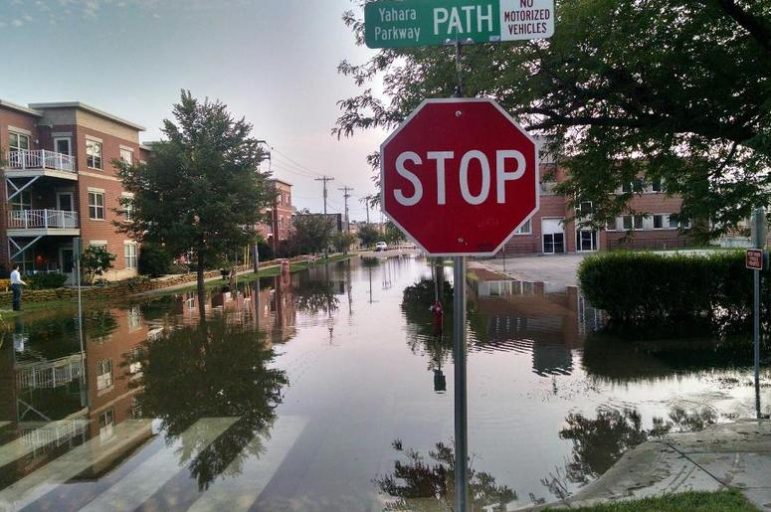 The first issue is shoreline erosion which can result from ice damage. As winter approaches, there is some potential for adverse impacts to Madison’s shoreline areas as water freezes at higher-than-normal lake levels.

According to Richard “Dick” Lathrop, a former Wisconsin Department of Natural Resources employee and current honorary fellow with the University of Wisconsin’s Center for Limnology, ice damage to shorelines is one outcome likely to occur when lakes freeze before water recedes to normal winter levels. Lathrop mentioned how the county generally lowers Lake Mendota by about one foot during the summer.

The precipitation in late August pushed lake levels far above their target summer maximum levels. These targets were set by the Wisconsin Department of Natural Resources back in 1979 in order to avoid inundation and excessive erosion of the shorelines along Dane County’s major lakes. 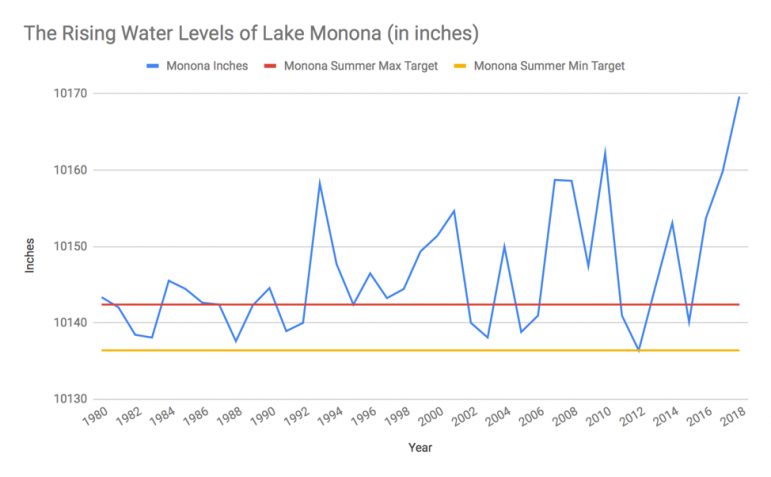 Water levels are for Aug. 22 of each year between 1980 and 2018. (Data obtained from the Dane County Land and Water Resources Department.)

Addressing the relationship between lake levels and flooding, Kelly O'Ferrell, the Hasler Lab Coordinator at the University of Wisconsin Center for Limnology said, “The lakes can handle some higher water before it becomes a serious problem, but that number is not set in stone, nor would it be the same for each lake. People have lived with the lakes three-fourths of a foot higher than summer max, but two feet higher like last summer is a huge problem.”

In addition to shoreline erosion, the significantly higher lake levels this year could also affect the levels of phosphorus, a nutrient for plant growth. Lathrop also noted that with heavy rainfall comes the potential for more phosphorus to be carried into the lakes.

Impact of Phosphorus on Madison lakes

Increased levels of phosphorus in the lakes can lead to booming algae blooms, or a growth of algae in the lakes. Some types of algae can pose a health hazard to humans and animals, as blooms of blue-green algae in Madison lakes have even caused the temporary closure of city beaches in the past year.

Reducing phosphorus levels in lakes within the Yahara River Watershed is one of the primary areas of focus for the Clean Lakes Alliance, a local nonprofit organization committed to the improvement and protection of lakes, streams and wetlands.

“The big rain event that we had in mid-August that led to flooding sort of just cast a rough year for the lakes,” said Adam Sodersten, the Director of Marketing and Development at the Clean Lakes Alliance.

According to Sodersten, the August rainfall only served to worsen problems associated with the region’s uncommon precipitation patterns that had already occurred earlier in the year.

According to Dick Lathrop, the phosphorus concentrations measured in Lake Mendota around the beginning of November increased some in relation to the past few years, though they were not at an all-time high. 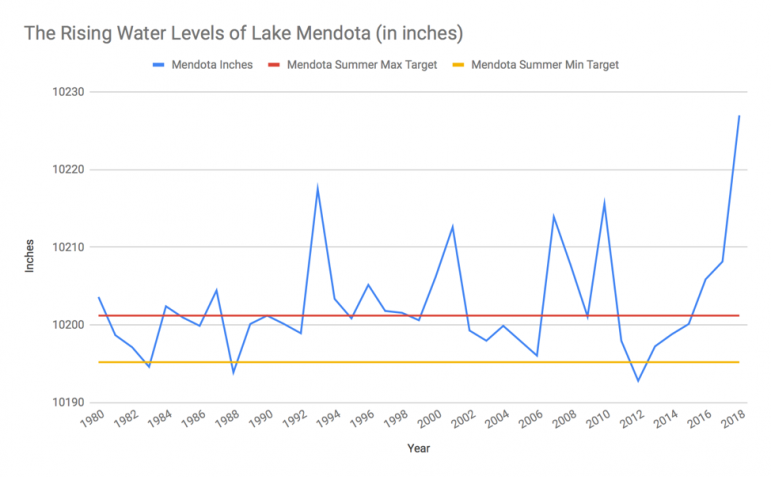 Water levels are for Aug. 22 of each year between 1980 and 2018. (Data obtained from the Dane County Land and Water Resources Department.)

“My take on it is that while a lot of phosphorus entered the lake from all the runoff events including the late August extreme event, a lot of water was being discharged out of the lakes for months in response to all the flooding causing phosphorus to be flushed out of the lakes,” said Lathrop.

At this time, Lathrop said that there was uncertainty as to whether algal blooms in the Yahara lakes will be more significant in the summer months due to the flooding in 2018, and that this could depend on a variety of factors.

In the past couple of years, the heaviest blue-green algal blooms have occurred in early June when there have been stretches of particularly hot, calm weather. Additionally, zebra mussels, which have become established in Mendota and the lower Yahara lakes, may be another factor that could contribute to more scum-forming blooms in the lake shallows. However, Lathrop said that more research would be needed to better predict zebra mussels’ impact on the quality of the Yahara lakes.