Here’s your chance, Madison, to share your poetry stories about your favorite Madison places with the thousands of Madisonians who ride the bus every day.

“In the past, we’ve had over 300 submissions,” Mireles tells Madison365. “The winning poems will be put either on the back of a bus or the fare card/transfer card. Or they will be put on the ride guide, the booklet that has all of the bus schedules for the city, or on the webpage.”

Mireles is the first Latino to hold the position of Madison’s poet laureate, a position he has held since January of 2016. For the past four years he has been continuing the tradition of Fabu Phillis Carter, Madison’s first African-American poet laureate, who started the Metro bus lines poetry project back in 2009.

Mireles says that by design, the shorter poems that are chosen usually end up on the busses.

“Three or four lines are probably the most that you can put on a bus so that it’s big enough to see,” Mireles says. “We make sure that the poems are designed to fit the format that they will be placed on.” 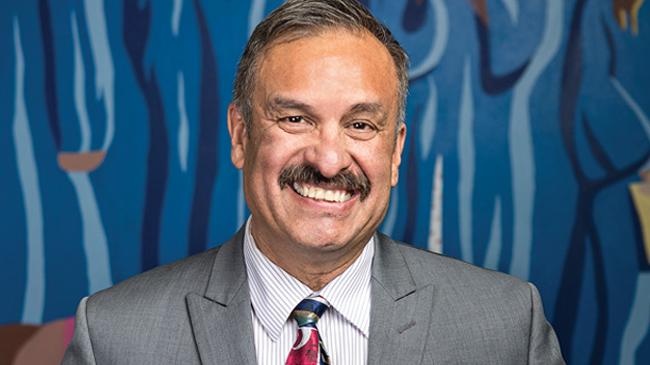 This year’s theme is related to the City of Madison creating its first ever Historic Preservation Plan which will identify, celebrate and preserve the places that represent Madisonian’s collective histories. Mireles just finished his term on the Historic Preservation Committee and one of the themes that they’ve been talking about is “Your Place in Madison.”

“We’ve been talking about the little places in Madison that are really special,” Mireles says. “Part of the Historic Preservation Plan has been identifying some of the history of Madison.

With that in mind, the theme for this year’s Metro bus lines poetry project is “Favorite Madison Places.”

“We’re trying to pick locations that people might not be as familiar with that really represent all of Madison,” Mireles says. “We are hoping for some really diverse entries and get people’s individual perspectives and hear their distinct voices. We want to make sure that we cover all of Madison.”

Poetry submissions can be made in English or Spanish and poets can include up to three poems maximum. Entries must be no longer than 15 lines to be considered. As stated before, poems of certain lengths work out better for certain Metro marketing material over others. When submitting your poem, you will be asked to select for which marketing item you’d like your poem to be considered.

The final designs will be approved by the Edgewood College Graphic Design Professor with consultation with the Mireles and Madison Metro Transit.

This is Mireles’ fourth and final year as Madison’s poet laureate and working on the bus initiative.

“It’s a lot of work – I have to read every one that comes in,” he says. “But it’s been a really cool idea. It’s hard to believe that it’s in its fourth year already. Four years go by fast.”

All entries must include the poet’s name along with their phone number and email address. Student submissions must also include student’s school, grade and the contact information of a sponsoring adult.

“This is something that is for everybody. I think our youngest poet last year was six years old,” Mireles says. “Our oldest was in their 70s. It’s a wide range of stories and ideas that we are looking for.”

Got a poem for the 2019 Bus Lines open call for poetry? Entries must be submitted by Friday, March 15. For program questions, email oscarmireles@yahoo.com.

This article originally appeared here, and was written by David Dahmer, Publisher and Editor-in-Chief of Madison365.