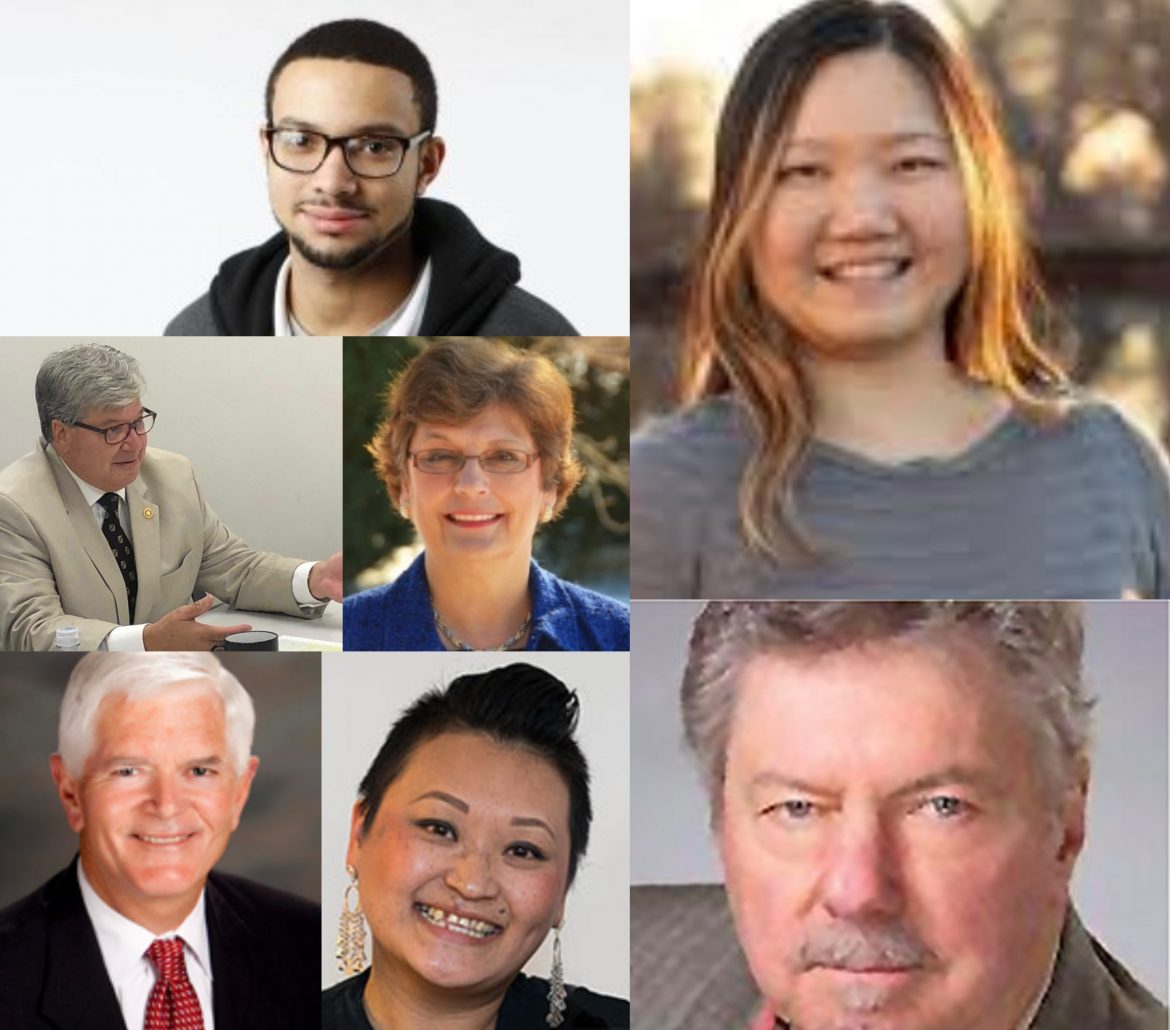 As Madison school board members prepare to appoint a replacement for longtime Madison Metropolitan School Board (MMSD) member Mary Burke, they have 26 applications to look through.

MMSD policy requires that the Board choose an immediate replacement to fill Burke’s seat within 60 days of her departure. However, a Wisconsin state statute requires that appointees win election in the next possible spring, in 2020, to continue their service on the board.  Additionally, because the person appointed to Burke’s seat would be serving out her original three-year term, that person would be up for re-election yet again in 2021.

Those interested in applying for the vacant board seat was asked to complete a short statement describing their views on critical issues facing the district, and early thoughts about how those issues might be addressed. Those applications were due July 19, and were posted online for public transparency.

Board members plan to discuss potential applicants and select a new board member at its July 22 meeting.

Here’s a look at the applicants, in alphabetical order:

David Aguayo is an executive assistant in the Wisconsin Department of Workforce Development, and has previously held positions as a paralegal in with the Federal Trade Commission (FTC) and as a commissioner with the Washington D.C. Commission on Latino Community Development. He expressed interested in seeking alternatives to detention as a disciplinary practice, and highlighted the need to attract and retain more teachers of color in MMSD schools.

Erin Arango-Escalante is the administrator for the Division of Early Care and Education at the Wisconsin Department of Children and Families, and previously held positions at WIDA within the Wisconsin Center for Education Research and the Wisconsin Department of Public Instruction. Arango-Escalante, a graduate of MMSD schools, identified issues with funding streams for English Language Learner (ELL) students, community-based early education opportunities, and family outreach as core to her goals as a potential board member.

Micah Ariel-Rohr is a former Chicago Public Schools (CPS) teacher, and currently serves as assistant director at the University of Wisconsin-Madison Hillel. He spoke about the need to build and draw upon stronger community relationships as the board looks towards hiring a new superintendent.

David Blaska is a conservative blogger, vocal critic of the “No Cops in Schools” efforts and former member of the Dane County Board of Supervisors. Blaska said he would work to abolish the Behavior Education Plan (BEP) and “restore order” at school board meetings if selected. He also wrote in his materials that if Kaleem Caire, who ran for the seat in District 3 earlier this year, applies for the vacancy, that Caire should be selected instead. Caire announced Friday that he would not apply.

Carol Carstensen served on the MMSD Board for six terms before retiring in 2008, and oversaw both a number of referendum questions and superintendent selection processes during her tenure. She indicated that she is interested only in serving as interim board member.

Savion Castro is a UW-Madison student, a graduate of MMSD schools, a former member of several juvenile justice-related commissions in Dane County, and currently works as a legislative aide for Wisconsin state representative Shelia Stubbs. Castro addressed the importance of addressing Madison’s ongoing racial inequality and changing the policymaking culture at the Board to reflect more diverse communities.

Maia Chen is a graduate of MMSD schools and parent of MMSD students. She highlighted the growing unmet needs of students of Color in MMSD schools, and said that if selected, she would focus on tapping into Madison’s student and parent communities of Color to bring the needs of these communities to the fore of the Board’s attention.

Alexis Dean has worked as a counselor with Camp Hope for Kids and a Central Library Youth Services program leader. Dean went viral last fall for a rap video about the importance of getting up and going to school he produced through his work as a literacy tutor with Schools of Hope, an AmeriCorps position hosted at Mendota Elementary School, and was chosen as AmeriCorps Member of the Year for the 2018-2019 school year.

Rafael Gomez served as a parent-teacher advocate for 33 years across MMSD middle schools, working with many of Madison’s Spanish speaking families as well as a UW-Madison research project, Back On Track, to help promote student achievement. He previously worked in Texas as a city planner, youth center director, and Spanish high school teacher.

Erica Halverson is a 16-year MMSD parent and professor of Curriculum and Instruction at UW-Madison focused on arts education. Halverson plans to bring her research to bear in Madison by pushing for more culturally relevant instruction, greater curricular flexibility for MMSD schools, and new ways of measuring academic achievement.

Ed Hughes served on the MMSD school board between 2008 and 2017. He touted his previous experience working through a superintendent selection process to appoint Jen Cheatham and Madison’s 2015 school facilities referendum, as well as his strong existing relationship with interim superintendent Jane Belmore.

Angela Jenkins is an MMSD parent and president of the Lake Edge Neighborhood Association, and spoke to the importance of developing stronger and more meaningful community relationships with Madison’s communities of Color. Jenkins previously ran for Madison City Council District 15, but was narrowly defeated.

Lillian Mather Kelley is a budget and policy analyst for the Wisconsin Department of Workforce Development and graduate of MMSD schools. She has also worked as a legislative staffer for the New York State Senate, and identified reading proficiency and middle school student engagement as primary issues for the Board to tackle in coming years.

Steve King served on the Benjamin School District school board, located in a suburb west of Chicago, between 1989 and 1998. Since moving to Madison five years ago, he has served as executive director of the Center for Professional and Executive Development (CPED), the executive education wing of UW-Madison’s business school.

Pamela Klein is a veteran teacher in the Deerfield School District focused on health and student wellness. She hopes to add teacher and administrator recruitment and retention efforts to the Board’s list of mandates.

Nino Amato is an MMSD parent and graduate, and currently serves as CEO of the Wisconsin Aging & Health Groups. Amato flagged his experience working with search committees to hire executives in higher education and the private sector as something that may benefit the Board’s search for a new superintendent.

Dwight A. Perry is the executive minister and regional president of Converge Great Lakes, a group of 120 congregations across Wisconsin and Michigan’s Upper Peninsula. He holds four degrees in education-related fields, most recently a PhD in Educational Studies from Trinity Evangelical Divinity School, and is a board member of 100 Black Men of Madison.

Terjuan Short is a recent graduate of West High School. He highlighted his involvement with AVID and the Black Student Union, and noted that he hopes that the Board can collectively work towards better mental health support and retention of teachers of color in the districts.

Arlene Silveira served on the MMSD board between 2006 and 2015. She helped oversee the 2015 facilities referendum during her tenure on the board, and noted that she helped to establish the Board’s Communications Committee to bolster community relationships.

Jeffrey Spitzer-Resnick is a longtime disability and civil rights attorney, including as managing attorney for the Schools and Civil Rights team at Disability Rights Wisconsin (DRW). He had a hand in helping to develop the BEP, and urged the district to adopt adequate training and support to improve the plan in the future.

Calista Stork is a recent graduate of La Follette High School, and is currently pursuing a nursing degree at Madison College. She has previously spoken at school board meetings on behalf of victims of sexual assault, and stressed the importance of discussing and dealing with the issues raised by community members around Educational Resource Officers (EROs) with more transparency.

Nancy Vue Tran is the director of grants and development at Freedom Inc, and has previously worked as a public defender in Dane County. She elaborated her commitment to the demands Freedom Inc and other community members have stuck to throughout the No Cops in Schools campaign, namely the redirection of funding away from EROs into mental health support services, added layers of community input and control over hiring, and better retention of teachers of Color.

Zachary Watson has been an MMSD educator for over 10 years. Watson highlighted the continued importance of racial equity, as well as the breakdown in support across intervention strategies aimed only at “in school” or “out of school time.”

Jake Winkler works as a conservation biologist with the Wisconsin Department of Natural Resources, and serves as executive director of Madison United Rugby. He has partnered in the past with the Boys and Girls Club of Dane County and the Madison Urban Ministry.