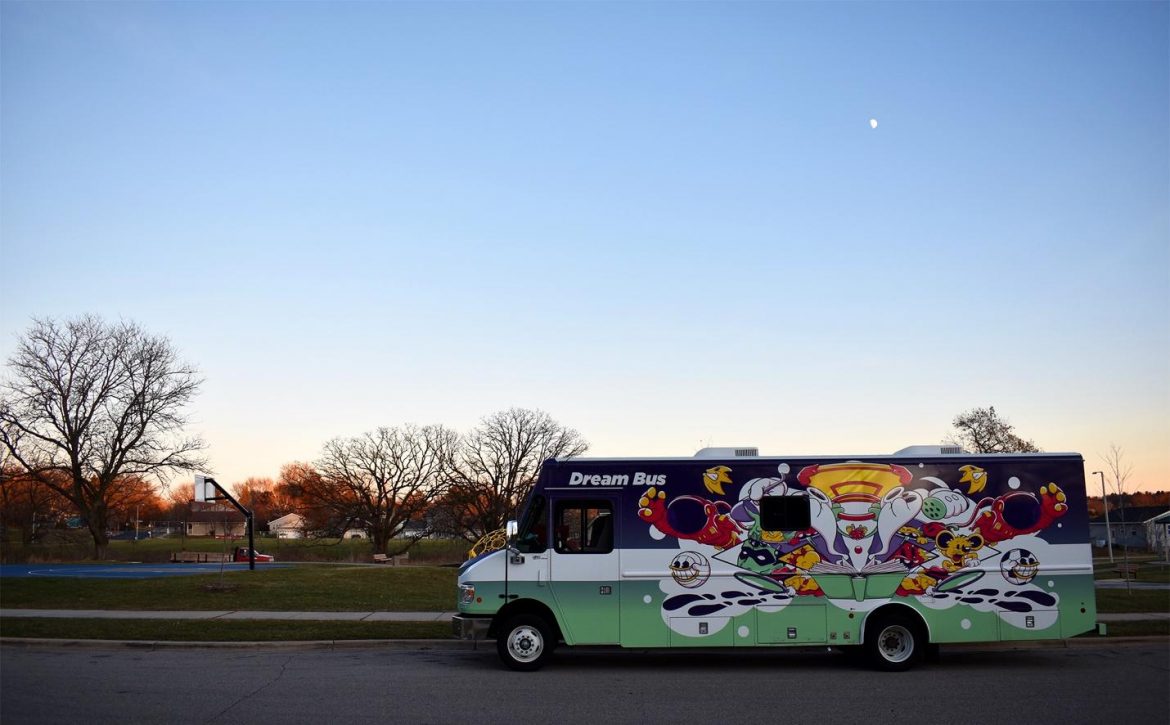 The Dream Bus parked at Allied Park in the Allied Dunn’s Marsh Neighborhood on a Friday afternoon. Photo by Shiloah Coley.

As the Dream Bus approaches seven months of operating on a regular schedule in the city of Madison, it’s become clear that the bookmobile makes access to the library less of an issue, but language barriers still hinder the Latinx population.

A collaboration between Dane County Library Service and Madison Public Library birthed the Dream Bus, which started running on a regular schedule in April 2019. The Dream Bus makes 10 stops across Madison, targeting small pockets of neighborhoods where residents might have trouble reaching the nearest library. It brings a selection of books from the library to residents. From April to September, the Dream Bus issued 304 library cards, and over 4,000 items have been checked out by visitors.

“The closest one that we go to is Sequoya Library,” said Ebraheem Hanef, a father who lives in the Allied-Dunn’s Marsh neighborhood. “Let's say that the bus transportation there, it takes a lot longer than a normal car ride would. A car ride is like six minutes. A bus ride there is probably, I want to say 30 maybe.”

So it’s a lot easier when Dream Bus can bring the library to the neighborhood.

“The neighborhoods that we happen to serve have had a combination of barriers, and transportation is certainly one of them,” said Tracy Harold, director at Dane County Library Services. “I think lower-income families also tend to have to grapple with when the library's open and when it's available to them as well, especially if you're trying to provide childcare or you're chained to trying to schedule a visit to the library around work.”

The Allied-Dunn’s Marsh neighborhood is a lower-income area where Latinx and Black residents make up over half of the population, according to a 2017 study from the La Follette School of Public Affairs at UW-Madison.

In addition to being a low-income neighborhood, there’s a significant Spanish-speaking population, which poses an additional barrier to accessing libraries and the Dream Bus.

However, often, their kids know.

“I think a lot of it ends up being more word of mouth. And certainly like we said, the kids are really, really great advertisers,” Harold said.

The Dream Bus houses a collection of books in Spanish and Spanish bilingual materials that continue to grow in popularity. 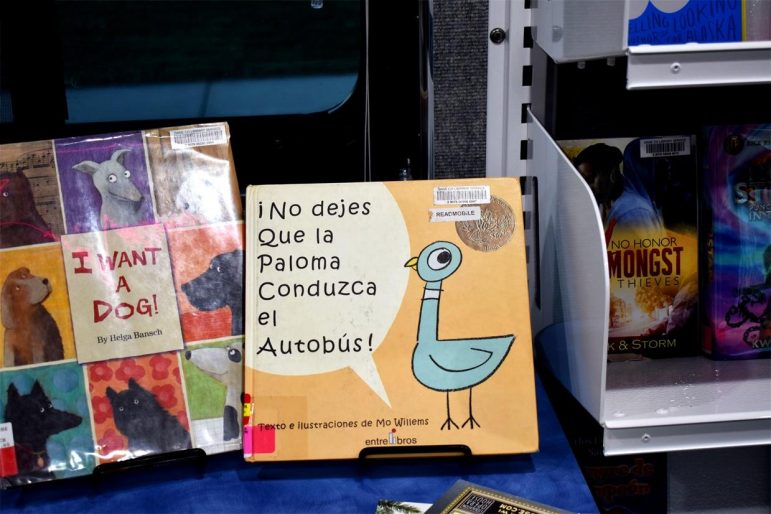 The Dream Bus has a variety of children’s books displayed near the entrance of the bus. Photo by Shiloah Coley.

Mickells said the libraries are paying attention to the growing Latinx community in Madison.

“The Latinx community is one that we recognize,” said Mickells. “That's one of my challenges with Allied Drive. Allied Drive probably is closest to our Sequoya branch. So how the need is met with the mobilized service with the Dream Bus, we're paying close attention to.”

Mickells said they’re continuously looking for ways to better communicate with the entire community to have conversations about how they can improve their services.