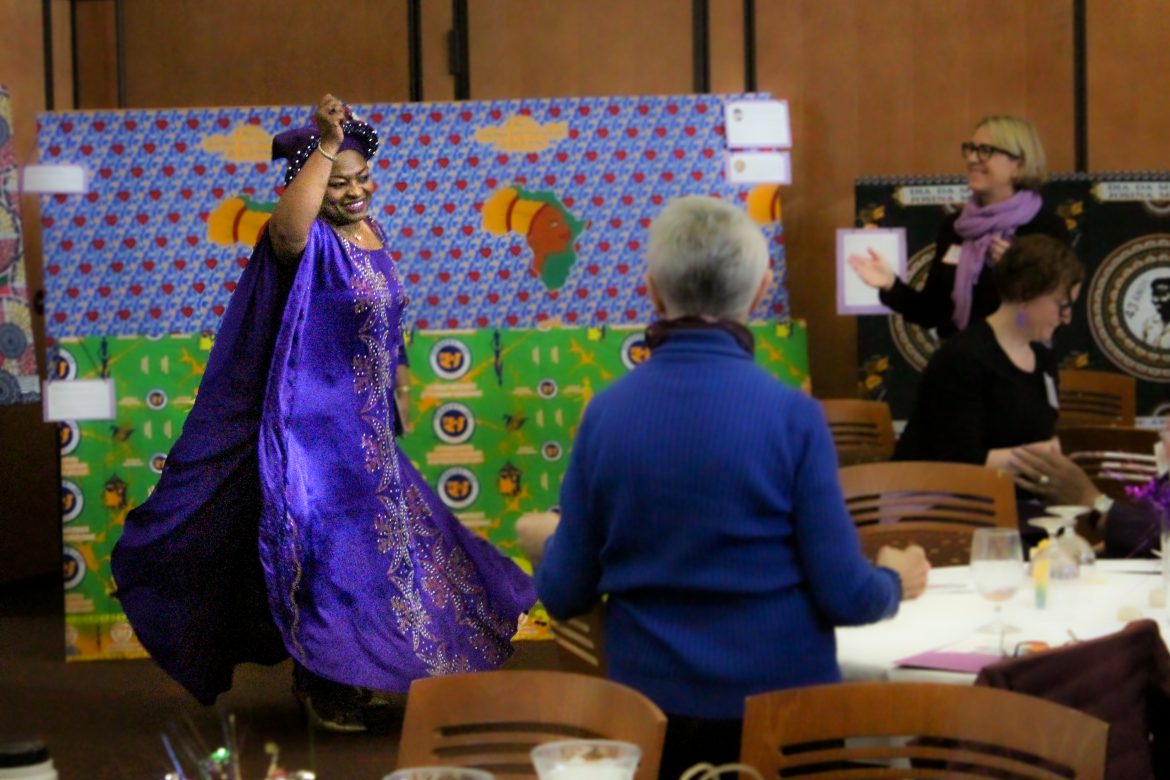 Many varying traditions or customs celebrate this day. In Italy, men take to the streets determined to give every woman a bright yellow mimosa flower to celebrate their day. Other countries have the tradition of giving small gifts to women on this day, while others give women half the day off. 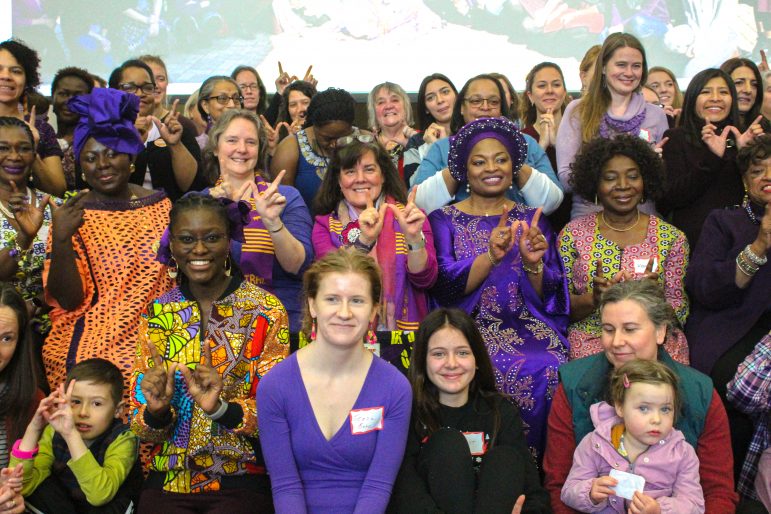 In Madison, the non-profit AFRICaide has hosted an International Women’s Day celebration for the past seven years, and this year’s theme was Each4Equal. The event was cohosted by 4W (Women & Wellbeing in Wisconsin & the World), an initiative focused on making life better for women, and it took place on Sat. March 7 at Gordon Commons in Downtown Madison.

The room was filled with mingling people, mostly women dressed in purple, a color symbolic of gender equality. Vendor tables lined the walls selling handmade goods from women around the world. The event started with a mindful yoga centering activity but quickly switched gears as the speakers blared Alicia Keys’ “Girl on Fire,” and Emilie Songolo danced her way to the front of the room.

Songolo is the founder of AFRICaide, a grassroots non-profit dedicated to helping women and girls reduce poverty in Africa. During her speech, Songolo announced that one hundred percent of the donations collected during the event are going to the education of women and girls in Cameroon and the Democratic Republic of the Congo where the non-profit is currently focusing their efforts.

The 4W Initiative also aims to use higher education as a tool for improving the lives of women around the world. Their projects are intended to empower women in the workforce, whether it be agriculture, science or another field. Equal rights in education is a major step towards equality overall.

Madison Mayor Satya Rhodes-Conway spoke about an experience she had during school in which she and her classmates were reading aloud from a textbook when she noticed that “the textbook kept saying men when it meant people.”

When it came to her turn to read aloud for the class, she substituted the word “women” each time she came across the word “men.” The boys in her class rolled their eyes, the professor frowned, but no one stopped her. It was her own small act of defiance.

“Most of the time I can ignore the misogyny,” Rhodes-Conway said. “It’s part of our protective mechanism.”

But this is what International Women’s Day is all about, Rhodes said -- celebrating these acts of defiance, small and large, and fighting for a future with equal rights for women.