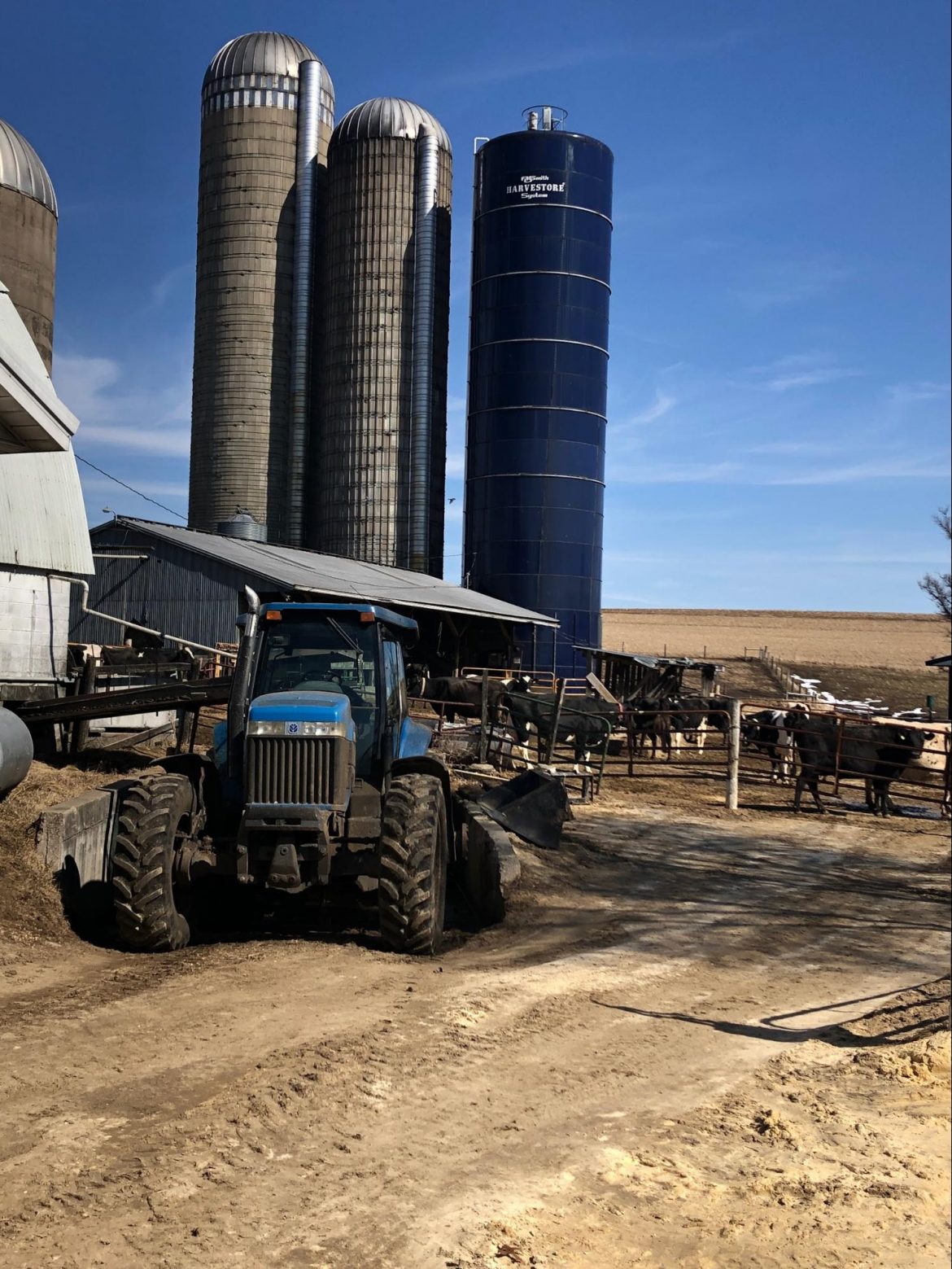 Rhonda Kirsch and her family own a 500-cow dairy farm in Hollandale, Wisconsin.

Editor's note: This story is the fourth in Madison Commons' series of profiles focused on the current climate of economic uncertainty and the 2020 election cycle.

Rhonda Kirsch and her husband and son care for 500 cows on a dairy farm in Hollandale, Wisconsin. Kirsch has been a Trump supporter from day one, voting for him in the Republican Primary in 2016.

She intends to vote for him again this November.

“I like Trump for the business,” Kirsch said. “He had a lot to clean up. I don’t know why anyone would want to be president.”

Being a small business owner, Kirsch said a good economy is essential for her professional success.

Though the dairy industry has been in crisis throughout the course of Trump’s presidency, Kirsch appreciates the efforts Trump has made to help dairy farmers get back on track. She and her farm have received special government subsidies due to milk prices being down.

Kirsch admires Trump’s social policies as well, such as his actions on gun control and immigration.

“I think we do need to build a wall,” Kirsch said. “Immigration is a problem. We can’t have all this illegal stuff; we need to take care of our own people.”

Kirsch conceded that perhaps the border wall is a little more costly than she would like, but she is happy to see the president taking steps towards stopping illegal immigration. Kirsch said she thinks that the needs of Americans must come first and feels immigrants are taking valuable resources from natural born US citizens.

“I don’t think an immigrant’s baby should become legal,” Kirsch said. “I think now you have to take care of the parents; we have enough to take care of.”

Despite the border wall being Trump’s main campaign promise and time running out in his first term, Kirsch isn’t concerned about the lack of progress that has been made on the wall. She said she admires the way the Trump administration is working to get things “back on track."

“I think the wall is going to take a while,” she said.

However, Kirsch is very concerned with gun violence for the safety of her grandchildren. She is baffled by the increase in school shootings in recent years.

“There was never school shooting like there has been," Kirsch said of previous generations. "The worst thing when we were growing up was someone pulling a fire alarm.”

Kirsch cites mental illness, social media and violent video games as the root of the problem. She emphasized mental illness as the biggest issue.

“I don’t know why all of a sudden,” Kirsch said about the correlation she notices between gun violence and mental illness.

Kirsch gives Trump’s presidency an eight-out-of-ten rating. She said the only things she doesn’t like about him are his sometimes offensive remarks about marginalized groups, specifically women.

But she added: “I’m willing to overlook his misogyny for his policy."

In relation to sexual assault allegations raised against President Trump, Kirsch said, “You wonder if, when someone becomes popular, someone is just trying to get them in trouble.”