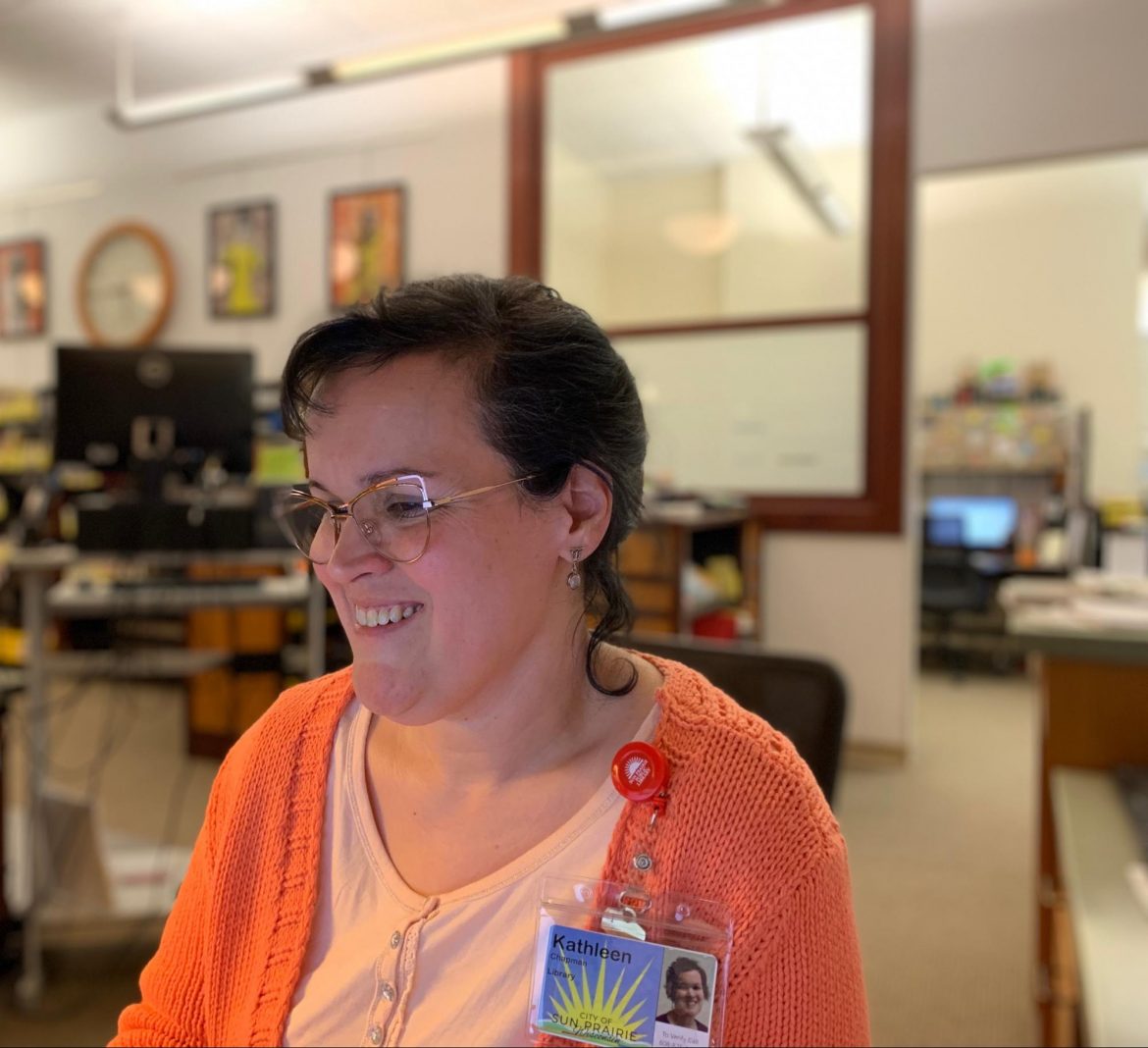 Sun Prairie resident Kathleen Chapman said she's one of many Wisconsinites upset by how this month's election was handled.

Editor's note: This story is the fifth in Madison Commons' series of profiles focused on the current climate of economic uncertainty and the 2020 election cycle.

Working as a librarian, Chapman, 46, worked her final day wondering why people would be purchasing books about the plague, amid the uncertainty and chaos of COVID-19.

A former resident of West Dundee, Illinois, Chapman moved her family to Sun Prairie in 2013 with the hope it would be a more welcoming and inclusive neighborhood. She feared the strong conservative nature of West Dundee and its public schools, especially for her daughter, Abby, who is part of the LGBTQ+ community.

As a consistent Democrat, Chapman said that while there are pockets of her neighborhood that are conservative, her overall impression is that Sun Prairie is very liberal. Residents are concerned with economic development, racial disparities and drug use among students.

“I've seen drugs take over neighborhoods and I feel like it could easily happen here,” Chapman said. “People are now vaping, and they’re using pot in the bathrooms. Punishment is very much on racial lines and that frustrates me.”

However, given the unprecedented rise of COVID-19, Chapman’s concerns about the community and the upcoming election have been slightly overshadowed. Her priorities now focus on keeping herself and her family healthy. She said she is bored, but she also recognizes the struggles faced by millions of others in the country at this time, like people of color and those in single-income households.

Though Kathleen won’t leave her home, she watches her husband leave for work each day, as he is considered an essential worker. His employment in the food manufacturing industry in Beaver Dam allows their family to maintain a steady income.

Chapman attests to her husband’s strictness in workplace standards surrounding COVID-19. In an effort to ensure the safety of all employees, Chapman says her husband has had to take drastic measures, forced to send people home left and right for even the mildest of infractions. However, some infractions are certainly worse than others.

“He said he was in the bathroom, washing his hands, and a guy walks out of the stall and starts walking right out onto the floor," Chapman said. "The kid worked there for 15 years. He fired him on the spot."

These kinds of stories shock her system, especially as an immunocompromised individual. Living with lupus, a long-term autoimmune disease, Chapman is very afraid of the spread of the virus.

“I mean yeah, I’m going stir crazy," Chapman said. "But if I get this, it’s not good. I have underlying health conditions that would make this really bad."

But more importantly, as doctors continue to test the effectiveness of different drugs to treat COVID-19, Chapman fears she will lose access to Plaquenil, the one drug that keeps her organs functioning. Reports that this antimalarial drug could be helpful to those who have contracted the new virus are dangerous and full of misinformation, according to Chapman.

“People are trying to get it, and doctors are prescribing it because of rumors that it might be helpful for COVID-19,” Chapman said. “And all because the President tweeted about it, though he's not a doctor. He is a moron.”

“At the end of the day, that should not get him re-elected,” Chapman said.

As Trump claims to be a wartime President, fighting COVID-19 like a war, Chapman recounts the ways Presidents have historically stayed in power during these times.

“During the middle of a war, we do not switch presidents, even if we think the war is going poorly,” Chapman said. “It's no small feat that Trump is trying to change the rhetoric around this, saying that he's a wartime president....”

While Chapman is not happy with the ways Trump is handling COVID-19, she is uncertain if enough of the nation agrees to get him out of office in this upcoming election. She is maintaining hope that a large group of individuals are beginning to switch sides.

“Those that were once big (Trump supporters), like the people at my husband's plant, are super upset with Trump,” Chapman said.

While the health and safety of her and her family continues to stay at the forefront of her mind, she vows to stay politically active. Her concerns for the wellbeing of certain groups in society have only gotten stronger and she hopes to be part of future change.

“You hear the rhetoric about these lazy people who want the government to hand them over a check while they watch Netflix," Chapman said. "I mean, that's the kind of rhetoric that's already starting to swarm up, and it’s disgusting. It's just disgusting. I think people talking like that ought to be tried for hate speech.”

Chapman and her friends have remained politically in-the-know, especially online, and she notes even local politics are in full swing. At such an unpredictable time, Chapman feels the need for progress is more crucial than ever.