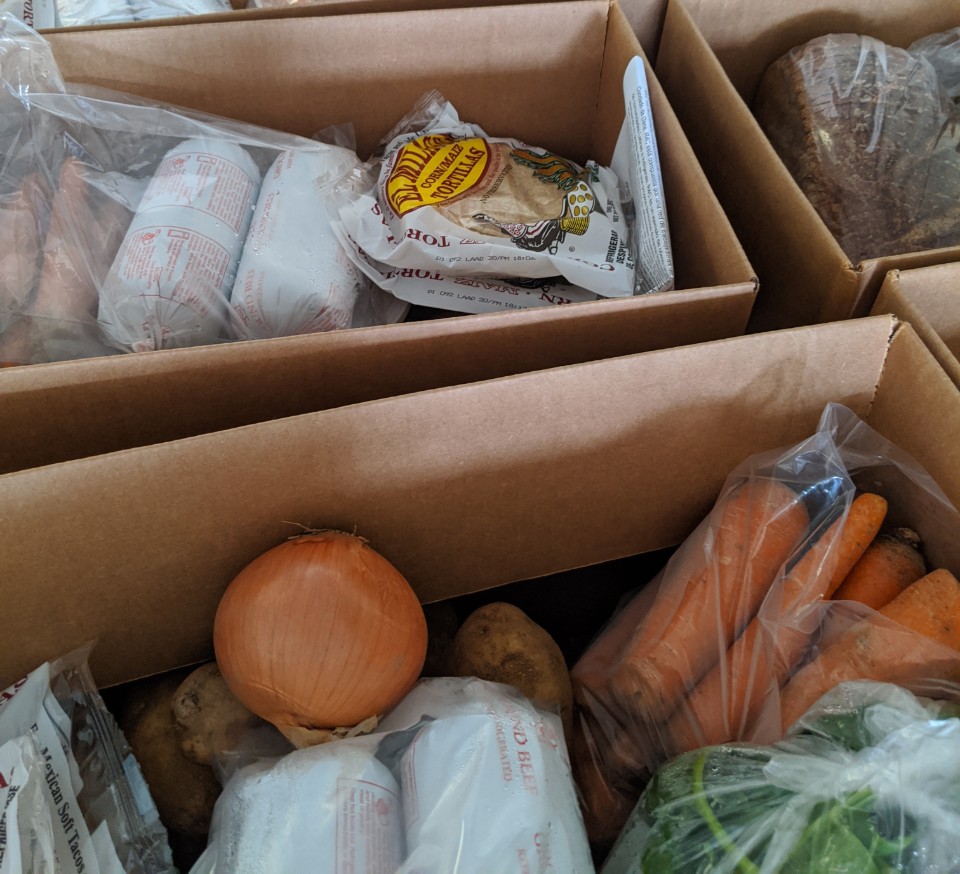 “It’s a program that was really born out of necessity and Latino America always says that necessity is the mother of all invention,” said Mariela Quesada Centeno, manager of Roots4Change / Raíces Para El Cambio (R4C).

Farms to Families / Fondo de Granjas a Familias, created by a partnership between REAP, R4C and Rooted, purchases products from regional family farms and provides food to Madison-area families, some struggling with lack of access to social services and federal anti-immigration provisions. These groups had already been working together to increase food access for months prior to the pandemic.

“When COVID-19 hit, we had our regular meetings planning together but we realized we could not keep planning for the summer like we were. Things were changing week to week,” Quesada Centeno said.

She said Latino/Indigenous families are uniquely impacted by this crisis, making up 40 percent of service workers in the county. Furnter, Latino and Indigenous families with children are far more likely than others to fall below the poverty line. Members of this community are also least likely to seek help from established food and support programs because of social isolation and fears surrounding immigration status.

She said they have partnered with schools, farmers’ markets, stores, and other community organizations. Between R4C’s screening process and on-the-ground work with families as community health workers and doulas, the initiative reaches up to 200 families (up to 1000 adults and children).

“We set a goal of raising $25,000 and the community has really risen to the occasion,”  Sarakinos said.

She said they’ve given out boxes for about three weeks. Boxes include items such as flour tortillas, beef, potatoes, and loaves of bread. REAP’s staff on this project include Haley Traun, Farm to School & Community Interim Director, and Noah Bloedorn, Farm Fresh Atlas Coordinator. Quesada Centeno explained R4C split the work between eight people who put in 25 hours a week, and also recruited six drivers to help deliver food.

“We didn’t want to rely on volunteer labor when people are looking for jobs,” she said.

Quesada Centeno said R4C began reaching out to families “hand by hand” and “voice by voice.” The women reached out to families dealing with similar issues in their community on Facebook or called them on the phone. She said they also started collecting data manually.

“We started feeling it very quickly because we are a part of the community,” said Matilde Cachiguango, an R4C member and owner of Sabiduría Nativa, LLC. 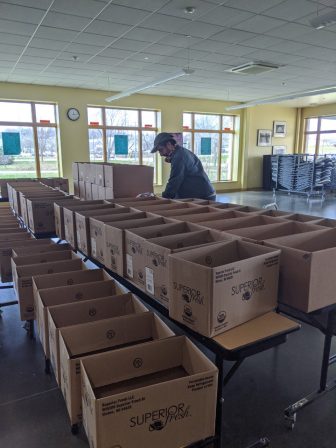 Roots4Change / Raíces Para El Cambio is a community health collective started by six health care entrepreneurs in June 2019. Members serve as doulas and “Promotoras de Salud/Community Health Workers.” Cachiguango said since all of them are already immersed within the community, they began hearing about people around them struggling to pay rent or pay bills.

This initiative centers mutual aid, voluntary reciprocal exchange of resources and services for mutual benefit. R4C member and owner of Samay Pacha, LLC Aida Inuca said she learned a lot through this experience. She also said she felt at home working with families in the same situation as her.

“There’s a lot to learn because going through this crisis feels like a black hole but the boxes represent hope,” Inuca said.

Quesada Centeno said the initiative is also about decolonization. She describes Farms to Families / Fondo de Granjas a Familias as a gateway to opening up a bridge between the food system and the healthcare system about health determinants.

“This landscape is giving R4C and REAP’s partnership an opportunity to re-appropriate the meaning of sustainable local food systems and move it to revive an equitable system, based on mutual solidarity: farmers need to make a living and people deserve to eat wholesome food,” Sarakinos said.