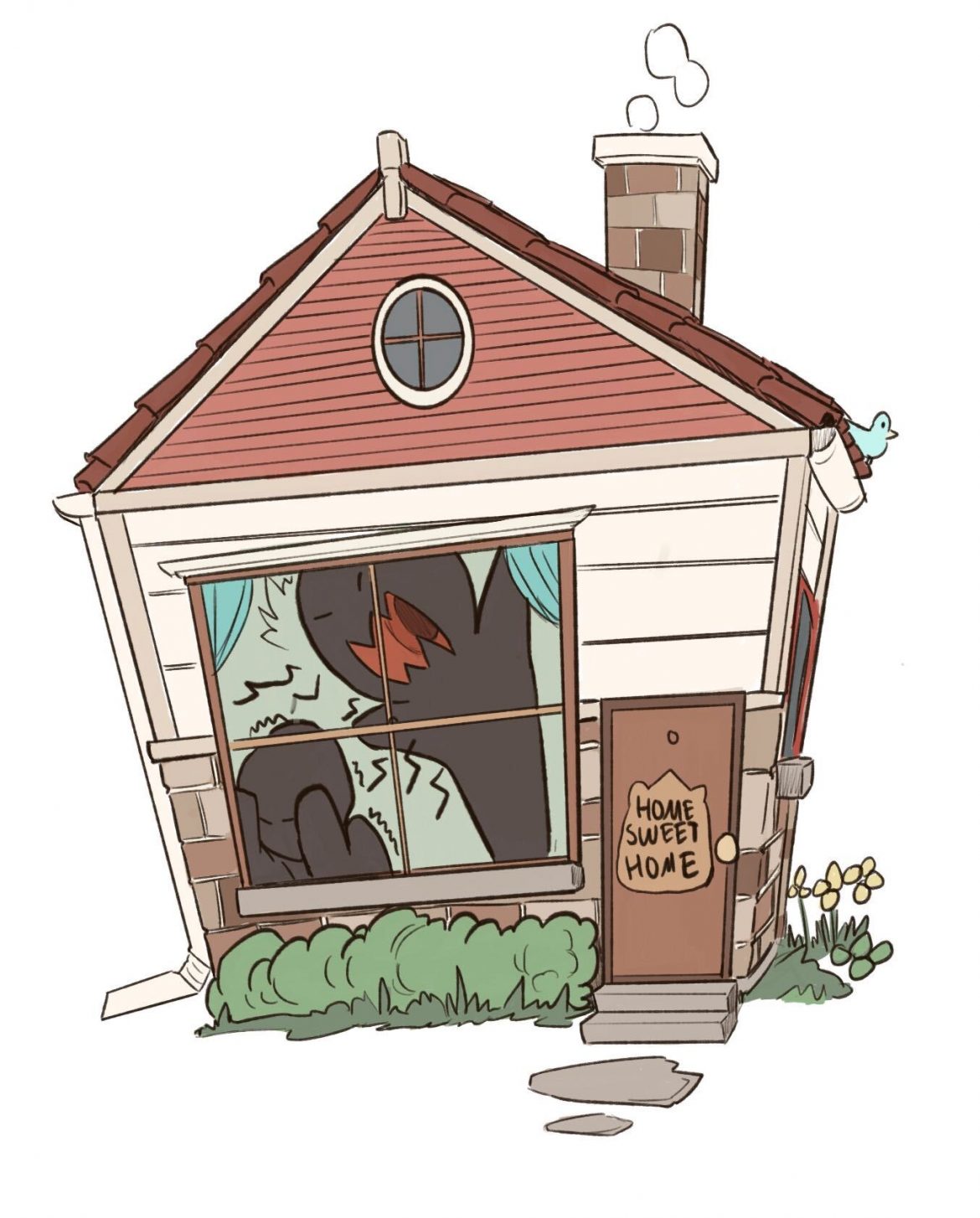 Though Madison Police Department has only had a slight 4% increase in domestic violence calls since the “Safer-at-Home” order’s been in place, it likely isn’t representative of what’s happening behind closed doors.

Data suggests domestic abuse is proliferating around the world in conditions created by the coronavirus pandemic.

Across the globe, as more and more people are quarantined at home with state-mandated ‘shelter-in-place’ orders, there’s been a surge in cases of domestic abuse calls, the New York Times reported.

Approximately six weeks before the end of 2019, United Way of Dane County informed Barry it was pulling its investments in DAIS’ programs — almost $200,000 a year — after 42 years.

“[It] was a huge blow for the organization and one that we weren’t really anticipating,” Barry said. “We were going to step up and do what we could do to fundraise to fill that gap, but the pandemic has really limited the intensive fundraising that we need to do.”

DAIS is facing a potentially significant revenue shortfall. With the spread COVID-19, the organization had to close its business office and postpone its biggest fundraiser of the year.

Fortunately, in late March, DAIS received a $58,000 grant in emergency-shelter funding from Dane County, along with a grant from the Boys and Girls Club, to maintain services during the pandemic.

“DAIS is an invaluable organization in our community, and we are committed to making sure those experiencing domestic abuse continue to have access to essential resources, especially during this challenging time,” Dane County Executive Joe Parisi said.

The county’s grant will help ensure the continued operations of Dane County’s only shelter for domestic violence victims as well as the DAIS helpline, a service Barry said is more important now than previously.

“We anticipate that we are going to see more people contacting us, even if the relationship hadn't escalated previously to physical abuse,” Barry said.

Domestic Violence Calls and the Potential Toll of Economic Stress

Since Gov. Tony Evers implemented Wisconsin’s “Safer at Home” order on March 25, the Madison Police Department has had an average of 8.75 domestic violence calls a day — a 4% increase from before the order was in place.

The order is now set to continue until May 26 — a prolongation heavily contested by state Republicans and the reason for protests across the state. But the extension also raises concern longer movement limits will lead to even more cases of intimate partner violence.

“The irony is the governor's executive order is called ‘Safer at Home’ and for many people home is the least-safe place,” Barry said. “DAIS will continue to be available during this time and when [the] 'Safer at Home' orders are lifted. We are prepared and ready to respond.”

Barry added everyone knows someone who's been affected by intimate partner violence — just not everyone discloses that information.

In some cities, domestic abuse reports are actually decreasing, causing even more concern victims are unable to alert authorities from state officials.

DAIS saw this trend during the 2008 economic recession. Between 2008 and 2009, there was a 108% increase in the number of people contacting DAIS to seek shelter services.

DAIS expects a similar trend during the coronavirus pandemic, as well.

“Now, we have a situation where people are struggling financially,” Barry said. “There's a lot of fear and anxiety within our community about this illness, and, on top of that, you have…a whole other layer of stress as families have [everyone] home together at once.”

Safe at Home: The Significance of a Protective State Program

Despite the potential for increased domestic abuse rates, state efforts remain to help mitigate some of the adverse effects of the pandemic for victims of abuse.

Safe at Home, a program established by state law in 2017 and housed within the Department of Justice, works with local advocacy agencies, like DAIS, to provide address confidentiality for abuse victims.

The program is available to those who have experienced any kind of abuse — such as trafficking, domestic abuse, sexual abuse, child abuse and stalking — or certify they are in fear of their physical safety. The DOJ acts as a repository for the victim's actual address, issuing a substitute one used for all intents and purposes, and then forwards mail to each participant’s actual household.

With lots of important documents being sent in the mail during the pandemic, Safe at Home — not to be confused with the governor’s executive order “Safer at Home” — is focused on maintaining the continuity of the program, according to program director Erin Welsh.

The program has received an increased volume of calls from individuals looking to get additional information on the governor's order due to the similarity in the name.

Welsh said not only is she able to point those callers toward reliable sources, but she also uses the opportunity to inform them on the Safe at Home program itself.

“We want to connect with local advocacy agencies to make sure they can provide continued services and continue to help folks enroll in the program,” Welsh said. “It's [also] really important to be able to continue to forward mail to our current participants. Just because our operations may be somewhat limited and folks might be working from home doesn't mean our services are any less important.”

If anything, receiving physical mail is more significant now than it’s been the past several years — especially with the pandemic coinciding with an election cycle.

Enrolling in the Safe at Home program allows participants to become a confidential voter, meaning they aren’t required to disclose their address when registering or voting. In order to do so, however, they need a confidential elector affidavit, and they must vote in person, posing a safety issue during the pandemic.

Welsh spent the past month prioritizing election materials, making sure all affidavits were updated and filed with their respective clerks in a timely manner.

“I think, like anyone else, folks scrambled at the last minute to figure out how [they] can vote safely,” Welsh said. “And that means not just in light of COVID, but other security needs for our participants.”

“We're responsible for that information,” Welsh said. “It's just figuring it out and maintaining the level of service our participants need to stay safe and continue to function the best they can as they figure this out themselves.”

At the end of the day, Welsh said both Safe at Home and local advocacy agencies have the same goal: getting the message out that services are still available to those who need them.

Anyone in need of assistance or services can call DAIS’ helpline at (608) 251-4445. Those with less crisis-based issues can email the helpline at crisisline@abuseintervention.org.