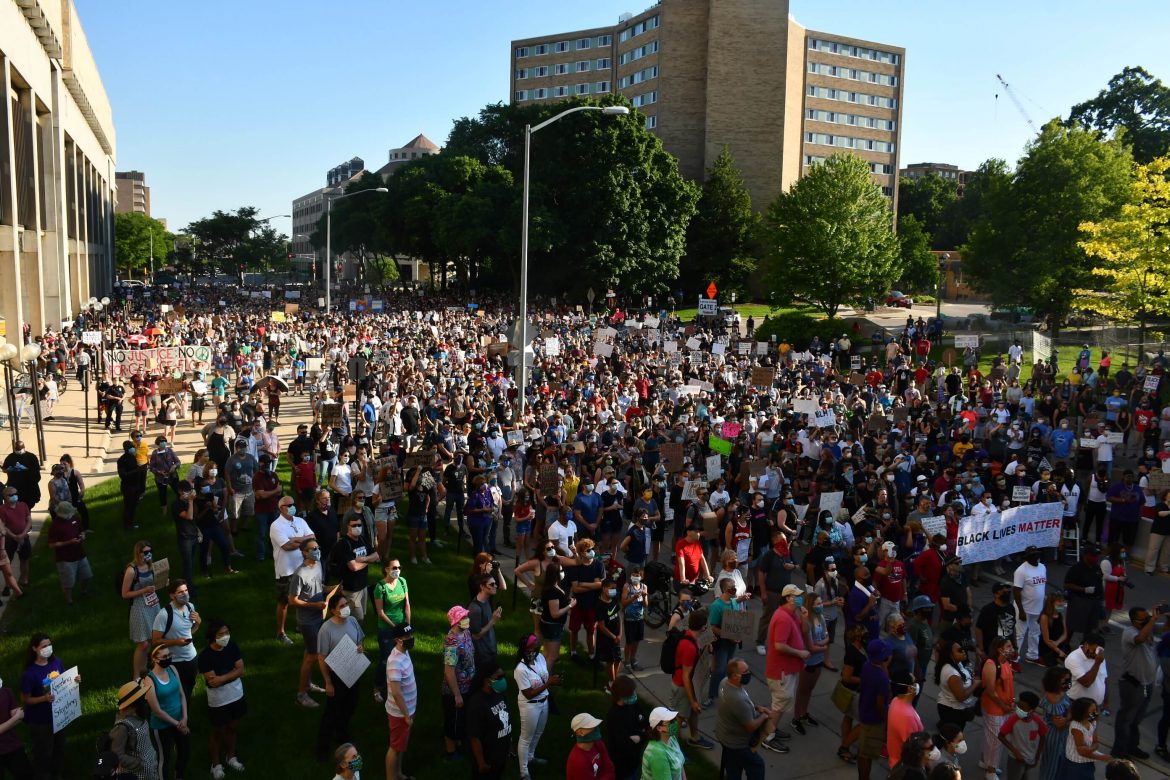 On day number seven of protests in Madison, thousands turned out in representation of the faith community.

The Black Lives Matter Solidarity march organized by the African American Church Council started at the Bethel Lutheran Church Sunday evening at the intersection of University Avenue and Park Street and ended at the state Capitol. Every nine minutes the group, which stretched for blocks, stopped in recognition of the 8 minutes and 46 seconds in which a white police officer knelt on the neck of George Floyd.

During the march, protesters sang through a microphone, “Ain’t gonna let nobody turn me around,” and “Oh freedom.” Once the crowd made it to the Capitol, a stage was given to Black female leaders in Madison including Lilada Gee, CEO of Lilada’s Living Room; Vanessa McDowell, CEO of the YWCA; Gloria Ladson-Billings, the Kellner Family Chair in Urban Education at the University of Wisconsin Madison; and Barbara Harrington-McKinney, an alder on the Madison Common Council. McDowell called for the crowd to take tangible action after the protest was over, including donating to female-led organizations, funding Black churches so they can purchase their own buildings and stopping the gentrification of the South Side of Madison.

Ladson-Billings said this is a tipping point in history. And she asked the faith community, which she said has been largely silent, to get louder. Gee, in moments of tears, told the crowd to remember the killing of Black women across the United States.

“Even in the midst of a pandemic, the world stopped protecting themselves from a distance to protect and protest the heinous killing of George Floyd by a police officer in the streets of Minneapolis,” she said. “Yet... year and year, decade after decade, century and century we have remained largely silent of the atrocities that have devoured the bodies, the spirits, and the minds of little Black girls and Black women every damn day.”