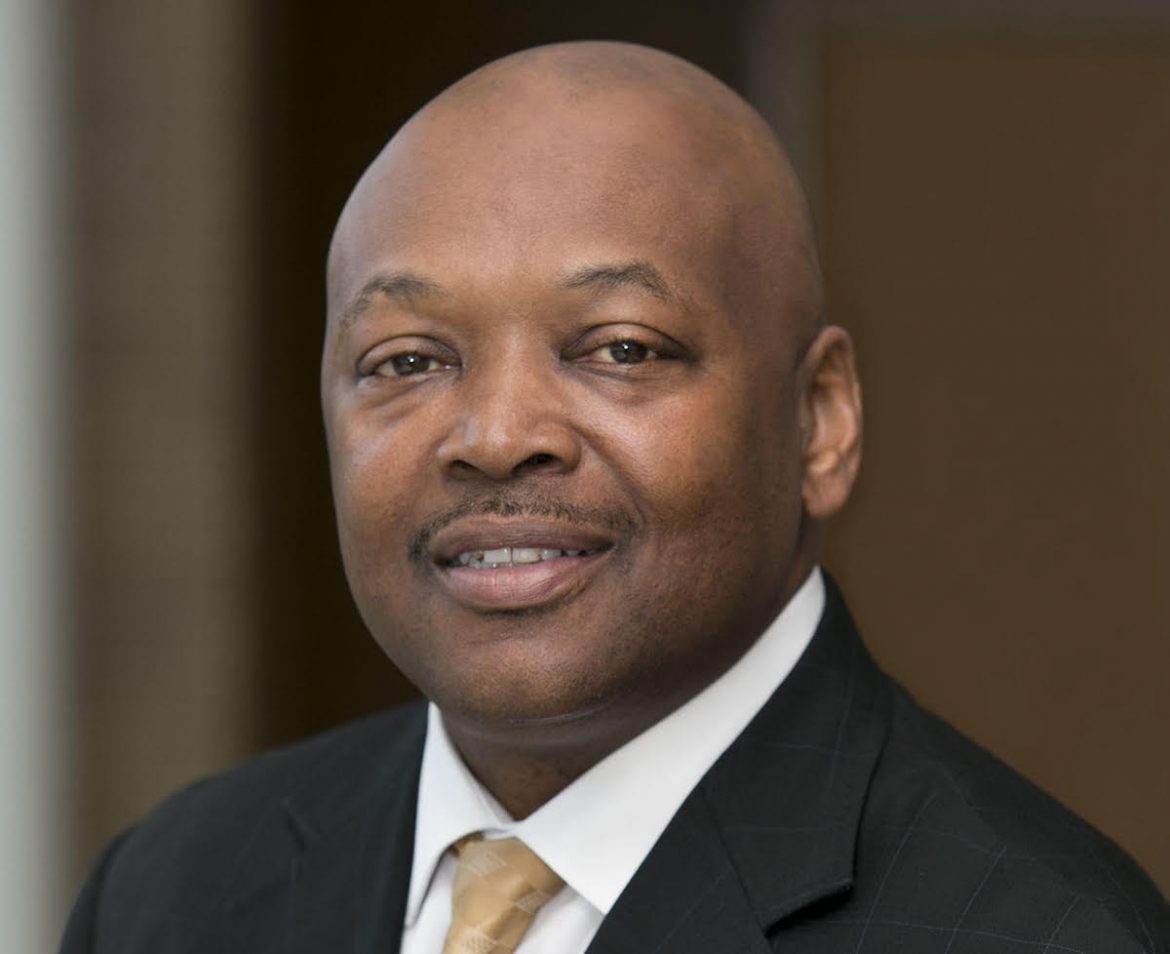 A virtual reception hosted by local Black leaders to welcome Carlton Jenkins as the new superintendent of Madison schools was filled with overwhelming excitement and deep sense of hope, as Jenkins said his move to Madison to address educational disparities is his contribution to the movement inspired by the death of George Floyd.

The reception was hosted by a number of prominent African American groups in the Madison community, all of whom played a part in advocating for Dr. Jenkin’s hire. The Black Leadership Council, Urban League of Greater Madison, Omega Psi Phi Gamma Gamma Gamma Chapter, the African-American Council of Churches, Blacks for Political and Social Action of Dane County and Sherman Church all had their leaders and group members attend the reception, many of whom spoke to greet Dr. Jenkins and his family and welcome them into the Madison community.

As community leaders took turns speaking, a strong sentiment of joy and gratitude dominated the reception. The racial history of Madison was laid bare and inspiration was drawn from historical figures such as Malcom X and Fannie Lou Hamer.

“We were just sick and tired of being sick and tired,” said Kirbie Mack,Vice president of Blacks for Political and Social Action of Dane County (BPSADC) who played a role in advocating for Dr. Jenkins to be hired.

After 13 black community leaders signed a letter expressing their concerns about the hire of Matthew Gutiérrez in January, and calling out what they felt was a flawed process that didn’t include input from the black community, they knew, when Gutierrez rescinded the position, that they had to get to work.

“We knew we had to come together and find an articulate, qualified, competent [person];, an expert in educational practice,” Mack said. “Dr. Jenkins, we knew, when we saw you, when we met you, we knew that you were going to be the candidate for us. And we are so pleased that you decided to come back to Madison … We have chalked up a number of accomplishments since we came together and formed our organization and the one we are most proud of, Dr. Jenkins, is you.”

Jenkins was an assistant principal at Madison Memorial in the early 1990s, and earned his PhD at the University of Wisconsin.

Reverend David Hart of Sherman Church set the tone for the reception by welcoming Dr. Jenkins into the Madison community.  He introduced the evening by describing a young person who moves through the MMSD system and graduates totally equipped to “break glass ceilings” because Madison is the “home of a great educational system.” He spoke futuristically, conveying a tone of hope as the reception continued.

Other leaders had a chance to speak at the reception, extending their gratitude for Dr. Jenkins and reminding him of the support system he will have once he arrives in Madison. Rev. Dr. Marcus Allen, pastor of the Mt. Zion Baptist Church and president of the African American Council of Churches; State Representative Sheila Stubbs; and Dr. Ruben Anthony, President and CEO of The Urban League of Greater Madison, all spoke.

”Nobody is expecting you to come here and do it by yourself. We all stand ready to help you make it happen. And we all have the confidence that you have the right vision and that you’re going to fix this thing,” said Anthony. “We can turn this awful thing around”.

“We saw you as innovative, we saw you as willing to stand in the gap and also as somebody who would really lead the district,” Ladson-Billings told Dr. Jenkins during the reception.

Community leader Kaleem Caire, founder and CEO of One City Schools, talked about the momentum that he feels now in the black community and how that momentum was created by a lot of people. A lot of those people attended the virtual reception.

“We’re at a point now where we need you in this job," said Caire.

Before the close of the reception, and Dr. Jenkins’ final words, James Howard, former president of the school board, referenced what he felt was a historic turning point for the black community of Madison: The creation and subsequent rejection of Madison Preparatory Academy by the school board in 2011, an effort led by Caire.

Howard told Dr. Jenkins, “You can have the entire community supporting an issue, supporting a cause, and it can still fail...Black students are at nine percent proficiency. Ninety-one percent are  below standards. We can do better and we must do better.”

This was a pivotal moment in the history of Black education in Madison and Howard felt it important to convey this message to Dr. Jenkins in order to more deeply understand MMSD’s history.

Historical references like this peppered the reception to set the context for the current moment in MMSD that Dr. Jenkins will be arriving into.  The experts and community leaders collectively agreed that they do not want black students coming out of school who are not literate or numerate. The word “momentum” was used several times throughout the evening and the tone of hope and excitement remained throughout the hour.

In his closing remarks, Jenkins said he was ready for the job, saying his goal is to build change strategically, not quickly.

“I did an environmental scan across the nation…but I saw very little in terms of strategic action, where people come together and really say ‘hey, we’re going to change. We’re going to disrupt this, for real,’” he said.

Born and raised in Phoenix City, Alabama, Jenkins credits his mother’s expansive vocabulary (she made it to 10th grade) and his father’s knack for mathematics (he made it to third grade) and the love and support of his family for his successes. He also credits the historically Black college he attended, Mississippi Valley State, where “they take you where you are” as well as the barber shops in Beloit, where he worked as an associate principal and principal, for contributing to his educational experience.

He said he was humbled and inspired by the support of the community and understands the scope of issues from a data standpoint.  He also said he had no plans to move back to Madison, but after George Floyd's death, he asked himself the question, “so what am I going to do?”

Jenkins wasn’t sure Madison was ready for him.  But then he looked at the data.

”When I looked at the data, the data is atrocious but I see some opportunities in it. Because I see enough of the good people...and when brother Floyd got lynched 16 miles from my home I said ‘what am I going to do now about the movement’?  Because that goes back, too, to education… We gotta get to work right now ... how can we strategically take the long view of this work and work backwards? Because there will be hills and there are going to be some valleys. Everybody’s gotta be in this game, for real. I’m not going to cheat our kids. I’m not going to cheat our community.”