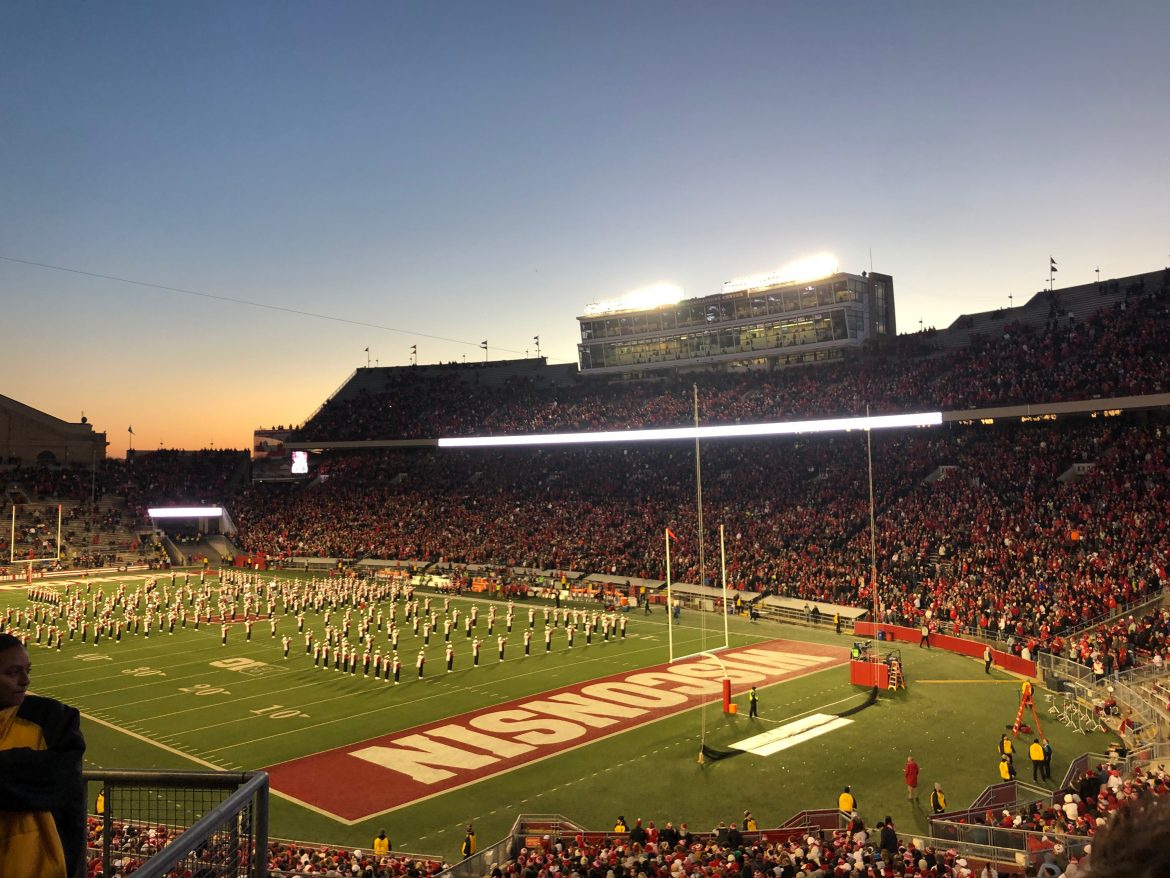 At the University of Wisconsin-Madison, football Saturdays usually mean large crowds, packed bars, and a football stadium full of thousands of fans. But this year will be markedly different.

Nearly a month ago, the Big Ten announced that football would be returning for the 2020 season, reversing an initial decision to postpone all fall sports.

On October 7, citing a rising number of COVID cases across the state, UW-Madison announced it would no longer be allowing families of players and coaches inside Camp Randall Stadium, and is restricting access to essential personnel only.

Lucas Simon-Wambach, General Manager of SconnieBar, said he feels torn about the return of Badger football this fall.

“On one side of things, as a bar manager, it definitely was exciting to hear and a good thing to hear for us,” Simon-Wambach said. “Any sort of Badger sports, specifically football, are our biggest days as far as sales go.”

However, Simon-Wambach said he felt “hesitantly excited” with regard to the additional guidelines that would come with football’s return.

“This entire time for us has been a bit of a struggle and kind of a rollercoaster as far as making sure that we’re keeping everyone safe at all times,” Simon-Wambach said.

Simon-Wambach said SconnieBar has several preventative measures in place right now, such as wiping down high-touch areas, placing hand sanitizer dispensers throughout the bar, ensuring the wearing of masks, and asking customers to stay seated at all times. In addition, the bar is now instituting temperature checks at the door from 8 p.m. to close, Simon-Wambach said.

SconnieBar also met with Public Health Madison & Dane County (PHMDC) earlier this month to discuss the health guidelines and make sure that their staff was informed, Simon-Wambach said.

Doug Voegeli, Director of Environmental Health for Public Health Madison & Dane County, said that PHMDC met with several operators along Regent Street in anticipation of game day. Voegeli said that while they are still allowing businesses to operate on game days, things will look very different for UW-Madison’s football season this year.

“We’re not completely closing down any of the [businesses],” Voegeli said. “They can still have business there and can still have people there, [but] it’s going to be really severely limited in the beer gardens on Regent Street.”

SconnieBar will have one such beer garden. Simon-Wambach said the key difference in the beer garden this year is that the bar is requiring everyone to remain seated.

“Where we’d normally have a 1,200-person beer garden with everyone standing, doing the Jump Around, dancing...we’ll still do our best to have that game day atmosphere there, but everyone will be seated,” Simon-Wambach said.

Voegeli said PHMDC is not issuing any temporary event permits this year, which means that those who would normally come to Madison on game days to temporarily run beer gardens will not be able to do so. The combination of working directly with operators, restricting event permits, and educating the public is what Voegeli hopes will deter people from visiting the Regent Street area.

“We’re just really trying to downplay that whole area as being the party atmosphere that it normally is on a regular basis for a regular football Saturday,” Voegeli said. “This is not going to be a place to come and watch the game or have a large gathering because it’s not going to be allowed or set up that way.”

Voegeli said that for those who do choose to go out, he would suggest arriving early, as businesses have strict capacity limits and establishments defined as bars will have no indoor service allowed.

According to PHMDC’s Emergency Order #9, bars, or “taverns,” are defined as establishments in which alcohol sales make up 51% or more of the total sales. While they are allowed to have seating outdoors, taverns can only remain open indoors for the purposes of ordering, pick-up and payment.

For SconnieBar, which offers indoor and outdoor seating, Simon-Wambach said that they are working with LineLeap to encourage pre-ordering and table reservations as a way to avoid long lines and gathering in large groups while waiting for tables.

There are high costs associated with breaking guidelines, which Voegeli said he hopes will deter establishments from doing so.

Voegeli said that the difficulty with enforcement will likely be with regard to house parties and gatherings that occur in private homes.

In mid-September, PHMDC released a statement discouraging fans from gathering to watch Badger football games. According to Sarah Bahauddin, president of the Vilas Neighborhood Association, the VNA is also asking its residents to avoid hosting watch parties, and if they choose to do so, to follow public health guidelines on the number of people allowed, the wearing of masks, and social distancing.

Furthemore, a letter was released on October 12 from the Madison Police Department reminding residents of the consequences for violating the public health order, and specifically discouraging unlawful house parties and gatherings.

“We’re not trying to rain on anybody’s parade or anything like that,” Voegeli said. “It’s just … let’s do what we can to keep our numbers low.”

Voegeli emphasized that game days this year will not look like those of the past, and encouraged fans to watch the games from home in small groups of people.

“If we can do this for this season, then that’s more likely that we can have something next season that will be more back to normal,” Voegeli said. “But if we can’t control it and it keeps going, then this just drags on longer and longer.”