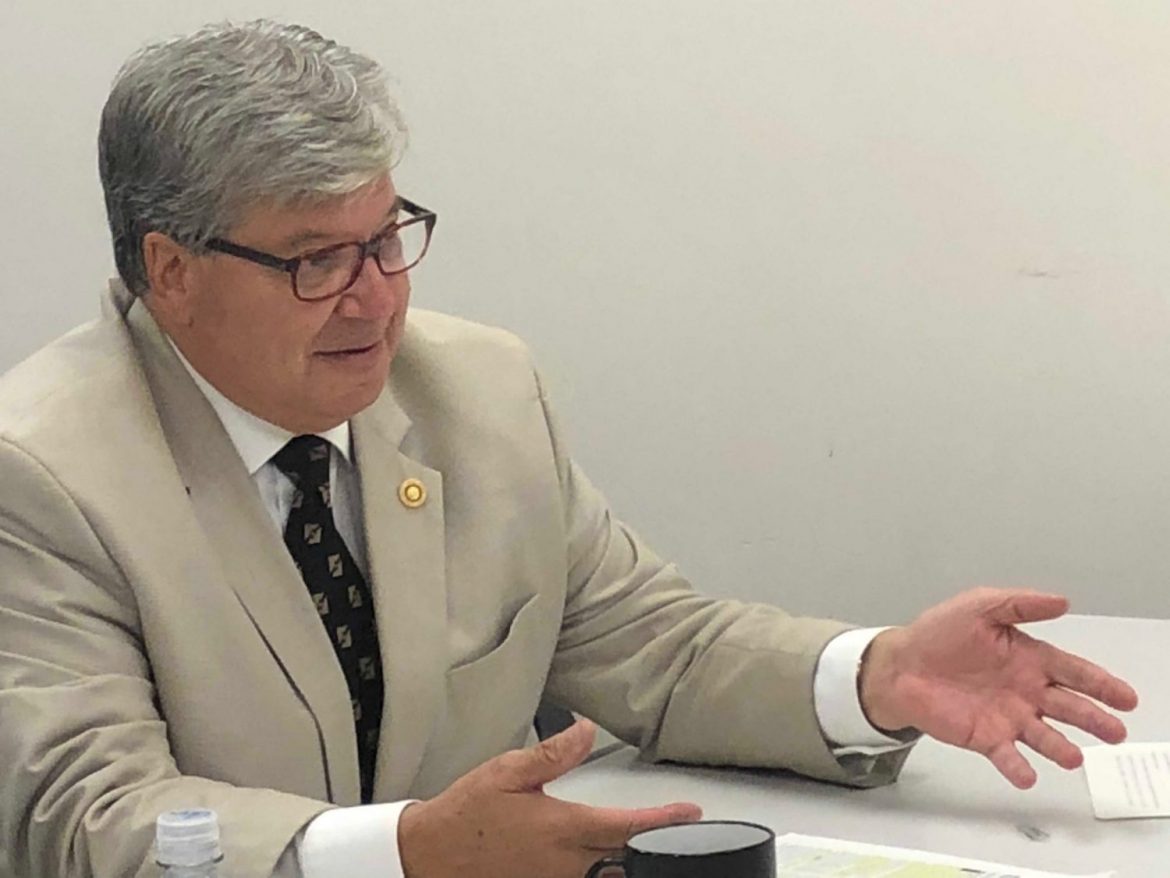 At the beginning of 2020, Nino Amato had no intention of running for common council. After a successful career in the private sector, in which he held roles such as the CEO of the Coalition of Wisconsin Aging and Health Groups, the Public Policy Chair for United Against Hate, as well as the President of the Madison Equal Commission- to name a few- Amato planned on stepping back, focusing on teaching, and taking time to be with his family.

However, after seeing crime and racial disparities rise this summer, he decided to run for alderperson in Madison’s 9th District.

Now, Amato is running against the incumbent, Paul E. Skidmore, with a progressive campaign that is centered around racial disparities in Madison.

“The real focus [of the campaign] is racial disparities. It has to be,” Amato said. “If we don't begin to make Madison a more inclusive community, we will be called the Naples of the Midwest, where only wealthy people can live here. The racism in the city denies people of color an equal opportunity to educate their children, keep them healthy and advance economically.”

Amato grew up in the racially diverse Greenbush neighborhood, which has been called “Madison’s Ellis Island.” He explained that while he cannot speak to the experiences of anyone of color, he has witnessed institutional racism first hand in his neighborhood growing up. As an always-active citizen of Madison’s local government, Amato is running in order to see change.

“I’m proud of the city, don’t get me wrong. I’m a product of the university. But you just can't go about business as usual.We have to make some systemic changes,” Amato said. “I believe that this mayor still has the potential to turn things around, but she needs help.”

This is not Amato’s first time running for the position. In 1975, when Amato was a graduate student at the University of Wisconsin’s La Follette School of Public Affairs, he ran against the city council president and won.

“It was a surprise victory because the incumbent had all of the backing of all the powers that be...and we beat him,” Amato said.“It was a great experience to be on the council back then.We got a lot accomplished.”

Along with his plans to address racial disparities in the city, Amato also plans to tackle health and economIc concerns that resulted from the COVID-19 pandemic, and restructure Madison's local government and police departments.

“I want to look at neighborhood policing and re-examine the structures of government, to make it more cost effective,” Amato said.

Amato draws on his experience from his many other roles in order to develop his plans for the future. In the case of restructuring the government, he wants to use the same strategy he used when he was the President of the Wisconsin Power and Light Foundation.

As for health care, Amato wants to develop a system that not only addresses the problems created by COVID-19 but is also centered around prevention and wellness, which includes essential elements that are often overlooked, such as dental care.

“We need to do an extreme review of how people in the city and the surrounding areas could not get the necessary health care and attention immediately,” Amato said. “When people fall off a cliff, we fix them up. But we have to put a fence at the top of the cliff.”

Overall, Amato hopes to bring new ideas to the table should he be elected this April. Although this campaign was not originally part of his plans, he is willing to put in the work in order to address the problems that he feels are not being handled as they should. As a life-long member of the Madison community, he is committed to bringing about meaningful change to his city.

“I have a long history with Madison; that’s where I get my values, relative to who I am and what I’ve been doing,” Amato said. “I see myself as a resource on the city council level, bringing new ideas, and really trying to triage them through and build support to get us to think in different ways.”

Amato faces Doug Hymant, Nikki Conklin and incumbent Skidmore in the February 16 primary. The top two candidates will face off in the general election on April 6.