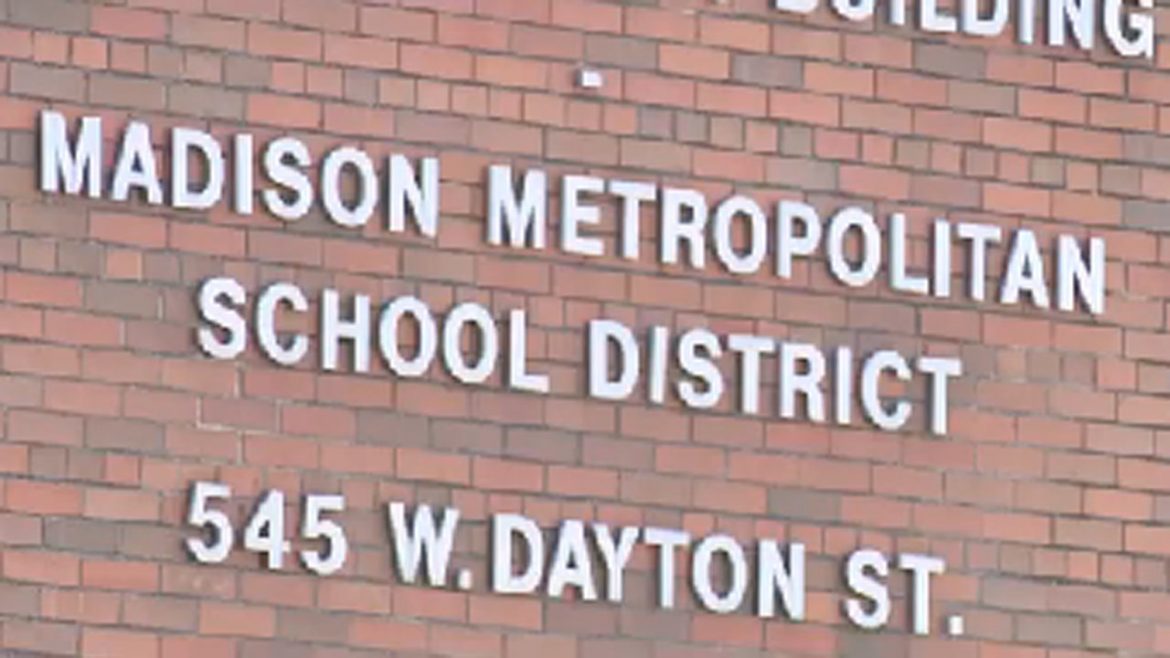 Amid vaccine delays and the spread of new COVID-19 variants, parents and teachers have mixed reactions to the announcement that Madison Metropolitan School District will resume in-person instruction for grades 4k-2 starting this week.

According to their website, MMSD will be phasing in younger grades for the return of in-person instruction. Kindergarten will return on March 9, first and second grade will return on March 16, and 4-year-old kindergarten will return to two full days a week starting March 23. No plan is in place yet for other grades, though The Capital Times reported that if other grades do return to in-person learning, they will not begin until after spring break ends on April 4.

Parents can opt to continue virtual learning for now, and they will also have the option to begin in-person learning in early April. For parents who choose in-person instruction, their students can switch back to virtual learning at any time.

“There is still a pandemic”

Ilana Seidman, mother of an MMSD kindergartner, says she’s not sending her child back for in-person learning because “it’s just too soon.”

“There is still a pandemic, and throwing children into schools, like lab rats, just to see how it works is something they've been doing in other states, and I'm incredibly disappointed that MMSD decided to follow their lead,” Seidman said.

Seidman pointed out that the long-term effects of COVID-19 are still unknown, and returning to in-person instruction could create major health problems down the road for students infected with COVID-19. 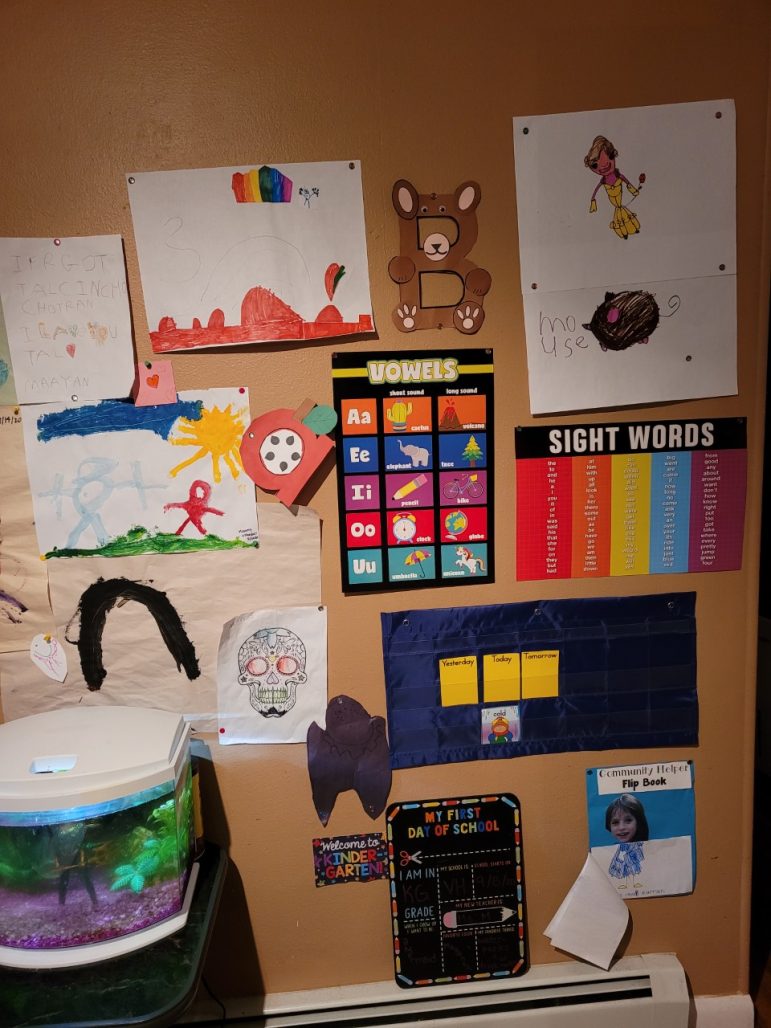 “Education doesn't matter if you're dead, or if you're very sick,” Seidman said. “When these kids turn into teenagers, if they have long term complications from COVID, they're never going to be able to play sports...I mean, we don't know the long term impacts of COVID.”

In addition, Seidman said that students could act as asymptomatic carriers, passing COVID-19 onto those in higher risk categories.

“Even though children can be asymptomatic, they can give it to an older staff person. They can give it to their grandparents. They could literally be killing family members by accident, because they don't even know that they have it,” Seidman said.

Karl Schlenker, parent of a 2nd grader in MMSD, said he will not be sending his child back to school because Schlenker himself is immunocompromised.

“For our family, it’s a significant risk to me if my child were to bring [COVID-19] home,” Schlenker said.

Schlenker also said he questions whether a return to in-person instruction is safe for teachers, especially for those that are considered higher risk and have not had the opportunity to be vaccinated yet.

“It’s unconscionable to require somebody to go back and do work in person [when it’s not safe to do so] if they can still reasonably do it virtually,” Schlenker said.

Seidman echoed this, stating that teachers should be able to receive the COVID-19 vaccine before in-person instruction begins.

“I think teachers should have the option to be vaccinated well before they are forced to be inside of a building with a bunch of other people for eight hours a day,” Seidman said.

Though education and child care staff technically became eligible for the vaccine in Wisconsin beginning March 1, a shortage in vaccine supply has delayed the prioritization of teachers and child care workers. According to Public Health Madison & Dane County, “the county received only 12 percent of its requested vaccine doses” the week of February 25, and therefore will continue vaccinating frontline health care workers and those 65 and older at the Alliant Energy Center for at least two weeks.

The Wisconsin State Journal reported that teachers and child care workers can still begin to get vaccinated starting March 1, but they will need to find other clinics, health care providers or pharmacies with available doses.

MMSD announced last week that 1,200 staff will be vaccinated by the district beginning this Friday, and PHMDC announced that a supply of single-dose vaccine from Johnson & Johnson would allow some teachers and school staff to be vaccinated at Alliant Energy Center this week.

District spokesperson Tim LeMonds told the State Journal that as a result of the delay, teachers are able to return to buildings later than originally planned. LeMonds did not respond to additional requests for comment from Madison Commons.

Dominique Harvey, a special education teacher for MMSD, said although he is hesitant to get the vaccine right now, he feels as though teachers should have been prioritized earlier for receiving the COVID-19 vaccine. Harvey also suggested that teachers have a designated day off to get their vaccine, as many teachers like himself work long hours.

“I honestly feel like a lot of parents want their kids to be back in-person, but I feel like they would feel more safe if teachers got their vaccinations [before returning],” Harvey said.

Special Considerations for Students with Disabilities

Though Harvey works with students both online and in-person, he said he feels his virtual students could really benefit from in-person learning.

“I 100 percent believe that kids with IEPs or [that] have significant learning disabilities should be in person,” Harvey said.

With virtual learning, Harvey said it is difficult to connect with families to ensure students are attending class, and he’s been hearing from parents that virtual learning is tough for them.

“Most parents have to go to work and the kids who have IEPs can’t really function 100 percent independently by themselves. They need that adult support,” Harvey said.

Anna Stevens, one of the four founders of Madtown Mommas and Disability Advocates, said that many parents are conflicted because they don’t feel that virtual learning is as effective, but they also don’t feel safe having their students return to in-person learning, as many students with disabilities also have medical complexities.

“We’ll remain virtual, but that’s not because we want to. It’s because I’d rather have my child alive than not,” Stevens said, as her child has respiratory issues.

Stevens also said that she recognizes the choice to pursue in-person learning is individualized, and for some parents, their children’s mental well-being may have to take precedence over physical health.

Heidi Roth-Robertson, another MMSD parent, said that her only incentive for sending her fifth grade daughter back to school would be to “see some peers.”  Yet, Roth-Robertson said that social distancing will likely restrict socialization, so she is planning to keep her daughter at home.

Schlenker pointed out that virtual learning often requires parental guidance, so families that are not able to provide that or cannot afford a tutor or babysitter may be struggling more than others.

“From my perspective, it’s a question of risk vs. reward,” Schlenker said. “I see opinions from people out there that say if your kid ends up a year behind, that’s ok. It’s better off that, than these X number of people have died as a result of forcing something that maybe shouldn’t have happened.”

Seidman called her daughters’ kindergarten teacher “a magical human being,” and said she would not want to put her at risk by sending her daughter back for in-person learning. Furthermore, Seidman said she has been pleasantly surprised by the success of virtual learning.

“I am amazed by the quality of education that my daughter has received online,” Seidman said.

“The staff at MMSD are going above and beyond, and doing the best that could possibly be hoped given the circumstances,” Schlenker said.

With such a short turnaround time, there are still many concerns about the logistics of what a return to in-person learning will look like.

Harvey said that he is concerned about splitting his time between students if large-scale in-person learning resumes, as he will likely have to travel between classrooms.

Seidman said she is struggling to understand how teachers and parents will explain the rules of social distancing, mask-wearing and more to young children.

“How can you explain that kind of dystopia to a five year old and justify it?” Seidman said.

Stevens and Siravo worry about the possibility of students with disabilities being moved to other building sites, as many students have physical impairments, and those with intellectual disabilities need a stable routine.

Stevens, Seidman and Harvey all criticized the district for their communication methods, as they said teachers were notified of the return to in-person learning at the same time the community was.

District spokesperson Tim LeMonds did not respond to requests for comment regarding the communication of MMSD’s reopening to teachers.

With so many factors still up in the air, Siravo said she questions if MMSD is choosing to resume in-person learning “out of pressure or... because they’re ready."