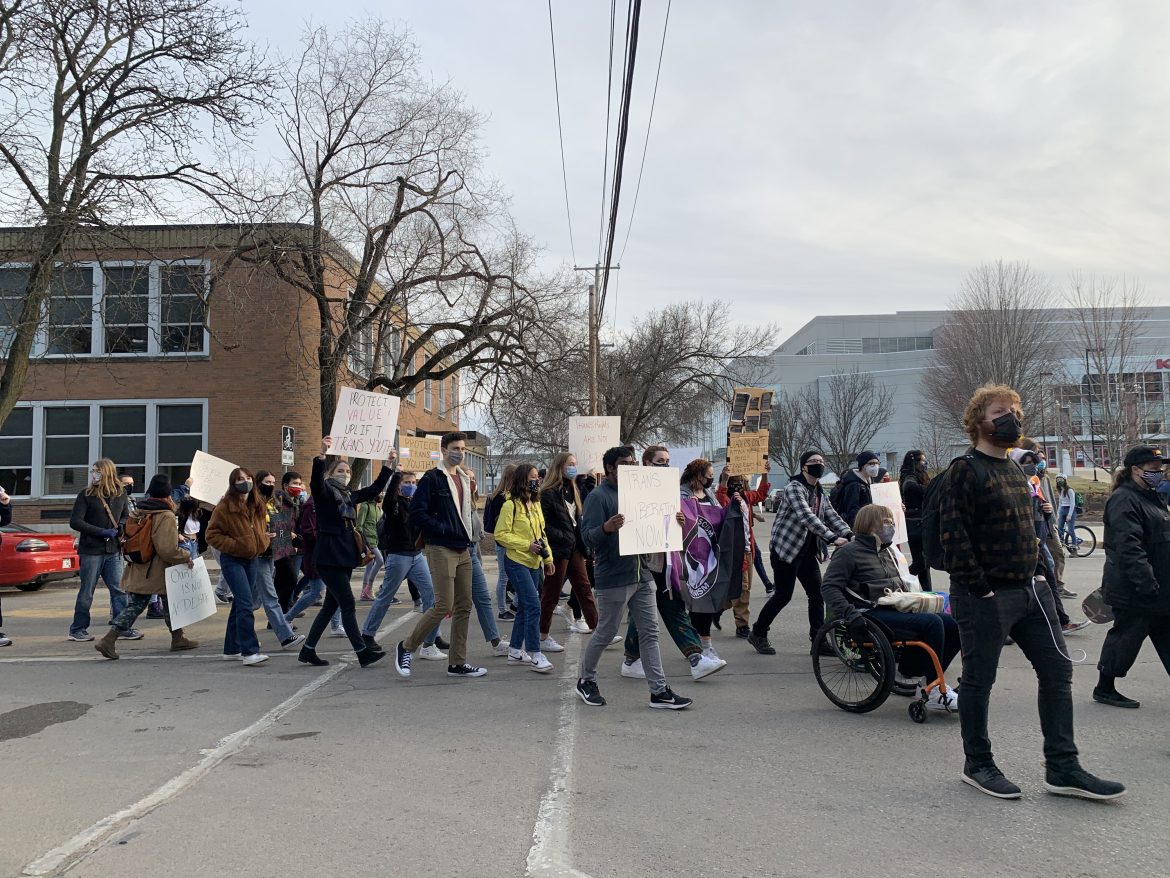 The march also included speakers sharing their experiences, poetry performances, and lots of drive-by support. There was a police presence at the protest.

The protest follows the announcement of a new bill proposed by Rep. Barbara Dittrich, R-Oconomowoc, that would ban kindergarten through college-aged transgender female athletes from competing in girls’ and women’s sports in Wisconsin. The bill would apply to the University of Wisconsin and technical colleges as well as public and private schools.

Supporters of the Protect Women in Sports Act like Julaine Appling, The President of Wisconsin Family Action, say that the purpose is to protect female athletes from being discouraged by being beaten by those who are “biologically stronger or faster.” Dittrich called on Gov. Evers not to veto the bill, saying, "It is wholly unfair for a woman to be competing and think she's only competing against other females."

Repsponding shortly after the proposal of the bill, and saying that the bill was an attack on transgender youth, Democratic members of the Wisconsin LGBTQ Caucus called the Protect Women in Sports Act  “cruel” and “discriminatory.”

"This legislation is a blatant attempt to codify discrimination and perpetuate damaging, inaccurate, and deeply offensive stereotypes against trans youth, and discriminate against a group of young people who simply wish to apply their best selves in a sport they are passionate about,” said the Democratic members of the Wisconsin LGBTQ Caucus in a statement released shortly after the bill was proposed. “Instead of attacking kids who just want to play, our Republican colleagues should get to work on COVID-19 relief for struggling Wisconsinites”

The bill was proposed on Tuesday, March 2, and is one of many bills of its kind to be proposed around the country. As of March 5, 25 states have legislation pending that aims to exclude transgender youth from athletics, according to the American Civil Liberties Union.