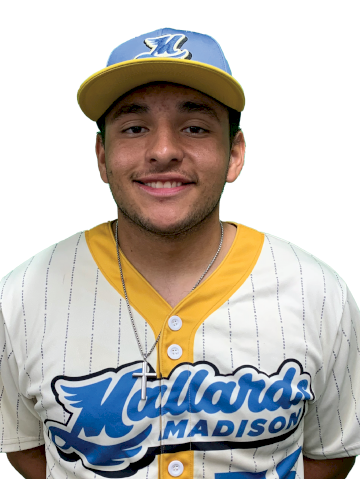 The Madison Mallards survived a comedy of errors with a dash of luck in a bizarre 4-3 victory over the Wisconsin Woodchucks Saturday night at Warner Park.

“It was pretty crazy,” Mallards third baseman Liam Moreno said. “We just came out on top.”

In the bottom of the eighth, Mallards catcher Josh Caron and second baseman Joe Hauser muscled one-out singles to put runners at first and second. Following a popout by left fielder Matt Scannell, shortstop Michael Fuhrman drew a walk on a 3-2 count and then Moreno got lucky when his routine ground ball bounced past Woodchucks third baseman Anthony Catalone into left field to send in a pair of runners and edge Madison in front 4-3. Moreno said he felt he had a chance for good fortune to come his way.

“I felt pretty lucky. Thought I hit it hard enough where it could get a bad hop and I guess it did,” Moreno said.

That bit of luck was preceded by Madison’s misfortune in the top of the eighth. Caron allowed Woodchucks center fielder Kevin Kilpatrick to reach first on a dropped third strike and then advance to third on a poor throw trying to cut off a steal attempt at second. Scannell then missed a routine fly to left, allowing Kilpatrick to score for a 3-2 lead. Scannell said everything just happened too fast on his error.

“Game sped up on me a little bit. I needed to slow it down and just catch and throw,” Scannell said.

Vomhof, who followed up the Scannell error with three straight strikeouts, said he knew how to keep his cool after his defense struggled.

“It was frustrating definitely, but the biggest thing is is I’ve learned from past experiences to stay composed on the mound and control what I can control,” Vomhof said.

Moreno had a message for the people who don’t believe the Mallards could make it to the postseason.

“Keep doubting us. We’ll be in the playoffs,” Moreno said.

The Madison Mallards look to pull closer to playoff contention by sweeping the Woodchucks on Sunday afternoon at Warner Park. First pitch is slated for 1:05 p.m.