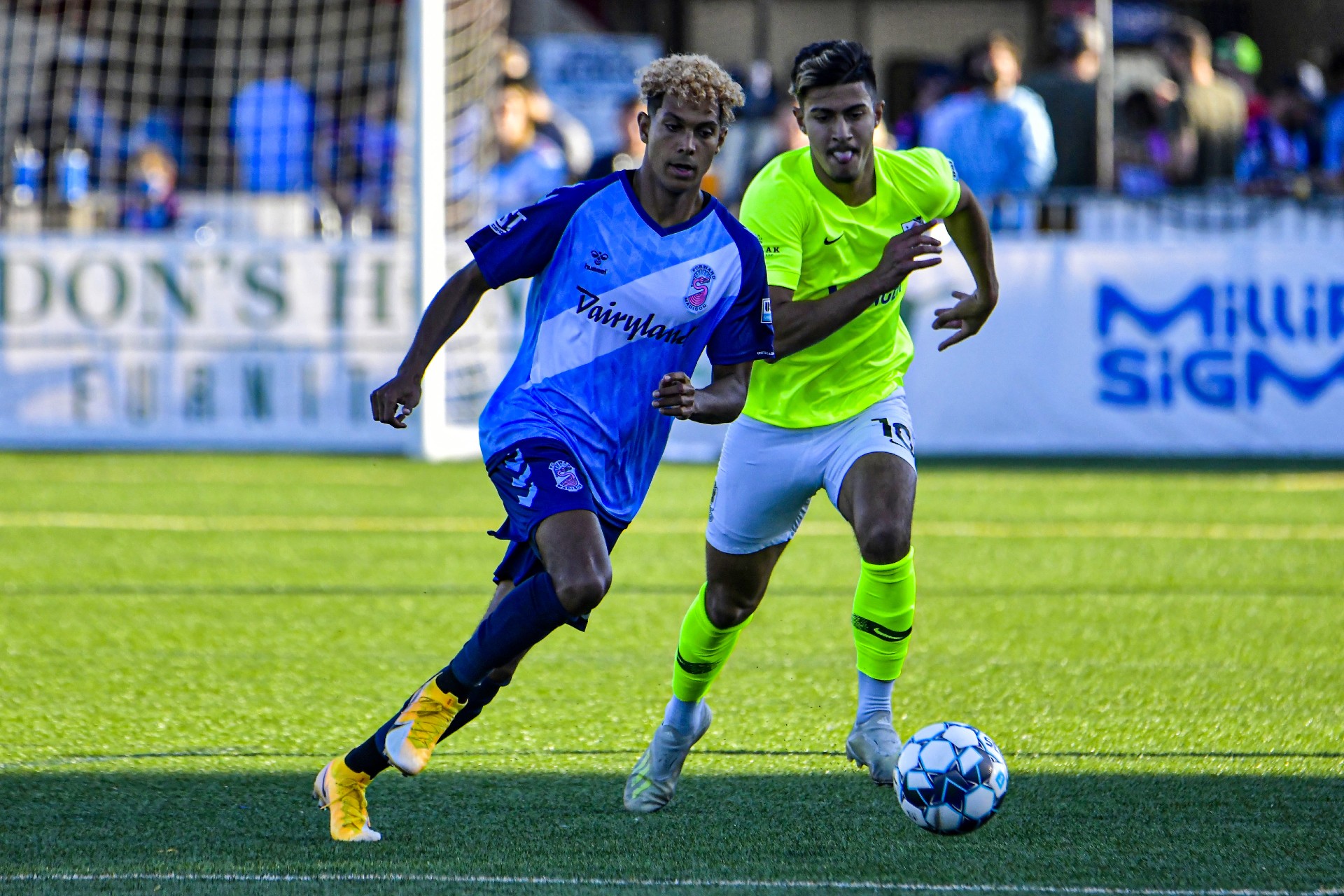 Sukow’s winning left-footed kick from the center of the penalty area in the 58th minute was his first professional goal ever and the ultimate silver dagger in the upset of the second-place and undefeated Union Omaha. Midfielder Audi Jepson’s slicing pass into the box gave Sukow the chance to light up the scoreboard and the Flamingos the power to strengthen their record to 2-0-1. For Sukow, the excitement of his first professional goal was top tier.

“I’ve scored goals before, obviously, in club and high school and college, but scoring in front of The Flock...that was one of the best feelings of my life and I’ll never forget it,” Sukow said.

Forward Madison's cannons were ready to fire as the Flamingos attempted 15 shots. However, it appeared that a good dose of water was added to the black powder mix, resulting in many misfires as only four of the shots were on target.

On the other side of the pitch, the Flamingos’ put a white-knuckled stranglehold on Union Omaha’s offense, allowing only nine shots attempts, including only one in the first half, with just one being on target. Striker Greg Hurst had Union Omaha’s only shot attempt of the first half. The blueprint for the Flamingos’ head coach Carl Craig was simple.

“The plan was, we don’t go out to defend. We go out to win the game,” head coach Carl Craig said.