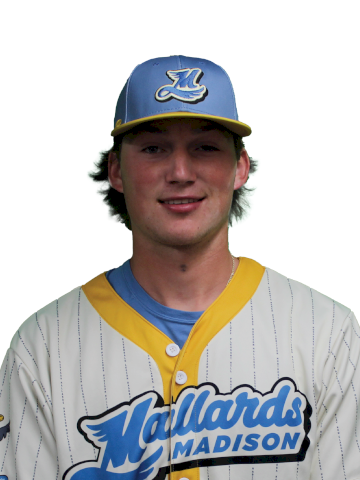 The Madison Mallards thrashed the Green Bay Booyah 7-1 Sunday afternoon with a one-two punch of hot hitting and powerful pitching to salvage a series split at Warner Park.

Mallards manager Donnie Scott said he wasn’t surprised by his team’s rebound after losing 9-3 to the Booyah Saturday night.

“It’s what I expect,” Scott said. “These guys are starting to come together...I’m anticipating a lot of good things.”

In the bottom of the second, Mallards second baseman Dominic Toso shot an RBI single into left field off Green Bay starter Ben Hart to open the scoring. One inning later, Hart’s two-out wild pitch allowed center fielder J.T. Benson to blaze into home from third to make it 2-0. Madison’s offense exploded in the bottom of the fourth with four runs. Third baseman Kyle Bork’s smoking RBI single into right field put the cap on a five-hit inning that extended the advantage to 6-0.

Bork struck again in the bottom of the eighth, firing an RBI double into left field off Green Bay reliever Juan Gonzales to push it to 7-0. The Mallards finished with 10 hits after recording only five Saturday night against the Booyah. Bork, who recently completed his redshirt freshman campaign at the University of Minnesota, said there weren’t too many adjustments from Saturday's game but that the team did well at making sure to hit early in counts.

On the mound, the Mallards kept the Booyah bats ice cold. The Booyah’s only run came in the top of the ninth from an RBI double into right field by second baseman Tristin Garcia. Mallards starter Reagan Klawiter and relievers Jacob Baldino and Terrell Hudson combined for 17 strikeouts and stranded six baserunners.  Klawiter said the game plan for the pitchers was to throw breaking balls to get ahead early in the count, and the strong outing helped the Verona product lower his ERA to 2.25 on the season.