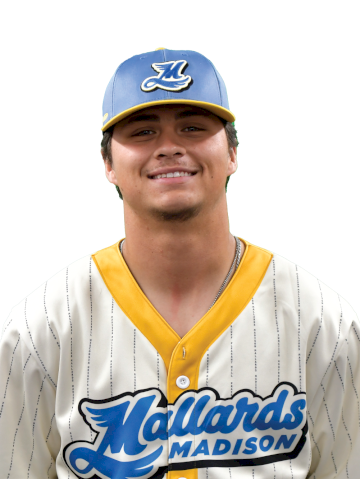 “We are a great team right now,” Benson said. “We’re very...built around each other...and not for ourselves.”

The team’s tribute to the Negro National League’s Milwaukee Bears got off to a rocky start when Mallards starting pitcher Kyle Subers left after just two-thirds of an inning with what pitching coach Leon Davidson said was probably a minor elbow issue. However, a combined 15 punchouts and 13 stranded base runners from Madison’s bullpen kept the Growlers’ offense in hibernation for most of the contest. Davidson said his unit really came through when they needed it.

“The bullpen stepped up...that was good for them to rally together,” Davidson said. “Can’t ask for anything better than that.”

After Madison catcher Drake Baldwin scored on a passed ball to take a 1-0 lead in the third, Kalamazoo clawed in front the next inning with third baseman Brett Barrera’s RBI double into center field off Francisco Manzano and left fielder Don Goodes’ run-scoring walk against Peyton Winebarger.

Madison responded in the fifth. Matt Scannell's two-run double to right and a sac-fly from Mallards first baseman Benson tagged Growlers starter Anthony Bennetti for three runs in the inning and spelled the end for his outing.

Benson said a large chunk of the team kept grinding even during the three day all-star break.

“It was great to get out and off our feet for a little bit, but I think most of us came in and got our work in while we could,” Benson said.

Things got wild in the seventh after Kalamazoo’s first baseman Henry Gargus’ RBI infield hit off Kade Lancour to second baseman Michael Fuhrman pulled the Growlers within one with the bases loaded and nobody out. Madison’s Jared Fong was called to put out the fire, handling the final 2.2 innings on the mound. Fong, who finished the game with six runners stranded, said he’s found a way to enjoy the tense jams he’s found himself in.

“It just comes with the job,” Fong said. “That emotional stress...when you overcome those problems…it’s really gratifying.”

Mallards left fielder Alex Iadisernia’s single into center field in the bottom of the eighth put an insurance run on the board, and Fong completed the closeout despite giving up an RBI single in the ninth, as Madison hung on for the  5-4 win.

Benson’s plan to keep the momentum going was simple.

Madison looks to complete the sweep against the Growlers on Friday night at Warner Park. First pitch is slated for 6:35 p.m.