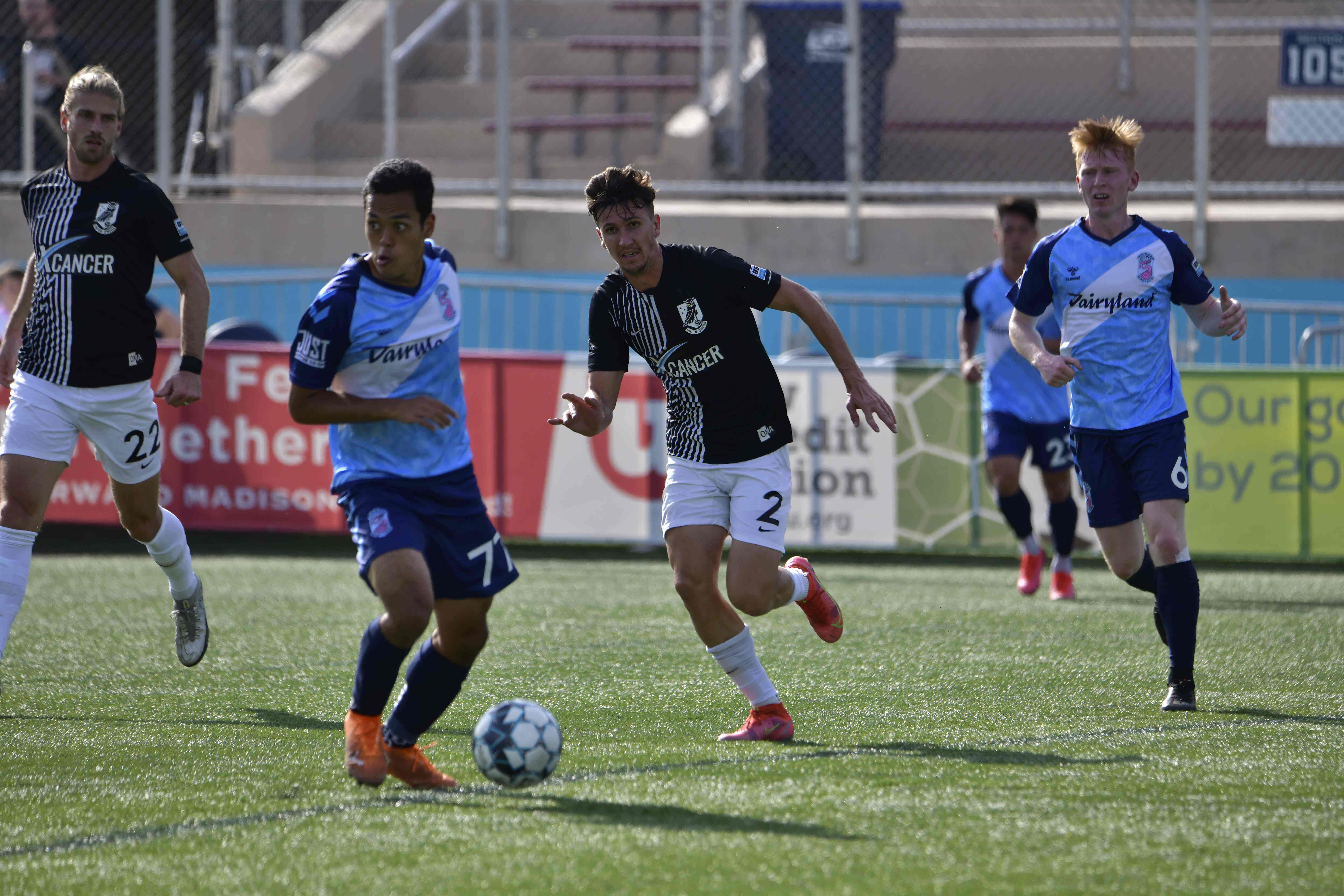 Forward Madison FC’s undefeated start screeched to a halt Sunday night at Breese Stevens Field when the team fell 2-1 to Union Omaha. The Flamingos had vanquished the previously-undefeated Owls 1-0 on May 26.

The self-destruction began when midfielder Audi Jepson became his own worst enemy, kicking an own goal off his right foot from the centre of the penalty area in the seventh minute of the game to help the Owls draw first blood. Jepson tried to clear a cross in, but instead skied it over the head of his goal keeper Phil Breno. Jepson later said he didn’t know how the ball went into the net.

Later on, the Flamingos’ leading scorer striker Jake Keegan scorched a ball from just outside the box to the bottom right corner of the net in the 35th minute to erase the home squad’s early deficit.

The Flamingos’ dream of sustaining their undefeated start abruptly ended early in the second half. The Owls flew back in front when midfielder Emir Alihodžić’s head’s-up play from the center of the penalty area in the 51st minute smashed the assist from midfielder Devin Boyce off his noggin into the bottom right corner of the net to propel Union Omaha back in front  and ultimately bury Forward Madison FC 2-1.

The Flamingos lost despite dominating the time of possession 69.9%  to 30.1% and attempting 10 shots to the Owls’ nine. This was fueled by the Owls’ suffocating defense that forced 13 interceptions. Head coach Carl Craig said the squad’s tiring road trips around the league played a big difference in how the team played against the Owls this time around. It was the team’s fourth game in 12 days.

“Professional soccer in the USA, in any of the three levels, is probably as tough as it gets in the world because of the travel,” Craig said.

The Flamingos next set their sights on the Richmond Kickers Saturday night at 6:35 p.m. in Madison.