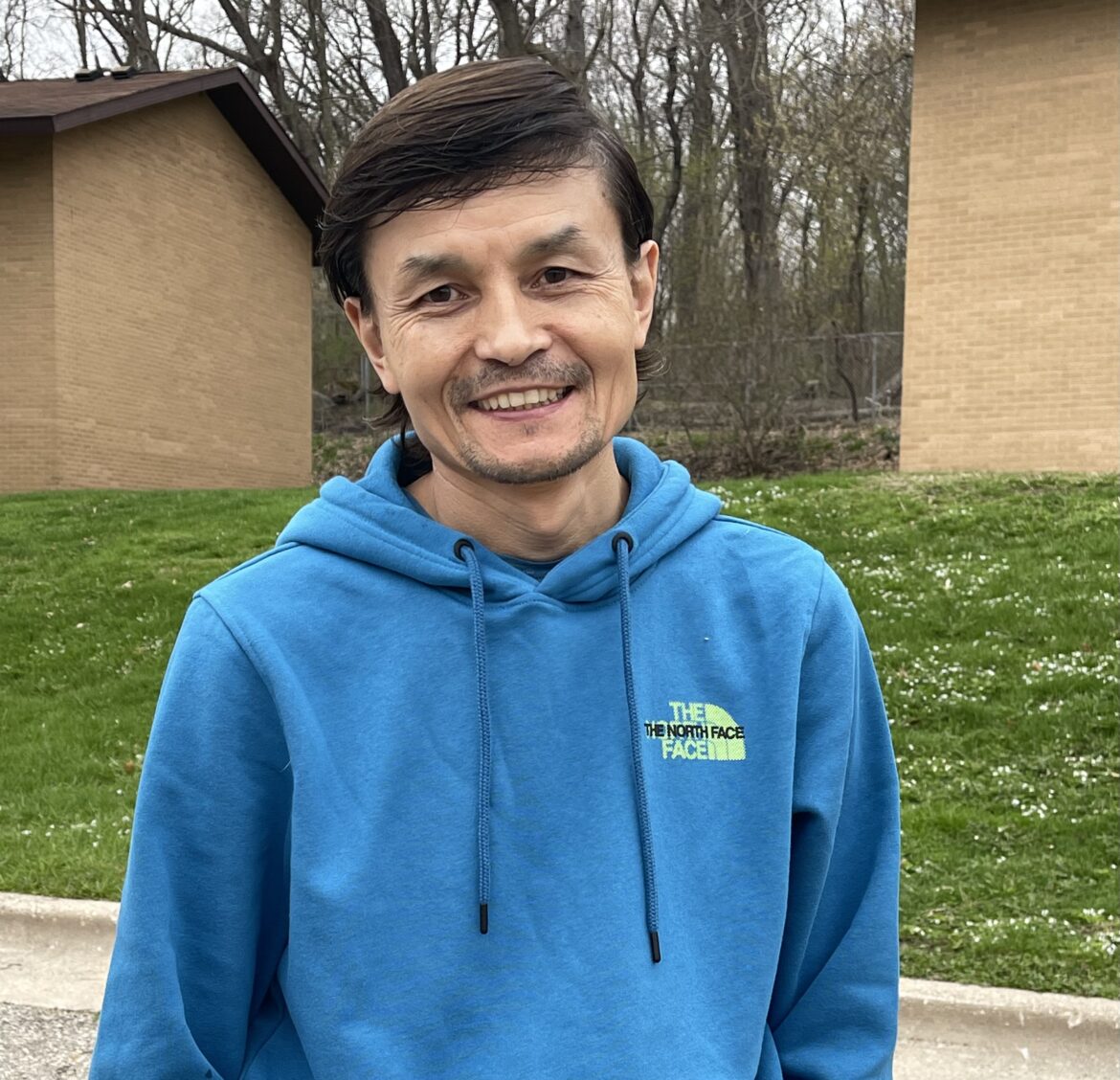 Yerzhan Abdramanov is a first-year professional master’s student from Almaty, Kazakhstan, who moved to Madison with his wife and son to begin his graduate studies at the University of Wisconsin–Madison last September.

Kazakhstan is a mainly Central Asian and partly Eastern European country located between Russia and China. Although it is the ninth largest country in the world, its population is relatively small — about 20 million people.

Kazakhstan is also known as the largest landlocked country. It borders countries that are varied in terms of ethnicity, religion and language. Partly because of this, ethnic groups in Kazakhstan are also diverse.

Kazakhstan is a wealthy country, and after gaining independence, it had good chances to become a developed democratic country. However, it was ruled by one family since the collapse of the Soviet Union. Corruption flourished during this period, which led to mass protests and unrest earlier this year, which is known as the Bloody January.

In the foothills of the Trans-Ili Alatau, where the former capital of Kazakhstan, Almaty, is located, many varieties of wild apples grow. Scientists believe that this is where the ancestors of the apples that people buy in supermarkets around the world originally evolved. It looks like a Garden of Eden, wrote the American gardener Field Forsline, who in the 1990s collected apple seeds in these foothills.

In my first lesson, I almost didn't understand the class. I had scored 7 on the last IELTS English language proficiency exam, but my language skills seemed to have vanished. I tried to focus on what the professor was talking about, but in vain. Language was probably the hardest adjustment for me. I realized that a good grade on IELTS is one thing, and academic English is another.

There were many things that surprised me. When I was in a taxi on my way from the airport to my apartment I saw that a car clipped a double white line. I thought he was crazy, and he was lucky there weren't any police around.

What I like about the police here is that they will not necessarily punish you if you violate the traffic regulations, but they try to figure out the reason for it. Once at night when I was driving the police car jumped out from somewhere behind me and opened up his siren. My violation shocked me when he told me that I had entered the wrong way. And I was in disbelief when he said he was letting me go with a verbal warning.

One of the most favorite things about staying in Madison is that there are many convenient places to study. Lutheran Campus Ministry and Chazen Museum, or Memorial Union and Michelangelo Coffee House are my favorite places to study and just relax.

Although the Lutheran Campus Ministry is affiliated with the Christian church, it is open for anyone who wants to have coffee and study there. This also applies to Islamic Center of Madison. It distributes food once a week, regardless of religion or ethnicity of people in need.

My family likes the food here. One of my wife’s favorite restaurants is Taste of Sichuan, while my son likes different types of hamburgers and chicken. My son has made a couple of friends. He says one of them is the smartest boy he has ever seen, while the other is very upstanding. My wife likes that there are a lot of different natural juices and prices for fruits and vegetables almost do not change all year round, as well as an abundance of cheese.

When we arrived, we bought things like beds, desks or chairs, and spent a lot of money on them. Now my wife says that she sees that graduates sell such things to future students cheaply or even give them for free. She wishes she had known about local community groups on Facebook where residents share important information.

The same goes for other Kazakh students whom I interviewed. I asked them to tell me about their most pleasant surprise, favorite things and the hardest adjustments.

The most pleasant surprise

The day after we arrived, I saw a deer about 200 meters from our apartment. I took a picture before it disappeared after a few seconds. I immediately sent the photo to my friends in Kazakhstan as a very amazing thing, because in many countries, including mine, it became rare to meet a wild animal even in the wild.

It was when my wife suddenly got sick. We did not know what to do. We had no idea how the health care system worked here. I wanted to get information about the cost of the services provided and medical procedures. But it turned out that they did not provide this, so we had to wait until they sent the bill by mail.

The most favorite thing about being here

As a father of three children, for me it is the safety of our environment. I don’t worry when my kids are playing outside. Also I like that there are many parks and places for sports here.