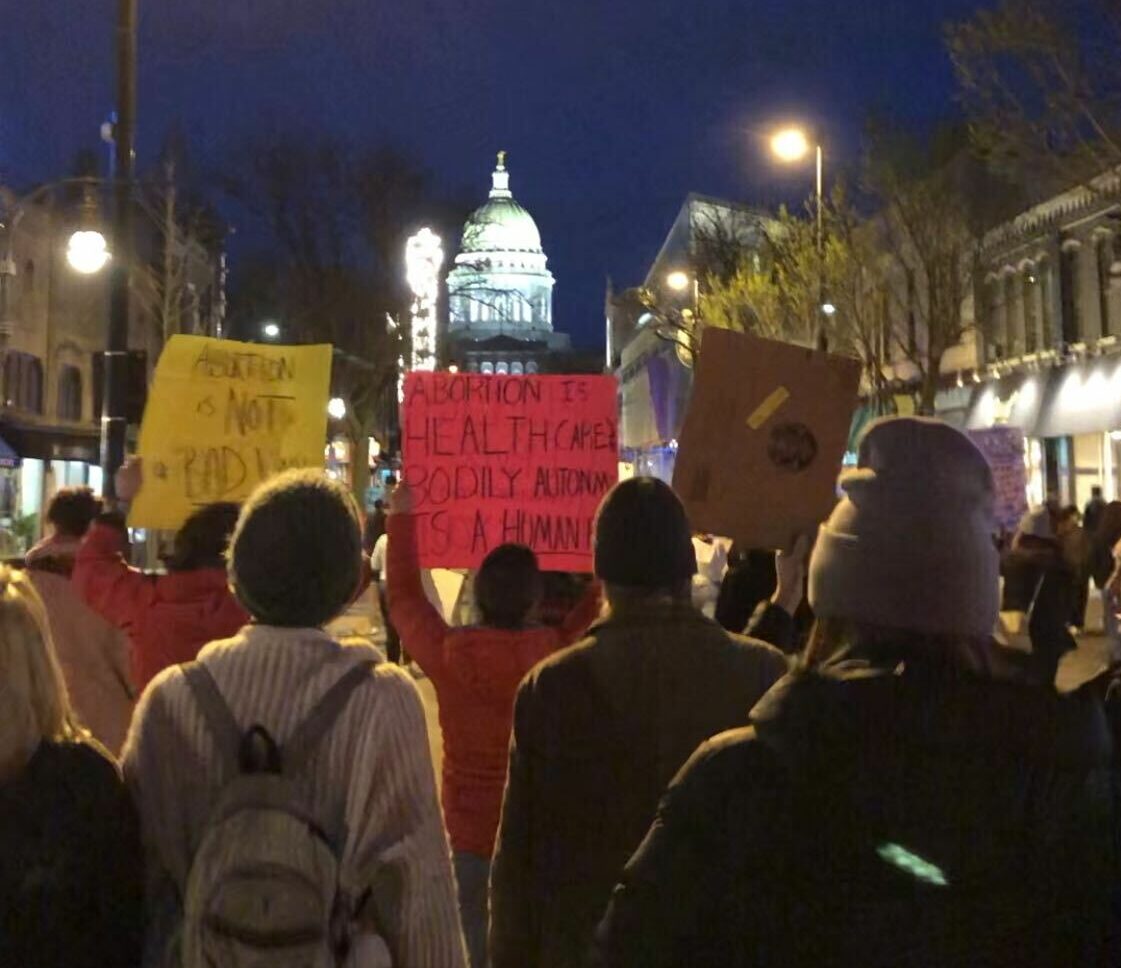 The Democrat from Eau Claire was the first U.S. Senate candidate in the country to roll out new campaign messaging on abortion rights after Politico published a leaked draft of a U.S. Supreme Court opinion that could overturn its 1973 decision securing the legal right to abortion.

Godlweski, Wisconsin’s state treasurer, shot the ad on the steps of the Supreme Court building. She was in Washington to attend a conference organized by Emily’s List, an organization that seeks to elect women to office who support abortion rights.

“I’m at the Supreme Court, where it looks like Ron Johnson is going to get exactly what he wants,” Godlewski says in the ad, as she walks along the steps leading up to the court. “Overturning Roe v. Wade. Reinstating Wisconsin’s cruel abortion ban.”

Godlewski, 40, is one of nine Democrats, and the only woman, seeking to unseat Republican U.S. Sen. Ron Johnson. One of her primary opponents, Alex Lasry, released an ad May 17 featuring his wife, Lauren, in which she says he will protect abortion rights if elected.

Other candidates have expressed concerns over the threats to abortion rights. Wisconsin Lt. Gov. Mandela Barnes posted a statement to his campaign Twitter account noting if elected, he would vote to end the filibuster in the Senate and codify Roe into law.

“As a millennial woman, I grew up with Roe v. Wade. It’s all I’ve ever known, so the prospect of losing reproductive freedom is personal and scary to me as it is to women across Wisconsin,” Godlewski said in an interview. “As the only woman in this race, I’ve been loud, clear and unwavering about my commitment to protecting abortion rights since I launched my campaign.”

Johnson, the incumbent in the race, has been a vocal opponent of abortion rights.

Johnson urged the Supreme Court to overturn Roe v. Wade in July 2021 reiterating his position again in an interview last Tuesday after the draft opinion was leaked. He said that if the draft becomes final, it’s “the correct decision.”

About 60 percent of Wisconsin residents support legalized abortion in most or all cases, according to polling conducted by the Marquette Law School over the last decade.

If Roe were to be overturned, as the leaked draft opinion suggests it might be, Wisconsin would revert back to a 1849 law that outlaws almost all abortions, except when saving the life of the mother.

“Our state has had a cruel abortion ban on the books that was written more than 150 years ago — before the Civil War — with no exceptions for rape or incest,” Godlewski said. “We also have a U.S. Senator who turned his back on what Wisconsinites want and voted against advancing legislation to codify Roe.”

Godlewski said at the same time Republicans have stepped up their efforts to overturn Roe v. Wade, too many Democrats have treated reproductive rights as “an afterthought.”

“We’ve had almost 50 years to codify Roe into federal law and we can’t afford to wait another day, especially when the Supreme Court is weeks away from overturning this critical protection,” she said.

Since launching her ad, Godlewski said her campaign fundraising has increased and her phone has been “blowing up non-stop from Wisconsinites who are worried and angry about the possibility of losing autonomy of their own bodies.”

“People are fired up,” she said. “This is a fight we can’t afford to lose.”

The day after the Supreme Court draft opinion was leaked, more than a thousand residents gathered in front of the Wisconsin Capitol building in Madison to protest in support of abortion rights.

A Democratic Senate primary will take place on Aug. 9 to determine which Democratic candidate will run against Johnson in the November general election.