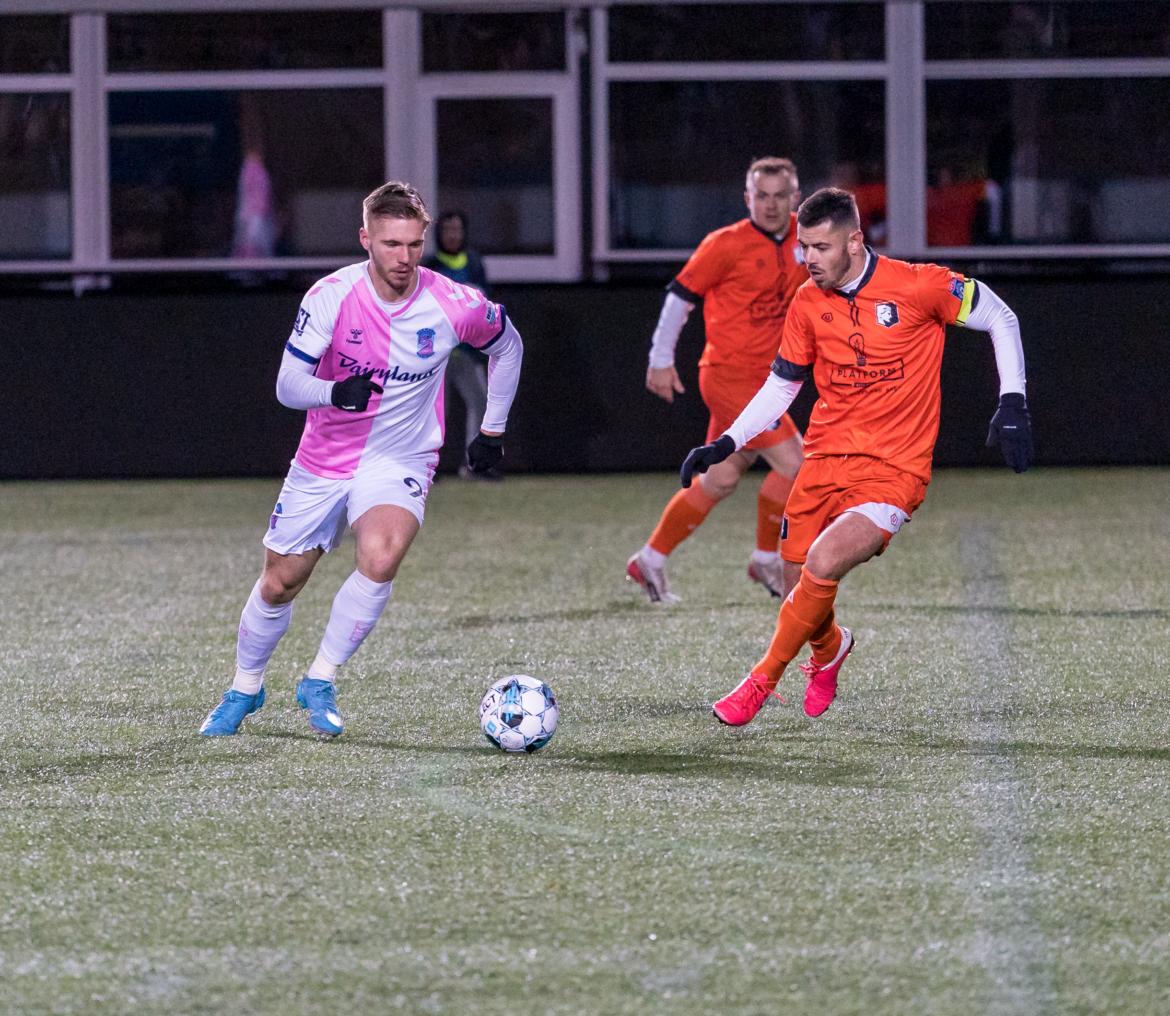 There are minor league sports teams, and then there’s Forward Madison.

If you’ve been paying any attention to the Madison sports scene since 2019, you’re sure to be somewhat familiar with the vibrant pink and blue of Forward Madison FC, Madison's pro soccer team.

Thanks in large part to the sensational branding of the club that took Madison and the greater soccer world by storm in 2019, Forward Madison has grown to become the best-supported team in USL League One and a must-see.

Soccer is the world's game. There’s no denying it.

But what is it like to make the leap from playing in front of a familiar Finnish crowd to playing away from home in Madison? I sat down with Jeremiah Streng, who recently joined Forward on loan from top division Finnish club Seinäjoen Jalkapallokerho, to chat about his transition into the American game and playing in front of the Forward faithful for the first time.

“I’ve never been to the U.S. before, it’s definitely a lot of differences,” Streng said of his arrival to the country. “I’m surprised the weather is still cold, and the spring hasn’t really hit yet. I hope the weather will get better.” After arriving in March, Streng was immediately thrown into the thick of it, as Forward opened their season in Chattanooga less than two weeks later.

“I came straight from preseason with another team to preseason with this team. “I had a few days before the season started so you definitely need to hurry up those things that take time…” he said.

Streng made his debut in Chattanooga and logged 12 minutes of play after being subbed on late in the second half. “It was nice. We managed to get a point in the last minute so it was a good debut,” Streng said of his debut.

Streng made his first home appearance in Madison the following week, playing 45 minutes and scoring a goal to secure a tie for Forward. Focusing more on the atmosphere than his own performance, Streng immediately mentioned the atmosphere of Breese Stevens at his debut. “Being in the third division and having this amount of fans and this atmosphere is nothing I’ve ever seen before. It was a really good experience to score in front of them,” he said.

Streng’s first goal for Madison was an impressive one. After receiving a cross in the 18-yard box from the left side of the pitch, Streng took a touch away from goal before turning and burying it from the top of the box. Humbly, Streng says the goal was instinctual.

Streng praised the club for the experience he’s had over the last two months.

“The atmosphere is great. I think the people are great around the club,” he said. “The merchandise is quite different. I mean it’s good, but I haven’t really seen anything like it before.” (Forward Madison is famous for their bright pink jerseys that have garnered a fair bit of attention from the larger soccer world.)

To catch Streng in action, check out the Forward Madison schedule at https://www.forwardmadisonfc.com/.