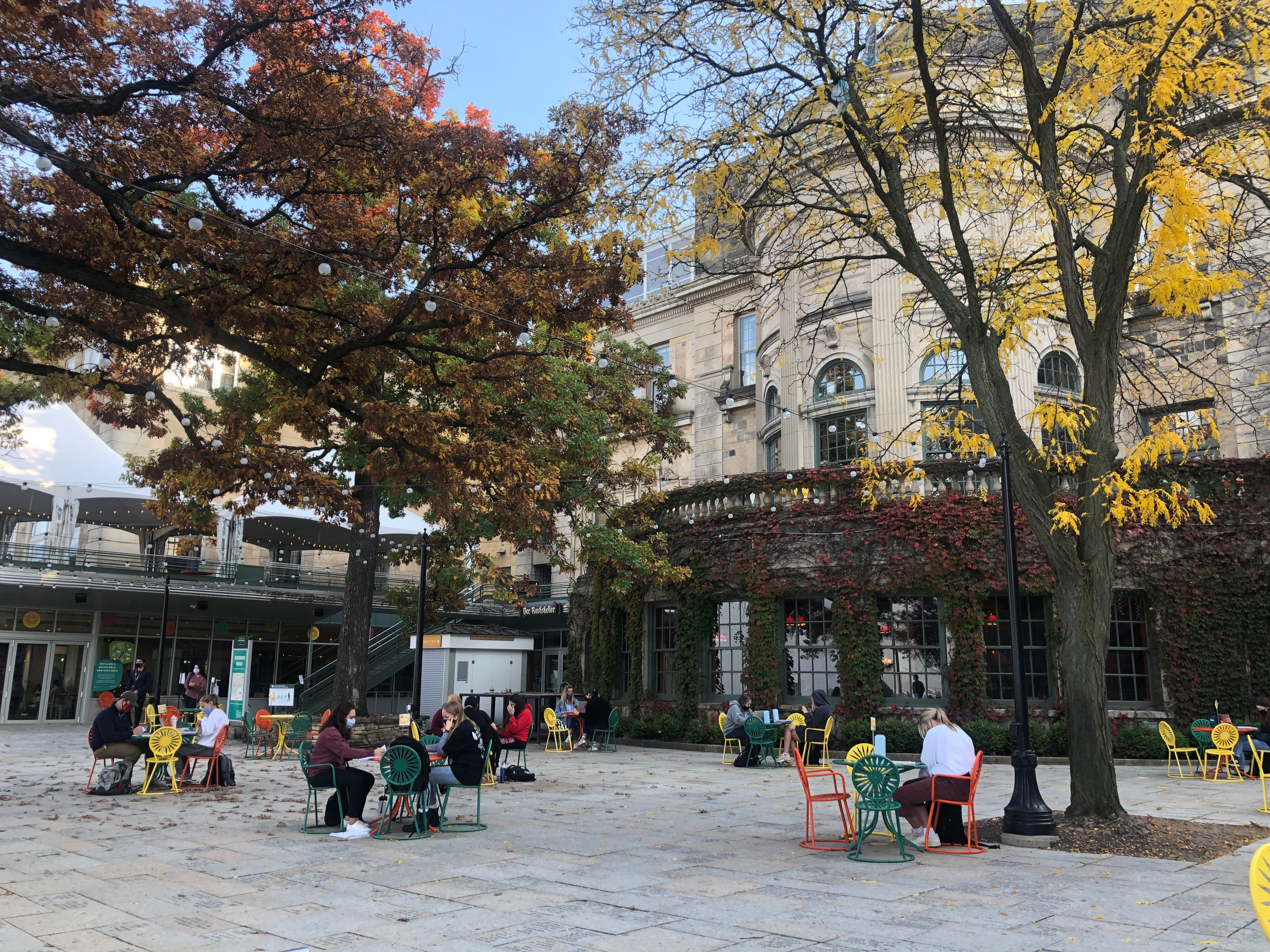 The reopening of universities across the United States this fall resulted in several COVID-19  outbreaks, mass quarantines, and in many cases, the blaming of undergraduates.

On September 7, UW-Madison Chancellor Rebecca Blank issued a statement restricting undergraduates’ activities by cancelling all in-person social events, closing student gyms and recreation centers, and asking students to severely limit their in-person interactions in the following two weeks. The statement maintained that in-person classes and study spaces would remain open as there was “no evidence of virus transmission in these activities.”

This was quickly followed by the announcement on September 9 that the university would shift to fully remote instruction, quarantine all students in Sellery and Witte Residence Halls, and close all in-person study spaces in campus libraries, unions and academic buildings until September 25. At the end of the announcement, Chancellor Blank aimed her remarks at students, saying, “To those of you who have not yet taken [health] protocols seriously, I urge you to consider the consequences of your actions.”

However, senior Tatiana Jordan said she tries not to blame students for their actions.

In a semester that many have called “unprecedented,” Jordan said she feels that students are simply “trying to cope” and “find normalcy” in their experiences on campus.

After being sent home from her study abroad program in Paris during the spring semester, Jordan said she immediately took the pandemic very seriously, staying at home and quarantining despite seeing friends often gather in large groups. Since then, Jordan said she is trying to adapt to the “new normal.”

One major adjustment has been the switch to online learning, as Jordan said all of her classes are online this semester. Sara Parower, another senior at UW-Madison, attends one in-person class, but she emphasized that in-person classes, which require masks and social distancing, are still very different from past semesters.

“You don’t get that same in-classroom experience where you’re communicating with your peers and collaborating with them,” Parower said.

Abigail Steinberg, another senior at the University of Wisconsin, expressed a similar sentiment.

“I miss going to the library and sitting there for hours and doing homework,” Steinberg said.

While the libraries on campus are now open for students, Steinberg said she still doesn’t feel comfortable using them, and she would rather study from home without having to wear a mask for hours on end.

Since one of Steinberg’s roommates is diabetic, she said that everyone in her apartment is being “extra cautious” with regard to where they go and what they do, meaning Steinberg chooses not to go to the bars at all.

“I don’t think it’s worth it,” Steinberg said. “I don’t think a watered-down drink at Wando’s or wherever is worth potentially getting sick.”

Parower does frequent the bars, she said, but takes precautions such as wearing a mask, social distancing, and sitting outside. In addition, Parower said, many of her friends who go to the bars with her have previously contracted the coronavirus.

“A lot of my friends who went abroad had coronavirus and got sick, and a lot of them have antibodies. However, I don’t and neither does the other half of my friend group,” Parower said. “But we try to [go to bars] in a safe way.”

Evidence suggests that being infected with coronavirus confers some immunity for a period of time, though it’s not yet clear that immunity is permanent.

Parower said she and her friends often get tested about two to three days after going out to the bars as well.

Jordan said she has gone to the bars a couple of times this semester, but only after she and her friends received negative COVID results. Furthermore, after witnessing a lack of enforcement inside the bars, Jordan said she doesn’t feel she will be going back to the bars any time soon.

“Even though I think they take precautions at the door such as taking your temperature and making sure you’re wearing a mask inside, I think once you’re in they really don’t care as much about how safe you’re being,” Jordan said.

Though they behave differently, Jordan, Parower and Steinberg all said they try to get tested for COVID-19 every week or so by utilizing campus testing resources. For Steinberg, this is helpful because a lot of her allergy symptoms, such as headaches and stuffy nose, are also symptoms for COVID-19, and getting tested regularly calms her worries.

“I like to get tested just because I feel like it gives myself peace of mind and also then if I’m seeing a friend or something like that, it kind of just eases everyone,” Jordan said.

However, since spending most of her days inside, Jordan expressed that she’s been struggling with her mental health. She said she thought she was alone in her feelings, but after talking with her friends, she found that it was a common theme among many students right now.

“I feel like students are really going through a lot right now,” Jordan said. “You already have school, and you have work, and you have all your obligations, and then on top of that you have the stressors of the pandemic, so I think students universally are not really doing well right now.”

Steinberg said that as someone who struggles with anxiety, she usually copes with her anxiety through planning and making to-do lists, but because of the constant uncertainty created by the pandemic, “that coping mechanism has gone out the window.”

In addition, Steinberg said, the pandemic can feel very isolating, as she misses the connections formed through campus life.

Parower echoed this, stating that for young people, “our lives revolve around hanging out with people.”

“I feel like we’ve really been robbed of a lot of experiences, especially [for] our last year of college,” Stienberg said. “There’s no football games. There’s no [in-person] classes. I can’t do anything with any of my extracurriculars. I feel like we were really just robbed of that experience and that we’re mourning all of that.”

As Jordan said, “We’re trying to live our fun college experience, and it’s just not the same as a lot of us expected it would be.”