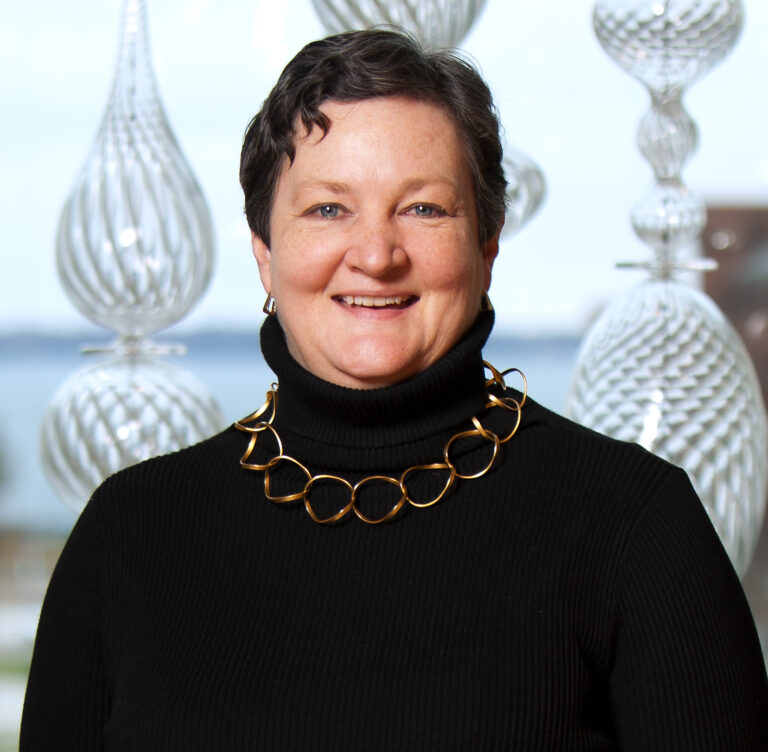 The world of art museums and galleries can often be an exclusive one.

Financial barriers along with stigmas surrounding race, identity and orientation can limit the accessibility of more formal art spaces. Amy Gilman is looking to change that.

Since joining the Chazen Museum of Art as Director in 2017, Gilman has made it her priority to make the museum as accessible and inclusive as possible to the community of Madison. Over her first few years, she's focused on building both capacity and access. Under her leadership the Museum has converted all unpaid internships to paid positions, the staff has grown by 30%, and the lobby and Museum cafe have been converted to serve as common spaces for the community and campus.

You know, from my perspective, both as the director of an art museum and also as a member of the Madison community, are the very prominent and very difficult racial disparities that exist in this community. From my own perspective, the role of an art museum is that it can be a place where we can provide a space to have really difficult conversations. You can do that by using the objects that are in our collections as sort of a doorway, right? You can talk about objects, and you can talk about issues around objects that allow people to have dialogues that are very, very difficult to do if you’re just trying to have two people in a room together trying to solve a problem. If you can focus on something else, it’s like (the object) is drawing it out of you emotionally.

I’m going to answer this from a museum perspective. I wish people understood that the museum here is for them. That all the things we’ve done over the last five years that I’ve been here is to be more welcoming to the community. I wish that people understood this is their resource and that we are stewards right now. Especially at this time coming out of the pandemic, where people are really reevaluating what they’re spending their time on, it’s important to provide something that serves as a gateway between the campus and the community.

Well, you know this is interesting. You’re asking me as the director of the art museum but my immediate impulse is not a very art museum answer. Free public transportation and ever-improving bike paths would make a huge difference in this community, I think.

I’ve been watching as we all come out of the pandemic and I’ve been so energized by the amount of work and thoughtfulness and partnership and community that is really going into tackling racial issues here in Madison. There’s so many fronts on which this is prevalent. There’s so much work that's being done that’s incredibly dynamic and interconnected. On campus and in the community. The Boys and Girls Club, the One City Schools, the new cultural arts center in South Madison. I mean, it’s just an incredible time to be here.

Even though my first answer was that this is the thing that I feel like we really need to solve, one of the reasons I feel like I can say that is because there’s really incredibly creative, thoughtful, serious people who are working both independently and in an interconnected way to make that change realized.