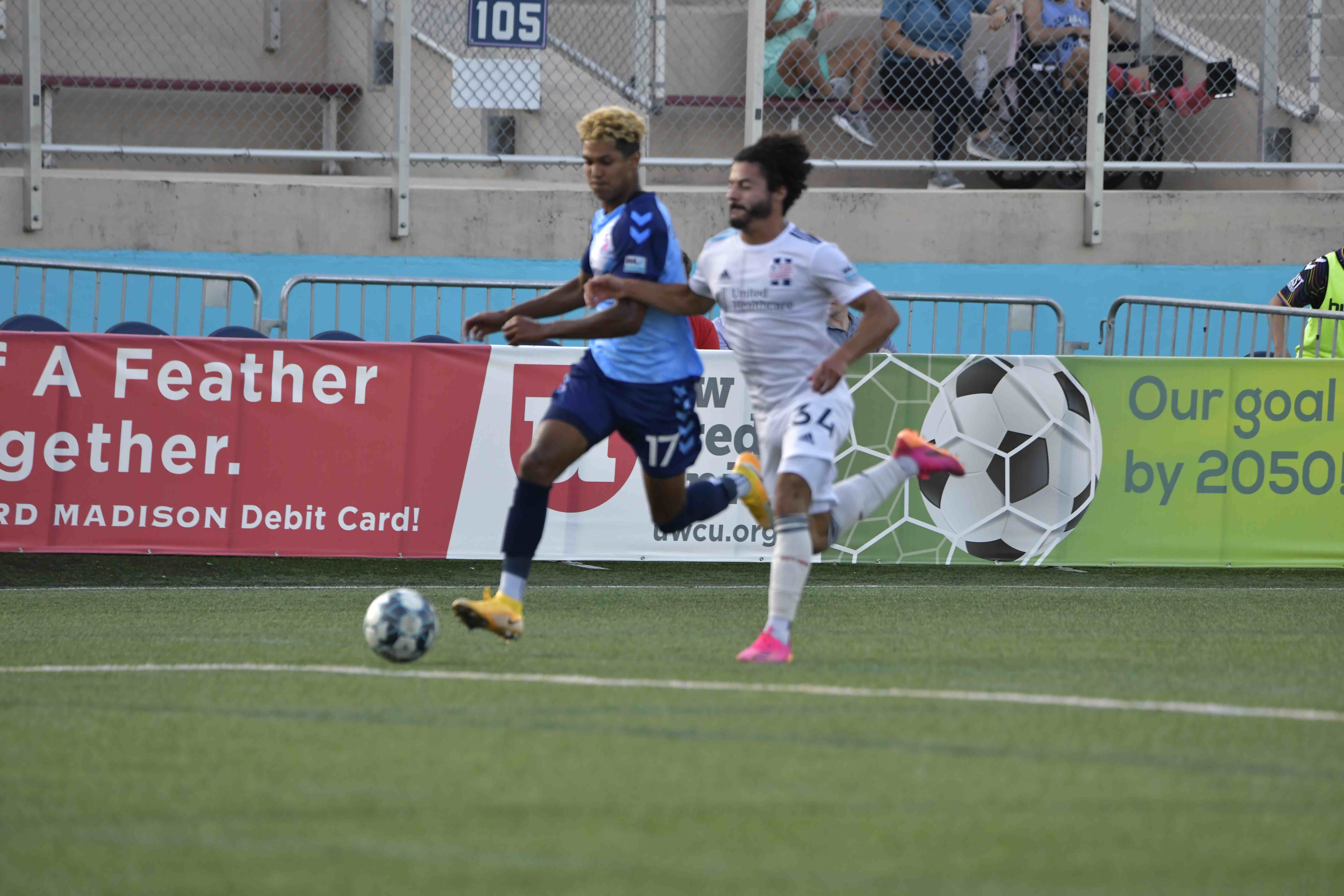 It was the Flamingos’ first win in June after three draws and two losses in the month, but head coach Carl Craig said that Madison shouldn’t expect its soccer team to exhibit total command all the time due to the competitiveness of USL1.

“For some reason, we think in this city that we’re supposed to dominate games from start to finish, and that’s not the truth,” Craig said.

The Flamingos’ leading scorer hexed New England’s hopes of tying the all-time series by using defender Christian Diaz’s through ball assist to power a magical right-footed shot from the middle of the box to the high centre of the net in the 20th minute.

Keegan said that there’s no clear single reason he’s had his offensive success.

“If I knew that, I would never go through slumps,” Keegan said.

Forward Madison’s offense was somewhat limited the rest of the way, as only three of the Flamingos’ 12 shots were on target. Despite the offensive struggles, Craig said his team showed grit.

“We’ve shown perfectly this evening...the type of character required to grind something out,” Craig said.

FMFC’s defense stood strong throughout. An aggressive mind-set pulled off twenty tackles, and goalkeeper Phil Breno bewitched New England’s offense with three saves. Breno said the team cut down on the errors that haunted them in their previous matchup against Revolution II, a 2-0 defeat on June 19.

“We were on top of them today,” Breno said. “There were times where we might have had mental lapses. Tonight, we didn’t have one, and it was wonderful. It’s a really cool...feeling to have everybody there 100% of the time.”

Keegan said he hopes the Flamingos can carry the feeling of their first win since May 29 into a matchup against North Texas on July 10.

“Momentum is huge in this game,” Keegan said. “You kind of have to ride the wave.”