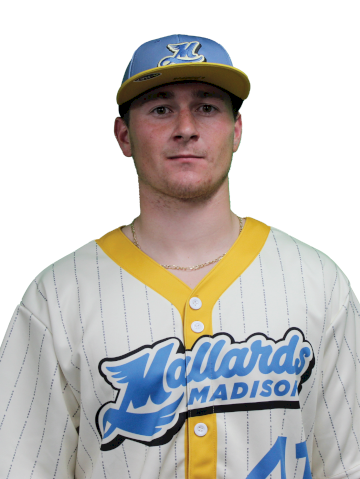 Pitcher Ryan O’Hara dazzled in a breezy starting debut Friday night, leading the Madison Mallards to a 6-2 victory over the Wisconsin Woodchucks’ at Warner Park.

O’Hara said the feeling after his success was incomparable.

“There’s nothing like it,” O’Hara said. “There’s so much hard work that goes into this. We lift all year. We throw all year. We do everything to be able to perform on that mound.”

O’Hara’s show-stopping performance left the Woodchucks with just one hit and two walks in his six shutout innings, lowering his ERA from 2.00 to 1.20. Pitching coach Leon Davidson said the reliever-turned-starter earned his chance at the promotion.

Friday’s star pitcher was yanked off the stage after retiring 10 straight batters. In the seventh, after Mallards reliever Kyle Subers loaded the bases with one out, his substitute Jared Fong walked Woodchucks first baseman Tyler MacGregor and surrendered a sacrifice groundout to catcher Colten Vincent to make it 3-2.

Davidson said O’Hara was pulled because they didn’t want to overextend him in his debut.

Later in the seventh, Mallards catcher Drake Baldwin delivered more entertainment with a two-RBI double into left center field off Shane Telfer, and shortstop Nick Gonzales’ follow-up single proved to be the closing act in a 6-2 victory.

“We’ve come a long way. Beginning of the season, we didn’t have much going for us, not much chemistry, didn’t know each other, all came from different places,” Benson said. “I think now Donnie’s just done a great job of getting us all together and becoming a real team.”

According to Davidson, the Mallards’ plan to keep the three-game winning streak going Saturday night against the Woodchucks is simple.