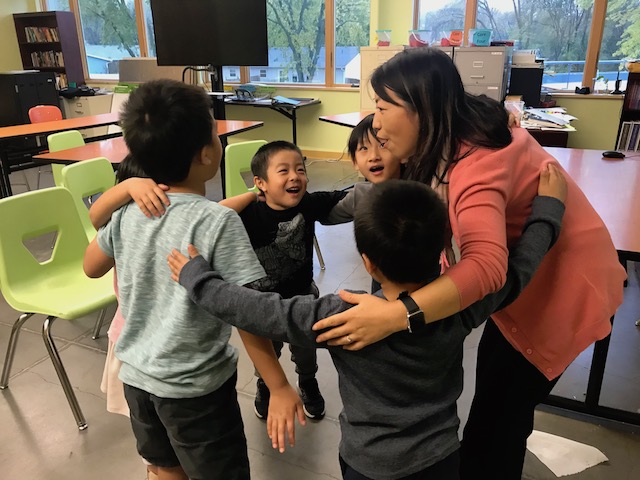 For 11-year-old Ani Xiong, it has not always been easy communicating with her mother at home.

Xiong’s parents immigrated to the United States from Laos with no knowledge of English. They sought a better life in the U.S. so that Ani and her siblings could have more opportunities and become the first generation of college students in her family. For a long time, however, Xiong could only respond to her mother’s Hmong with English. They frequently used hand gestures or items when she couldn’t understand her.

Xiong’s parents often relied on her to translate everyday English for them in public places like the hospital. After some time playing translator, Ani’s family sought a program in Madison where she could improve Xiong’s knowledge of Hmong. They eventually found the Hmong Language and Cultural Enrichment Program at the Badger Rock Middle School, which launched its first summer program in 2013.

Since Xiong began learning more Hmong, her mother, Der Xiong, said their communication and relationship has vastly improved. Although it might take a while to pick up Hmong fluently, Xiong’s mother believes even learning a little bit goes a long way, especially for kids who can’t or may not want to speak Hmong at home.

“In the beginning, Ani knew how to speak some Hmong but when she went to school, she stopped speaking Hmong,” Xiong’s mother said. “Now since she’s going, she’s speaking Hmong again.”

The program was created in response to alarming data released by the Madison Metropolitan School District in 2011 about the disproportionate achievement gap between Hmong students and other students from kindergarten through high school. Although the program focuses on improving the Hmong achievement gap through working with the students’ individual academic needs, it is also centered around teaching its youth Hmong literacy, history, tradition and culture.

Gwen Kong, mother of a student in the program, said HCLEP is significant to the preservation of a culture that is becoming more extinct.

“We don’t have enough opportunities for students to learn this language, which, to be honest, is in danger of becoming extinct. Just so the students in general can learn little bit more about Hmong history, which is not taught, and pieces of their identity so they have opportunities to deepen that connection with their family and themselves and ultimately be successful in their eyes,” Gwen Kong, said.

Activities like weaving their own baskets to use as backpacks and making their own traditional jewelry are meant to teach the children about Hmong traditions and how their grandparents and ancestors used to live.

Fourth grader Taixen Kong’s favorite memory in the program was his performance with his peers on the last day of the summer program when students showcase what they have learned to their parents through a collection of performances.

“On the last day of Hmong school, we had a celebration where all the kids got to play music together on our recorders that was really fun and cool,” Kong said. “That was definitely my favorite part of Hmong school.”

For other students, the program symbolizes a safe space. Fourteen-year-old Nongnah Her, a graduate and current “big sister,” or volunteer, at the program, felt restricted in embracing her Hmong identity when she was in elementary school because of the lack of diversity.

“All of my friends were white, there were only two other Asian kids in my class. I remember wanting to be able to speak Hmong and embrace it but there was no way for me to do it at school, so I probably lost a lot of my language when I went to school and had to speak English,” Her said. “My favorite part [of the program] was being with other Hmong kids my age, being able to learn with them and not feeling weird learning about my own culture by myself.”

Eight-year-old Aaliyah Xiong echoed a similar sentiment of feeling isolated from her peers. Aaliyah Xiong is the only Hmong and Asian student at Beaverdam Elementary School and recalls being bullied by at recess because of her race.

“I was bullied and pushed in second grade. They told me I was different from the other kids, so no one played with me. I was too scared to tell anybody,” Aaliyah Xiong said.

For others, like thirteen-year-old Ishee Xiong, the program is a space where she doesn’t have to keep explaining who she is.

“There’s so little of us in this huge world, but we’re still keeping the tradition and still remembering our culture — even though we go to American school, we still know we are Hmong. People always ask me ‘What’s your race?’ and I say ‘Hmong,’ and I explain this story — it just feels like I’m new to this world and no one knows who I am,” Ishee Xiong said.

When asked about what she found most interesting about this history, Ani Xiong explained, “We used to have to move places a lot from our home because we were always getting hurt.”

This is in reference to the persecution of Hmong people during the Vietnam War and explains why many Hmong people fled to the U.S. to seek refuge. Mai Zong Vue, volunteer director of HLCEP, came to the U.S. as a refugee in her teenage years and recounted her struggle transitioning to the U.S. not knowing any English.

In the future, Vue hopes to sustain the program and, one day, provide the program free of charge.

“It’s cultural relevancy at its best in a community setting for our students who don’t have that anywhere else,” Vue said.