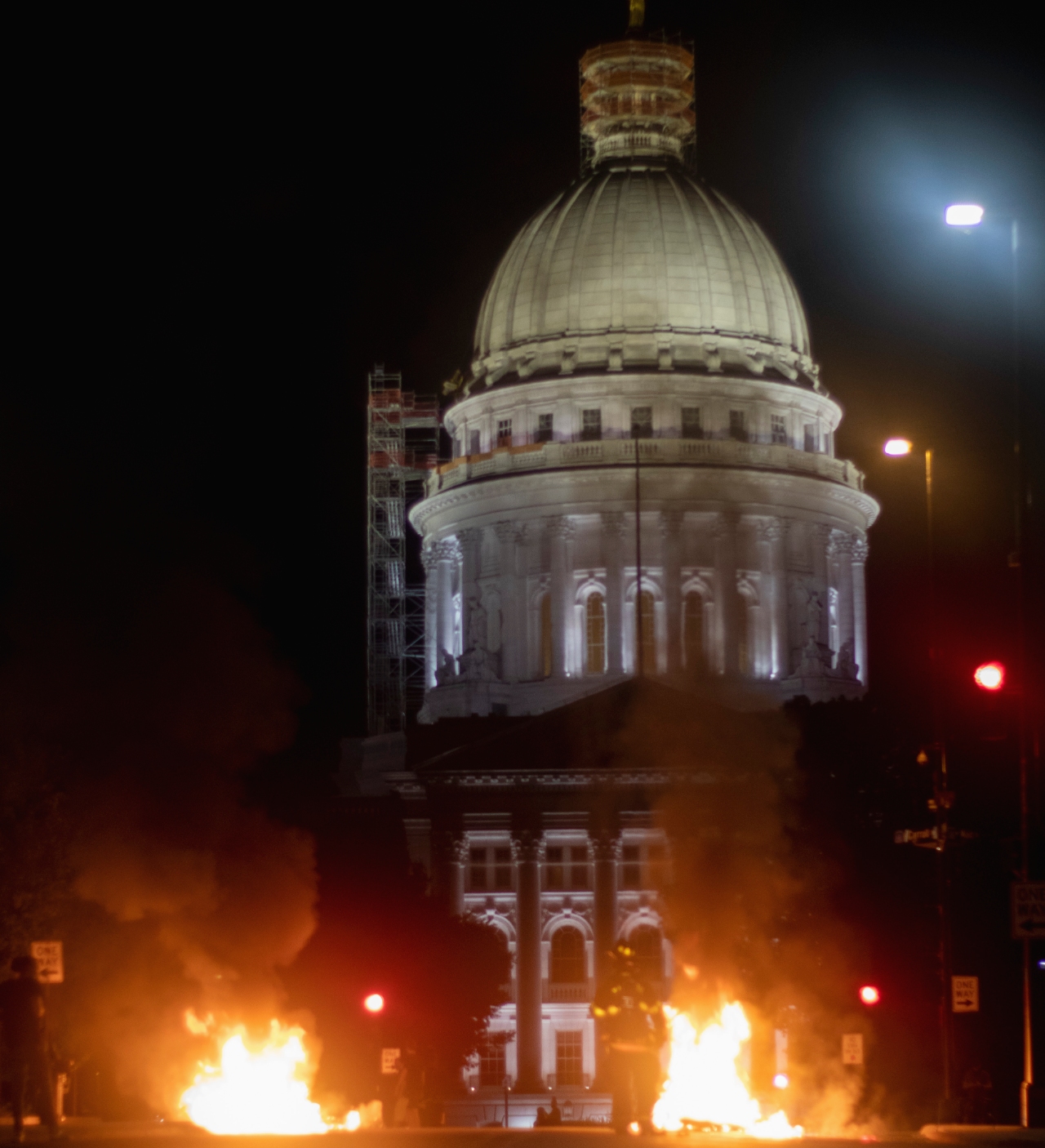 Hundreds of people gathered downtown Monday night to protest following the shooting of a Black man in Kenosha, resulting in several fires, damage to multiple businesses along State Street and conflict with police.

Cell phone video of Kenosha police officers following 29-year-old Jacob Blake into his car and firing eight shots at point-blank range began circulating on Facebook Sunday evening. This led to protests in Kenosha and Madison Sunday and Monday night, calling for the arrests of those involved.

Blake, who was taken to a hospital, is now paralyzed from the waist down, though it is unclear whether the paralysis is permanent.

The Madison protest, which started around 9 p.m., began peaceful, with protesters chanting “Black Lives Matter” and organizers recanting their own instances of conflict with police. Organizers were also urging protestors to continue coming out each night to protest and join community organizations.

“Are you gonna stay here just to hang out tonight and protest or are you gonna join the organizations that have been fighting out here for a very long time?” one organizer said.

At some point, protesters marched to the Dane County Courthouse on Hamilton Street, where they lit the first of several dumpster fires.

Several protesters began smashing the glass on the building and spray-painting the surrounding area. Over the course of the night, at least five dumpster fires were lit throughout State Street, East Washington Avenue and the Capitol Square, which were all extinguished by firefighters. Additionally, several businesses were broken into, including at least three bars and liquor stores.

Protestors also started a fire at the entrance of the Wisconsin Manufacturing and Commerce Building, which did not take and quickly died down. At that point, the first clash between protestors and police in full riot gear occurred at the intersection of East Washington Avenue and Blair Street, where they seemed to be protecting Chalmers Jewelers.