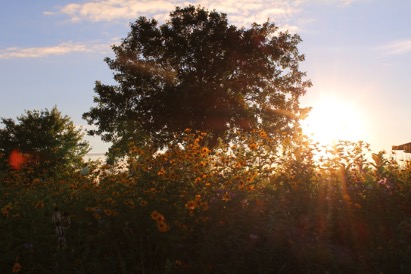 A private Milwaukee foundation announced it will match up to $400,000 in donations that members of the public make to the Ice Age Trail Alliance to support the nonprofit's effort to preserve segments of the Ice Age Trail.

The pledge from the Paul Fleckenstein Trust will jump-start efforts by the Ice Age Trail Alliance, a nonprofit, volunteer organization whose mission is to create, support and protect the many segments of the Ice Age Trail, to conserve land in the Madison area and move closer to its goal of purchasing 500 miles of trail connectors that are still privately owned.

“We rely on public funding to acquire land,” said Kevin Thusius, the alliance’s director of land conservation. It is difficult for the group to compete with land bidders who have cash in hand. Public money allows the alliance to immediately acquire land up front when it finds a property for sale and later cover those costs with funds from the government and donations.

“Because of those funds, we were able to acquire 10 properties in 2021… which blows away anything we’ve done in the last 30 years for acquisition,” Thusius said.

Many trail users support this progress. Charlie Rider, a recreational user of the trail, said expanding the fund to integrate the Ice Age Trail into existing land is an important step.

“They managed the lands so you can harvest and forest on them, but they're also open for all people and you know that these aren’t going to be developed on,” Rider said.

Rider said watching the progress made on the trail has been a positive experience and that it is “impressive to walk the trail and see a new segment every time.”

The alliance works to guard the land segments that they acquire as well as existing trails.

Paul Reith, a Dane County delegate to the Wisconsin Conservation Congress, an elected body that advises the Department of Natural Resources on land usage, noted the difference between preservation and conservation, and said that while many parks have similar foot traffic and access, the Ice Age Trail has regulations that preserve and protect the surrounding area.

This conservation has also created opportunities for businesses, recreation and education within the borders of Wisconsin. According to the UW-Whitewater Fiscal and Economic Research Center, the trail's estimated 2.3 million annual visitors contribute around $335 million to local and state economies.

Reith said the Ice Age Trail Alliance is a good example of partnership from a conservation and tourist standpoint. He said private participation as well as public funding has had a hand in helping to connect parts of the trail to make it a “walk-through” experience.

The realization that “all these people are going to go and but once they get there on foot, they're still going to be hungry and thirsty” has compelled private businesses to create “corridors” that they are a part of, Reith said.

The trail also creates opportunities for those who live nearby. Heather McEllistrem, a frequent visitor of the segments around her neighborhood, said the trail is great for everyday walkers and offers an escape from busy neighborhood streets for her and her hyperactive dog.

“I can let him off the leash,” she said. “I don’t know what we’d do without the trail,” McEllistrem said.

Rider said he and his daughter Maddie used the trail in 2018 to train for their hike on the Camino de Santiago in Spain because of its “easy accessibility.” They continue to use the trail as a way to reground and experience a break from life.

“We’re so privileged that within minutes outside of Madison, you feel like you’re in the wilderness,” Rider said.

One unique characteristic of the trail is its history. The Ice Age Scenic trail follows the “last outline of the most recent glacier,” according to the alliance's website. To Thusius and Reith, the “rare” aspects of the trail are part of what make it important to conserve.

“Nowhere in the rest of this world have the glaciers left such a cool or indicative landscape as they did here in Wisconsin,” Thusius said.

Markers like sandstone, kettle moraines, glacial deposits, drumlins and natural lakes rarely exist together the way they do in Wisconsin and are rarely as well preserved, according to the Ice Age Trail Alliance website.

Despite the progress being made to conserve this land, there are more than 1,000 transactions of private land still to be made to fill the remaining gaps in the trail, according to the alliance.

Thusius said that one primary concern for conservation is the constant division and increased cost of land. “The longer we wait to acquire property for the trail that makes these connections, the more difficult it's going to be,” he said.

Reith worries that money from trust donors will not be enough to conserve the remaining land segments.“The mission can't just be to raise enough money,” he said. “At some point, we have to look at this as a social issue.”

This is where advocacy networks and clubs become players in the protection of the Ice Age Trail, Reith says, by “encouraging someone to sell the land to the state at a discount in order for it to be held in conservation.”

For now though, the alliance will continue forward with land transactions made possible by funds like the Fleckenstein Trust.

“The dream is to have a totally connected trail,” Rider said. “The reality is that it will take generations for that to occur.”