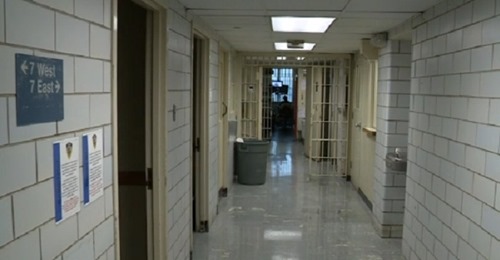 "If you look at the State of Wisconsin there is disproportionate incarceration of minorities, particularly African Americans," Chawla said. "If we can understand the reason why people are in the Dane County Jail, we can take steps to reduce the jail population."

Tension around the Jail Consolidation project stems from concerned members of the community and those who continue to face injustice throughout Dane county.

Currently, criminal and mental health conflicts in Madison are handled by law enforcement without much regard for a larger portion of incarcerated inmates and people throughout the public suffering from mental illness.

"We can look at the COVID-19 pandemic and how it cut the jail population in half without a big impact on public safety in our community," Chawla said.  "That's a function of the District Attorney's office, the circuit court judges, the sheriff, and the city of Madison police department to bring these cases forward that affect public safety and to try to deal with mental health situations outside of a law enforcement context."

The COVID-19 pandemic continues to have a major influence on the criminal justice system in Dane county. Amid the breakout of the virus, Dane County has seen an overall decrease in the jail population, nearly cutting it in half. Chawla believes a mental health crisis center is one of the best solutions to the discrepancies among incarcerated people in Madison.

"The jail consolidation project has a number of glaring holes in it and perpetuates strategies that we've used in the past that have been unsuccessful and created undesirable outcomes in the county and the state,” he said.

County Board Chair Analiese Eicher said the county plans to reduce the number of beds in the new jail by 50, from 922 to 872. While the anticipation of the Jail consolidation has been relevant in Dane county for the last decade, conflict surrounding the project has not stopped the county's decision to proceed in building the new jail.

"My hope was that once we saw a reawakening of our social consciousness through the nation’s uprising last summer that still continues now, with people demanding social change, would influence us in a better direction. Unfortunately, the project is moving ahead essentially as is with minimal changes to it,” she said.