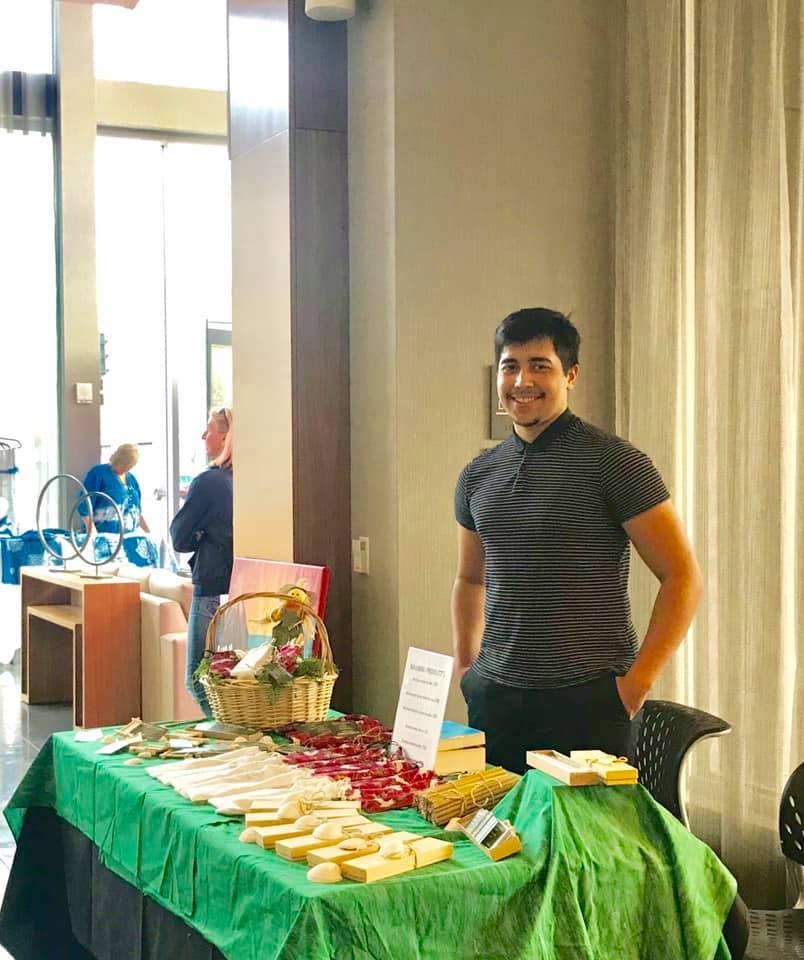 “I came up with World of Bamboo because I noticed that everything in the economy is becoming more eco friendly so I decided to sell bamboo straws,” he said.

The business has expanded into toothbrushes, chopsticks, eating utensils, and soap dishes. Now, Hamdan is the youngest member of the Latino Chamber of Commerce of Dane County, something he thinks is pretty cool.

Hamdan participated in hands-on social entrepreneurship education workshops and courses through CEOs of Tomorrow Incubator program. He said he’s always had an interest in entrepreneurship.

“Before I was in the program, I was selling clothes and shoes,” Hamdan said.

He resold clothes from popular streetwear brands like Supreme. Through the program he began looking at more sustainable business ideas. In the program, Hamdan was given 30 weeks to pitch an idea for his next business venture.

“They taught me a lot about the proper ways to make a business,” he said.

Hamdan thought about doing something related to the environment before participating in the program. Prior to settling on bamboo utensils, he researched other materials such as paper and metal. While surveying consumers about paper, Hamdan realized most people did not like it because of how fast it breaks down.

Then, he learned of an ordinance to the Madison City Council that would limit the use of plastic straws at restaurants and bars. Alderman Syed Abbas proposed this ordinance in early August.

“After I heard about that, I thought about bamboo because I actually did research about bamboo for school,” Hamdan said.

Before officially proposing the idea of bamboo utensils for the CEOs of Tomorrow pitch, he began spitting out ideas. He ran the idea of creating bamboo straws and other utensils through his dad who liked the idea. His bamboo utensils are also dishwater safe. Hamdan said he uses the same set for up to three weeks.

“When you’re throwing them away, it’s not like it just sits there forever. It degrades. Even if you threw it on the ground — I don’t recommend that — it would find its way to a sewer system and eventually biodegrade,” he said.

Each straw takes only seconds to make, after which he boils the utensils to sanitize them. After this process, Hamdan’s utensils are ready to be sold.

“Most of my sales come from conventions and I usually end up spitting my pitch to them,” he said.

Hamdan’s friends also buy his bamboo products and tell other friends about them. His customers often end up buying 20 packs of utensils. Hamdan plans to expand his business and create new products for customers, but running a business can be a lot of work.

“I play hockey for my high school and I actually practice every single day, so I don’t know how I’m going to balance that and my business in the winter,” he said.