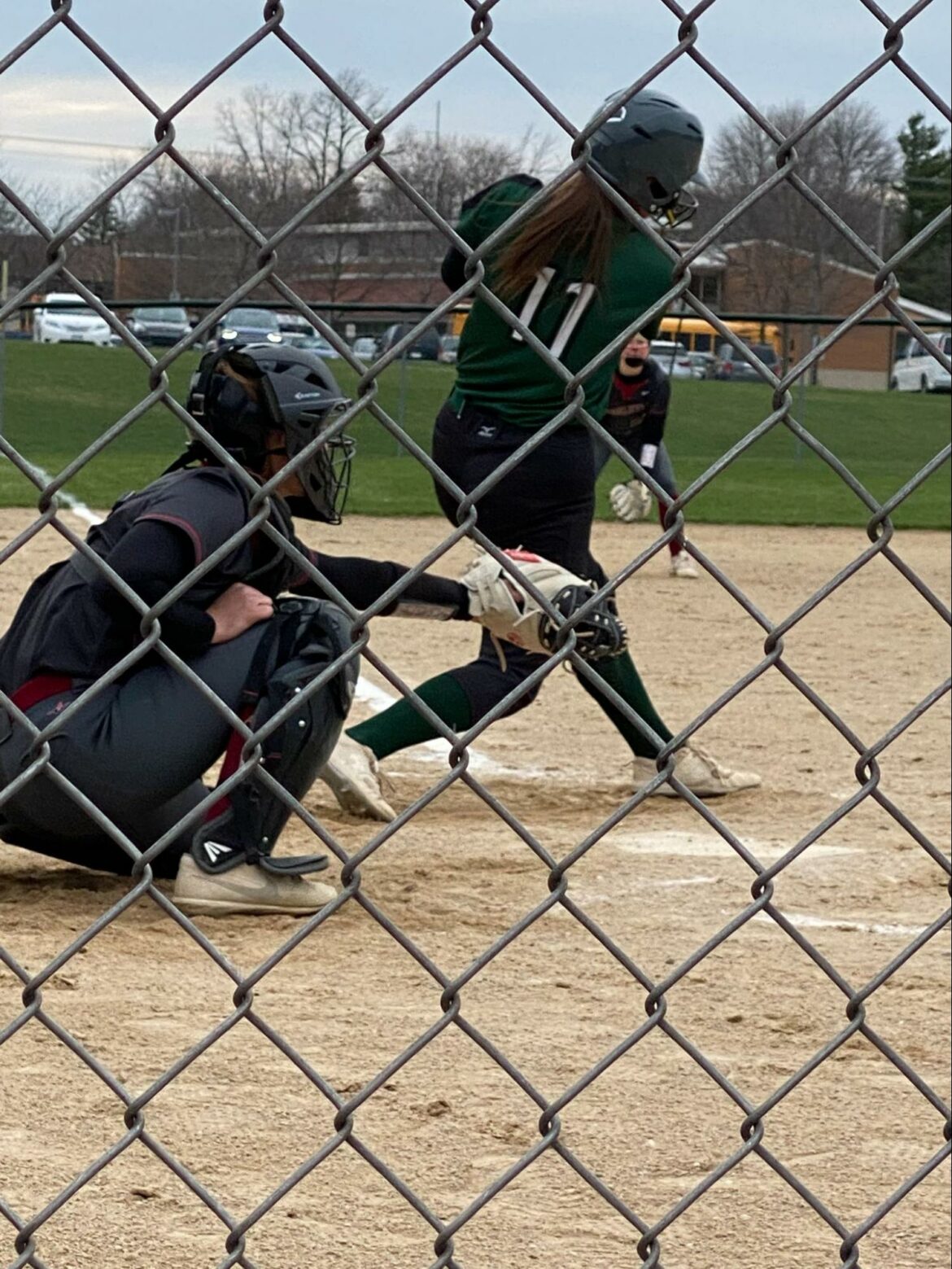 Memorial (6-2) moved to third place in the Big Eight with their win over Middleton (5-2) Wednesday night at Thomas Jefferson Middle School. The contest was a reschedule of a game originally planned for April 20. The Cardinals moved down to fourth in the Big Eight, only a half game behind Memorial and Janesville Parker.

“That win was big for our confidence,” Memorial coach Kourtney Peters said. “We have a very young team. We have a lot of returners, but they are all young, so this helps us establish that confidence they are going to need to finish the season.”

Memorial struck in the first inning. A leadoff single from Jaskowiak, two stolen bases and a throwing error from the Middleton catcher broke the ice to put Memorial on the board. Singles from Memorial’s sophomore left fielder Angela Carlsen and senior catcher Veronica Carran pushed across the second run of the inning.

Middleton did not back down, working deep into at bats and putting pressure on the Spartans in the second and sixth innings.

“We never gave up and always found ways to battle to extend at bats,” said Middleton coach Brittany Carl. “We found ways to get runners on, whether it was walks or beating out infield singles.”

Jaskowiak was able to stop the Cardinals anytime they started to get momentum. Middleton put up its only run of the game in the sixth inning, scored by junior Maggie Cochrane.

“Me and [Vanessa Carran] went in with a game plan where we were going to pound the zone inside,” Jaskowiak said. “As a pitcher, you can only do your job. If there is a mistake behind you, you can only control what you can control. To have the mindset that ‘I’m going to do my very best in this very moment that isn’t ideal, but I am going to do what I can do.’”

Jaskowiak finished with eight strikeouts, five hits and zero earned runs on 127 pitches. She also contributed at the plate with one run, one RBI and two hits.

The Spartans broke the game open in the bottom of the sixth inning, scoring three runs on four hits.

Two of Memorial’s largest offensive contributors were Carran and senior second baseman Merit Williams. Both went 3 for 3 from the plate, with Williams scoring a run and Carran notching an RBI.

“I’ve been playing really tense lately and I think today was the day that I loosened it up,” Carran said. “I had a clear head and not really overthinking about anything in the box.”

Middleton’s top two hitters, senior shortstop Jenna Redders and senior third baseman Bailey Flock, were held to one hit and one walk each in their eight total plate appearances.

Middleton will have a quick turnaround, playing a doubleheader at Beloit Memorial Thursday. Madison Memorial will also play an away game Thursday, traveling to play Janesville Parker.