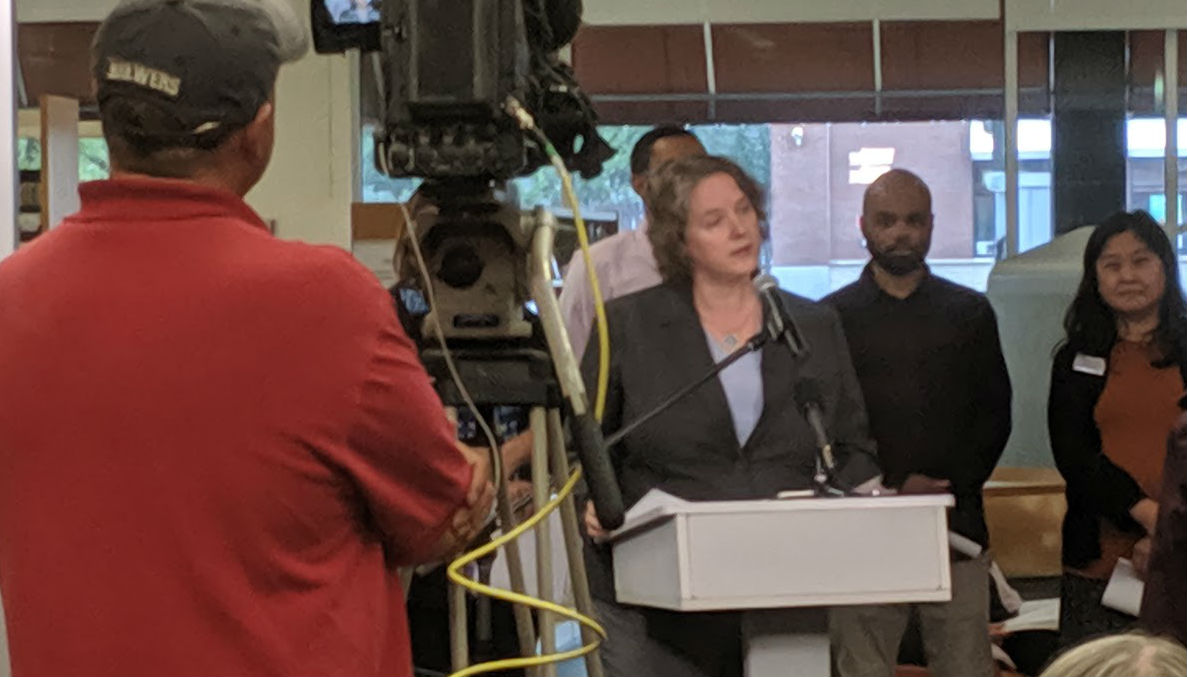 “One of the most commonly shared community priorities was how important it is to residents throughout the city of Madison to invest in our young people,” Rhodes-Conway said of her budgetary focus.

The recently released budget calls for funding for both a new teen librarian to be housed at the Goodman South Library and a teen-programming specialist for the Warner Park Community Recreation Center.

Terrence Thompson, executive director of the Warner Park Community Recreation Center, said that a new teen-programming specialist on the city’s North Side could help the center serve the growing number of teenagers in the area who aren’t already connected to programming at school or one of the four local community centers.

“We want to be using the center to provide meaningful opportunities for those kids who may need some extra support, and are really looking for stuff to do that appeals to them,” Thompson said.

The proposed budget seeks $340 million altogether, up $8 million from the 2019 operating budget, former Mayor Paul Soglin’s last before being unseated by Rhodes-Conway this year. Rhodes-Conway plans to make up the difference in part with revenue drawn from a new, annual $40 local vehicle registration fee.

“Madison is rapidly changing, and our transit system needs to change to accommodate that growth and ensure growth is equitable, and no one gets left behind. Any commitment to equity today will require a good transit system,” Castro said.

The 2020 operating budget, departing from at least the previous two budgets, does not allot funding for new officer hires. The budget’s executive summary notes that some officers assigned to specialized units will now move back to patrol. Rhodes-Conway said that the officer reassignments described in the budget were made by Koval and are not specifically dictated under the budget.

Other changes to the police department budget include shifting parking enforcement duties from MPD to the city’s Parking Division and funding to hire an independent police auditor. Rhodes-Conway said that the details of that role have yet to be determined and no timeline for hire exists at present.  The budget also grants some supplemental budget requests, among them wellness programming for officers, mental health response trainings, and new human-resources tools.

Rhodes-Conway centered both affordable housing and transit options in her campaign for office last spring. She also told the Wisconsin State Journal in April that her plans for police spending would not focus on new officers as much as providing services for residents with mental health and substance abuse issues.

“It’s been a process, shall we say,” Rhodes-Conway said of the final operations budget. “I’m excited about the things that we are able to do within very real constraints.”

The budget now goes to the Board of Estimates, the Common Council's finance committee.