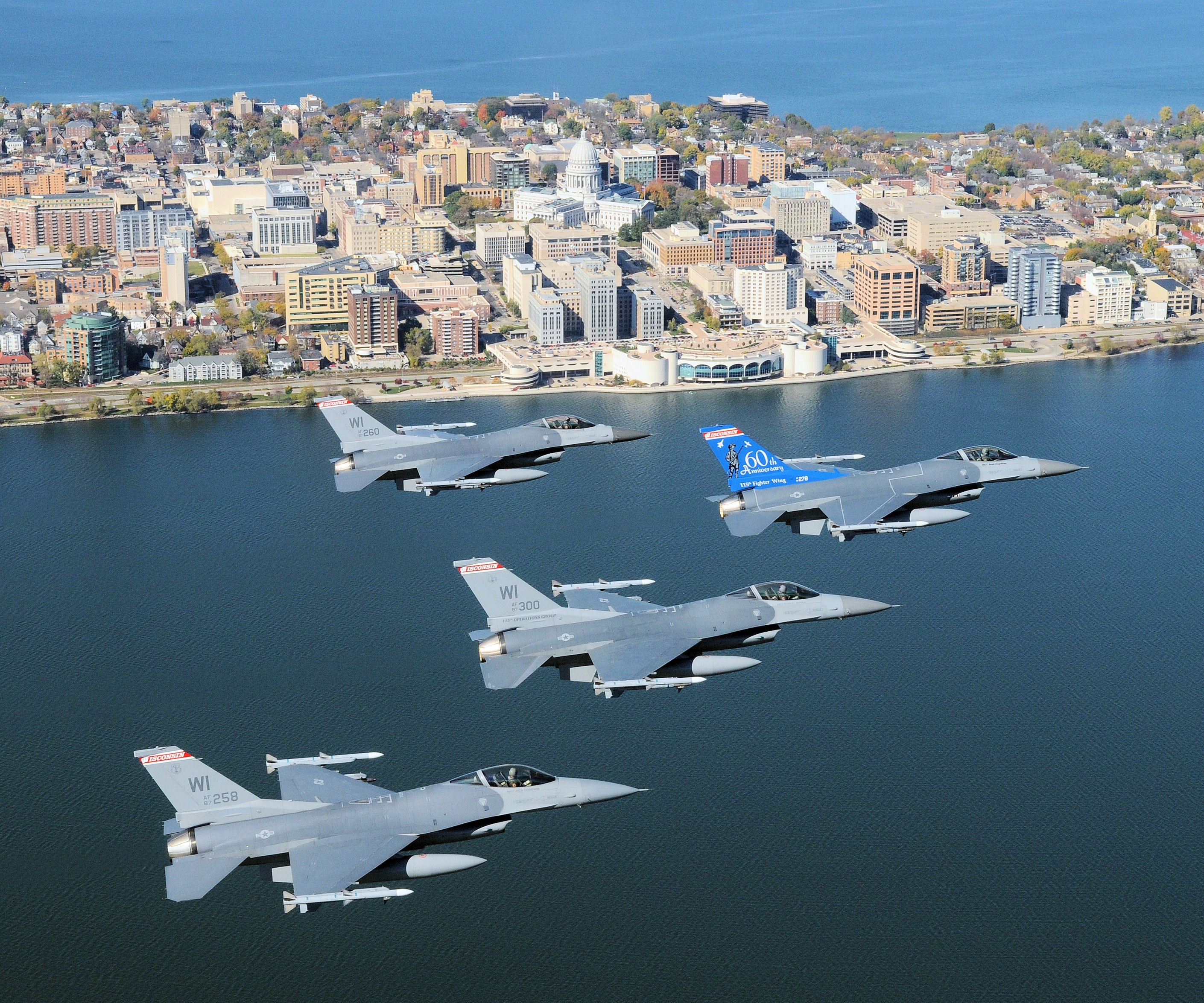 Discourse surrounding the possibility of basing F-35 fighter jets at Truax Field has been looming for over a year, but an eight-hour-long city council meeting held last Tuesday indicates that the issue is not fading away any time soon.

A group of community members have actively disapproved the prospect of welcoming a 20-plane fleet to Madison’s Northeast side — primarily due to noise concerns, anticipated environmental impact, and an anti-military philosophy — and are requesting greater transparency and research for the official environmental impact statement. A resolution sponsored by Alders Grant Foster, Rebbeca Kemble, Marsha Rummel, Patrick Heck, Tag Evers, and Syed Abba requests that the Air National Guard reconsider Truax as a preferred location for the jets. The resolution passed on a 16-3 vote after another resolution more forcefully opposed to the F-35s failed.

It may seem like a cut-and-dried issue, as the 115th Fighter Wing has housed the current, aging generation of birds, the F-16s, for 32 years. Yet, these new, more advanced planes reportedly will provide the base with up to 64 additional personnel, and a means of Truax staying technologically relevant, according to the draft environmental impact study. On the other hand, however, the planes also will have “significant disproportionate impacts” on the already-marginalized populations of low-income communities, minorities, and children. The Air National Guard estimates that 2,215 previously unimpacted residents would be vulnerable to predicted noise increases.

Yet, supporters and protesters alike are seeking greater clarity and accountability from the Air National Guard and elected officials.

While those against the F-35s continue to pressure US Senator Tammy Baldwin, and have been seeking now-received attention from US Representative Mark Pocan, Madison Mayor Satya Rhodes-Conway, and alders representing impacted districts, those in support of the jets are looking for statistics reflective of a “most likely scenario,” which they say is unrepresented in the draft EIS.

Ed Blume, an advocate and facilitator of the “No F-35 Fighter Jets in Madison” Facebook page, has been using his grassroots background to notify his neighbors of the proposition.

“I live directly under the F-16s’ flight path, and my next-door neighbors don’t necessarily know [about it],” said Blume. “Communities east of the Square already suffer from the noise from F-16s and commercial flights, so many people are appalled when they find out it will get louder.”

Blume, who has been anti-war for a “long, long time” is also skeptical of the perceived economic benefits.

“The stationing of the F-35s will do nothing positive for Madison or Dane County. The jobs will be filled with personnel, not our citizens,” said Blume. “Truax is not going to go away any time soon.”

Chris Arenz, the Executive Director of the Badger Air Community Council, strongly disagrees, arguing that current F-16s are quickly approaching their shelf life and desperately need to be replaced.

“The truth of the matter is, the F-16s we have in Madison are the oldest in the Air Force fleet. Even if we are awarded the F-35s, they won’t be here until 2023, so they are still planning on flying the F-16s for the next four years. What happens after that?” Arenz said. “We will lose 1,200 jobs, and will face $1 million in economic impact.”

This isn’t to say that Arenz has no grievances with the proposition, however. The draft environmental impact statement released in August runs on the assumption that the initial upswing in flight activity — a projected 47% increase following the F-35s’ installation — is an accurate measure of long-term flight behavior. Nonetheless, both the Department of Planning & Community & Economic Development and Arenz agree that, in the long-run, such increases will not be maintained. Thus, Arenz suggests that the “most likely” scenario will not feature the prominent impacts represented by the EIS’s, as he believes, “worst case” scenario.

Having grown up on the East side and served as an F-16 pilot before retiring, Arenz is not ignorant to the reality of increased noise impacts. He is urging the Air National Guard to provide community members with a more practical metric than the current EIS comparison to a vacuum cleaner.

On the other hand, Maria Powell with the Midwest Environmental Justice Organization finds it implausible that the information provided in the EIS actually represents a worst-case scenario.

“It is challenging to predict realistic environmental impacts due to significant gaps in information that should be included in the EIS,” said Powell, noting a lack of inclusion for chemical usage at the base, as well as the role of construction in producing contaminated stormwater runoff. “MEJO doesn’t think F-35 fighter jets should be located anywhere, or even built at all, but if they are, they should be based as far away from where people live, work, and play as possible.”

Powell, Arenz, and Blume all noted the increasing attention from elected officials and hope that conversations surrounding the F-35s basing will persist.

The public commentary period for the draft EIS will run online through Sept. 27, and it is expected that a verdict will be reached by early next year.