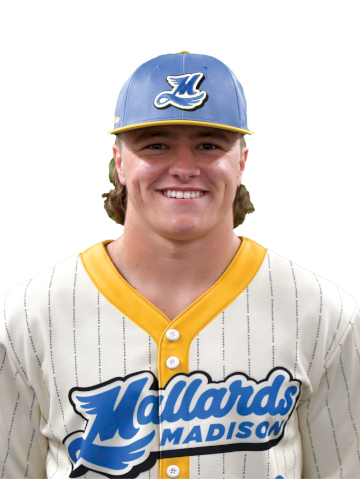 The Madison Mallards left fielder Matthew Scannell saved his team from a self-destruction in a 4-3 walk-off comeback victory against the Kenosha Kingfish on Sunday evening at Warner Park.

After blowing a chance to walk it off in Saturday’s game, Scannell said the difference this time was his composure.

“I was the most relaxed I’ve been all year,” Scannell said. “Threw me a first pitch changeup. Knew I was going to get a fastball, so just put a good swing on it.”

In the third, after Mallards designated hitter Alex Iadisernia walked and advanced to third on a pair of wild pitches by Kingfish starter Dante Guarascio, catcher Drake Baldwin’s sacrifice groundout to first ignited the scoring 1-0. Mallards first baseman Tyler Dean said he still believes he’s part of a good offensive team despite them getting their first run of the game with no hits.

“I was really happy with the pitch that I made. Up-and-in is typically where I like to throw,” Anderson said. “I’m used to it, played a lot of baseball. It’s not the first time it’s happened. It’s not going to be the last, but I’m OK with it.”

In the bottom half of the inning, Kingfish reliever Mitchell Waletzki threw into Dean’s blast radius, leading to a two run bomb to right that demolished the deficit. Dean said it felt good to get his first homer of the season after a blood clot diagnosis in his leg this spring limited his playing time at St. Edward’s University.

“That was so sick,” Dean said of the hit. “Right at my sweet spot...felt like butter.”

In the bottom of the ninth with the bases loaded and one out, Scannell completed the comeback with an explosive RBI single to left that deflected off left fielder Casey O’Laughlin’s glove. Dean said that his team’s ability to finish the comeback is just part of who they are.

The Mallards look to sweep the Kenosha Kingfish on Monday afternoon at Warner Park. First pitch is slated for 1:05 p.m.