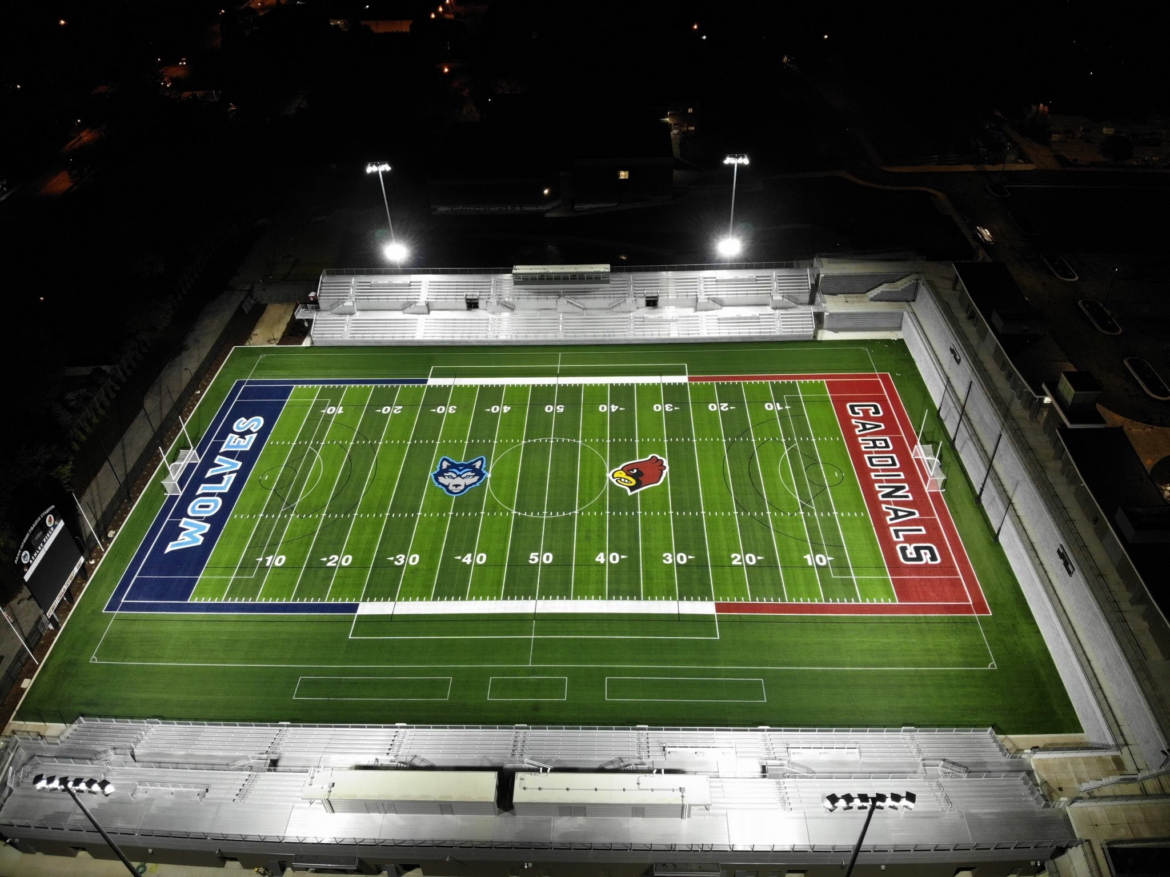 Sun Prairie West High School will open its doors for the first time in fall 2022. This will shake up the school district, including its high school athletics.

The district had about 2,500 students enrolled in grades 9–12 as of November, according to a district enrollment report posted on its website. This separation will provide new opportunities for each high school that otherwise wouldn’t be available.

“I think you are more likely to see more kids come out,” said Eric Nee, Sun Prairie’s Athletic Director. “This year we are not cutting at the freshman or JV level. It is more of an opportunity to develop kids on the athletic field.”

The decision to not cut any students from the freshmen or JV level for most sports resulted in overloaded rosters that made it difficult to balance playing time and development. The addition of a second high school and more teams would help relieve some of this pressure.

“I think it will be a benefit to let more kids play in sports,” said Angela Crawford, a parent of a Sun Prairie student. “It’s been a rough season already for the sports that have been out. For example, volleyball did no cuts and that was a bit of a mess. So I am looking forward to next season where more kids can compete more.”

Along with the extra opportunities on the field, Nee said it provides current athletes with a chance to engage more and step up as leaders and captains of different teams. This wouldn’t only develop them as athletes, but also as young men and women, he said.

“There will be more opportunities to be leaders on your team,” Nee said. “You are going to have more kids that sport specialized going out for more than just one sport, which will improve those teams. So, I think there is a great opportunity for development going forward.”

There will also be some challenges that both the schools and the athletes will have to face going forward. Sun Prairie High School has been a regular contender for state championships,  winning six WIAA state championships within the past decade.

When the schools split, winning won’t be guaranteed, but there is no way to know exactly how the teams from each high school will fare until next year according to Nee.

“I think for both schools, with change comes growing pains,” Nee said. “Does that mean we are not going to compete? No. As an athletic department we are going to continue developing everyone that is in front of us.”

Not everyone from the Sun Prairie community feels great about the competition level of the teams following the split.

“I feel like when the schools split up the teams won’t be as good,” senior Mateo Molina said. “If the city grows the teams can get back to where they are. But if it stays similar to its current size, it will be the same amount of kids and the same amount of talent just getting split up into two different schools.”

Both high schools will likely stay in Division I for most sports. According to Nee, football can be either Division I or Division II in a given year due to who is eligible for the state tournament and how the high schools compare in enrollment.

The district has an Athletics and Activities Configuration Committee that is currently looking into which teams could potentially need to be shared between the two schools. Each year the committee does survey work among the middle schools within the district and presents to the school board which teams need to become a co-op. This can change from year to year, and their predictions may not always reflect who actually comes out for the sport.

It’s not set in stone yet how these sports will be shared among the high schools, because it’s uncertain how many students will sign up.

There is also the potential for growing pains for the student athletes themselves. With the addition of Sun Prairie West High School, the school district has made a strict map with boundary lines that determine which high school students attend. This includes students who have attended Sun Prairie East High School up to this point for their education.

Therefore, along with their regular schoolwork, future planning, and athletic and social lives, these students will have to adjust to a brand-new high school.

“The school board will actively develop ways to support those kids in that transition,” said Dave Hoekstra, the treasurer for the Board of Education. “Within the next few weeks likely, all parents will be notified of their child’s attendance school for 2022.”

The main concerns of many students were how friend groups would be split up and the uncertainty that comes with such a major change.

“I just don’t really know what to expect,” sophomore Nora Schultz said. “We have gotten a lot of information but it’s still something that’s hard to process until you experience it. I don’t know if it’s a good or bad thing. I’m just confused.”

There will also be familiar faces around the new high school to help students, Nee said. While the district can’t yet inform families which coaches and teachers will end up at the new school, there will be some from Sun Prairie East that will move to Sun Prairie West next year.

There will also be some necessary adjustments for scheduling at the Bank of Sun Prairie Stadium, the high schools’ football, soccer, track, lacrosse and ultimate frisbee competition site. All conference scheduling will be handled by the commissioner of each sport’s respective conference — the Badger Large Conference for football and the Big Eight athletic conference for most other sports.

The head coaches for both Sun Prairie high schools will have to work with Nee to coordinate their nonconference schedules beginning with the football season’s opening week, when East will play Thursday night while West plays on Friday night.

Both schools’ logos will be featured on Ashley Field and throughout the Bank of Sun Prairie Stadium. Sun Prairie East will keep the traditional Cardinals logo with a red and black color scheme. Sun Prairie West will adopt the Wolves as their team mascot with a navy and sky-blue color scheme. The logos have a left and right split reflecting how it is now East vs. West high schools.

Nee won’t be alone in managing the athletics of the two high schools, as each school will have a dean of students who will also devote time to helping with on-site athletics throughout the day.

While these challenges will need to be faced within the next coming years, the athletic department officials are excited for the extra opportunities that will come from the new school.

“When you have a smaller school there is more of a sense of community,” Nee said. “There will just be more opportunities to get people out to games and more of an opportunity for player and student development.”

Editor's note: This story was corrected after initial publication to accurately reflect student enrollment for grades 9–12.