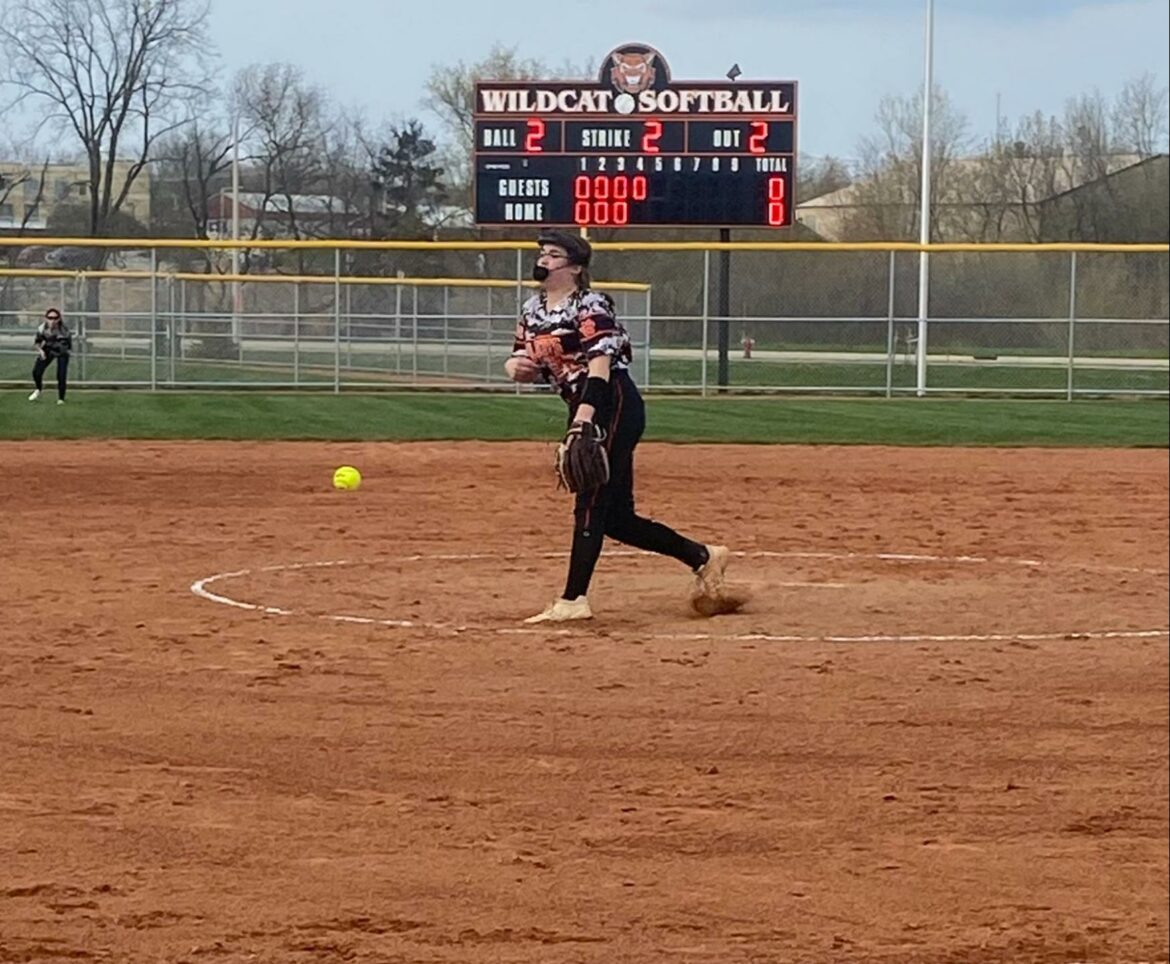 Hilary Blomberg comes out on top in a pitchers’ duel

The Wildcats improved to 8-3 in the Big Eight with the win over Janesville Parker (5-4), completing Verona’s sweep of the Vikings on the year after a 3-1 victory last Friday.

A wide strike zone from the home plate umpire helped turn the game into a true pitchers’ duel. There were seven hits between the two teams and 15 total strikeouts between Blomberg and Parker junior pitcher Hannah Bolly.

“[Blomberg] is just an amazing pitcher and was really solid in that game,” Verona varsity assistant coach Michelle Schreier said. “She was a key player in that game. To go an entire game after pitching last night as well is really something.”

Schreier stood in for Verona’s head coach, Todd Anderson, who missed the game because of an illness.

Blomberg finished the game with 11 strikeouts, while only giving up two hits on 76 total pitches. Bolly also boasted a great performance. She struck out four batters, and gave up five hits and four free bases without a single earned run in six innings of work.

The only runner to cross the plate during the game came in the bottom of the sixth inning, when Verona junior Elle Osting laid down a suicide squeeze with the bases loaded. Gentry Reed, at third base for Parker, opted to flip the ball to home, but the runner scored due to an error from freshman catcher Kenedi Pryne.

“I was so proud. That was such a big run by [Osting],” Blomberg said. “It was a perfect bunt. I was jumping up and down in the dugout.”

The inning ended after a hard lineout to Reed and runner’s interference at second base.

The two teams are currently heading in opposite directions. Verona initially got off to a slow start this season after multiple weather delays but is now on a four-game win streak. Parker, who started the year 5-1 in conference play, has lost three in a row.

“This is our fourth loss, our third one on a bunt, so that’s tough, our girls losing by one run again,” Parker coach Bob Getka said. “Small ball has been hurting us a little bit here, but we have been pitching extremely well. That’s just something we have to clean up and we’ll get better at.”

Verona’s next game will come Friday night, when the Wildcats host Madison La Follette. Parker will face two non-conference opponents Saturday when they host the Janesville Triangular, going to Madison West on Monday.