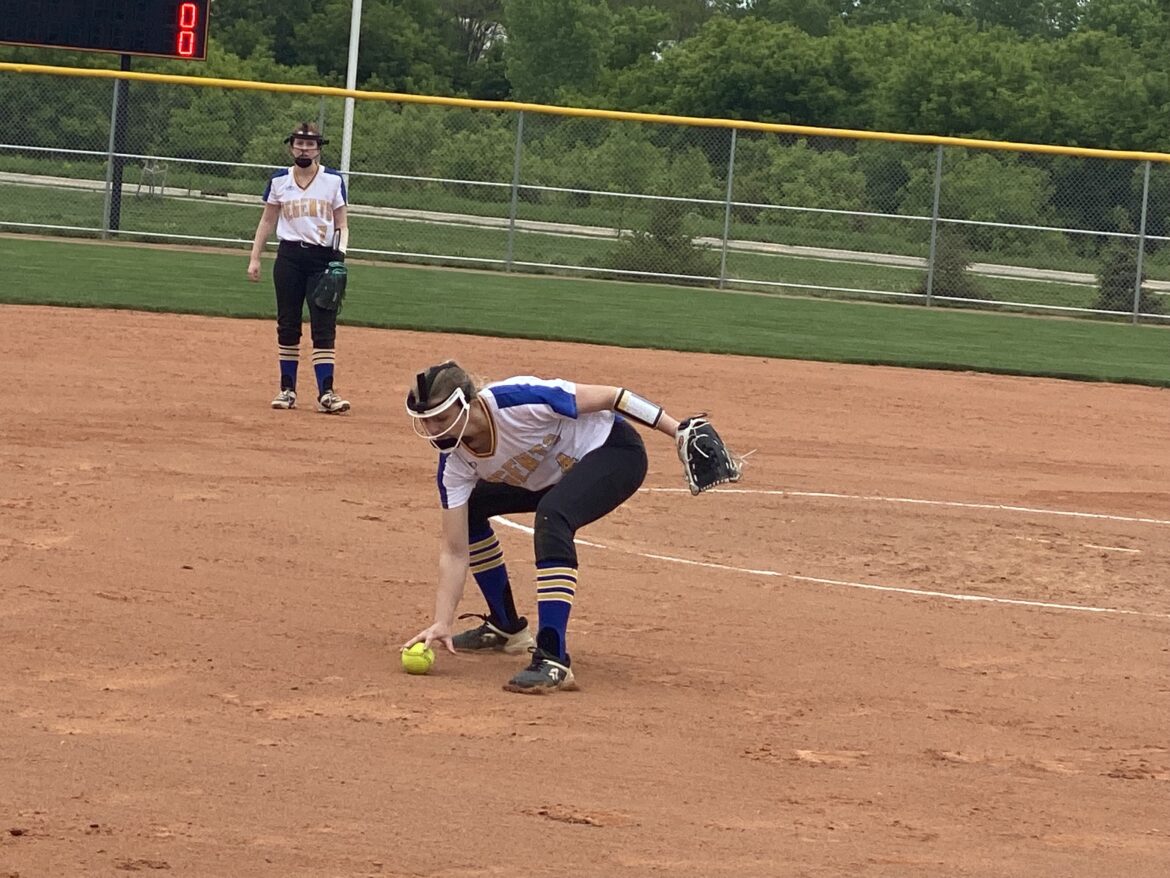 Wildcats advance to second round of postseason tournament

VERONA, Wis. - It took No. 3 Verona just three innings to defeat No. 14 Madison West and advance beyond the first round of the WIAA postseason tournament.

In a total team effort, Verona run-ruled the Regents 15-0 Tuesday night, with the game called due to the WIAA’s postseason run rule. The Wildcats previously swept Madison West in the regular season, beating them 10-0 and 11-0 in late April.

Verona’s junior pitcher Hilary Blomberg controlled the game from the beginning, only allowing two hits during the short contest. She also had eight strikeouts on just 41 pitches.

“That was our plan to limit our pitcher,” Verona coach Todd Anderson said. “Had the game gone longer, we might have seen a different pitcher anyway, but we needed her to throw and get ready for whoever’s next.”

Verona Freshman Mallorie Kreuser was warming up in the bullpen to eventually relieve Blomberg, when the  game ended on what could be considered a walk-off walk by freshman Sierra Ejercito. Ejercito, who had already walked in a previous at-bat during the third inning, came to the plate with only one out and the bases loaded. Ejercito was not aware that there was a run rule after three innings for the postseason and ended the game by taking four straight balls.

“It was a bit of a surprise,” Ejercito said. “I knew it was bases loaded, and I’m not in that situation very often. My goal was just to hit it out of the infield and not swing at bad pitches.”

Verona finished the game with 11 hits from seven players. The only two who did not record a hit during the game still reached base through walks and errors.

“The plan was hopefully to score a lot of runs if we could,” Anderson said. “We made a few little adjustments, but we were hitting it well right from the beginning.”

Verona’s top hitters were senior Odalys Rivera and Blomberg. Rivera went 2 for 3 with two runs scored and two RBIs. “Whenever I’m up in the box I try to relax and be in my zen mode,” Rivera said. “I remind myself each time just to take my time and just see the ball.”

Blomberg went 3 for 3 with one RBI and her courtesy runner, Taylor Peterson scored three runs.

While junior Sarah Millmann struggled on the mound against the Wildcats, she was still the Regents’ top performer as the only player to record a hit for Madison West, going 2 for 2 from the plate.

“She’s been in a slump for a while,” Madison West coach Sarah Sorensen said. “Seeing those hits shows the growth that she’s had.”

“Missing two junior/senior leaders is really tough for a game,” Sorensen said. “[Hooper Lofton] is a really good team player. She’s our catcher and the leader of our whole team.”

Tuesday’s loss ended the season for the Regents. Hooper Lofton was the lone senior on the team, and Sorensen expects the young core to grow from this season.

Verona will host No. 6 Middleton on Thursday at Verona Area High School, for a chance to make it to sectionals.