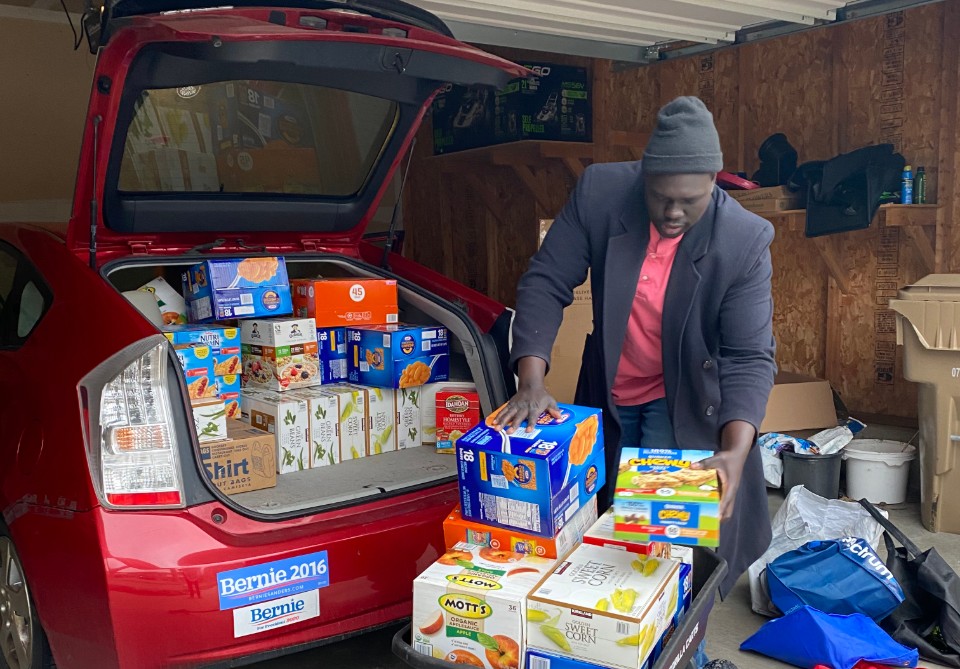 In an effort to help vulnerable families transition through sudden cancellations, Madison Church has been buying, packing and delivering COVID-19 “kits” to residents on the West Side of Madison.

The founder and lead pastor of the church, Stephen Feith, said the idea came to him Sunday night when he learned that schools were going to be canceled sooner than originally planned.

“I was just at my apartment when I got the news,” he said in an interview Wednesday. “Our church does a lot with vulnerable populations around the West Side and I thought ‘this has to be so hard for parents who now need to make difficult decisions.’ I understand we have to flatten the curve but there are unintended consequences to sudden cancellations. To me it’s like you’re putting these people in a hard place and so I was mad at the virus, our response to a lot of things, everything. I was not going to wait anymore.”

Feith, with the help of two other church staff, then set out to buy as many supplies as possible for the kits. Their goal was to deliver enough kits for residents at Wexford Ridge and Tree Lane Apartments, two Madison residential areas with lower-income populations.

While they didn’t have information on what specific needs their targeted residents had, they set a wide net to get the basic necessities, while still respecting the “social distancing” code recently put in place.

“There’s only been two or three of us that are doing the shopping, packing and distributing,” Feith said. “We’re healthy, we haven’t been exposed as far as we know and we haven’t traveled outside of the country and so we want to make sure we’re doing this in an ethically responsible way that doesn’t spread germs, but helps our neighbors.”

The church has spent about $1,100 putting the kits together through its own funds and donations. Though Feith plans to make more deliveries, ultimately he sees this as a “first-responders” case and hopes these kits will serve as a transitional aid as other organizations in Dane County ramp up relief efforts.

“We’re not the government,” he said. “I know there are great organizations in Madison that are raising thousands of dollars for this, which is awesome. They’re larger and those take a little bit of time to get money and then allocate it. We think of them as long term care and we see ourselves as first responders. We can get out there and start meeting needs now. We can hopefully bridge the gap so they don’t have a tough time before these larger groups are able to get in and really start providing long term care.”

Ultimately, Feith hopes to inspire others to take action and help their fellow neighbors who may be suffering.

“The doctors and local city government are here to stop the pandemic, but they’re not necessarily thinking about social structures, constructs and how this is going to work a ripple effect with people who live paycheck to paycheck,” Feith said. “So our hope is to raise awareness to help out your neighbors. It’s really easy to panic and when you panic you tend to look after you and yours meanwhile people could be 50 feet away from you and they don’t have food.”