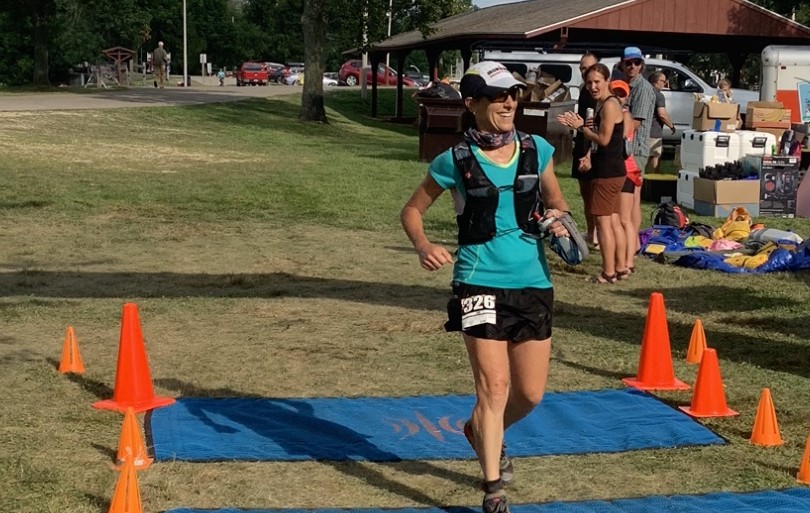 This particular 100-mile run was planned well before Karofsky won the state race for the Supreme Court over incumbent Daniel Kelly on April 7.  In fact, she was planning on running this 100-miler in the spring of 2018, until an ice-skating accident in December of 2017 left her immobilized. With a completely ruptured hamstring,  Karofsky couldn’t walk, work or even prepare food for herself.  She relied on more than 80 friends and family members to help her through months of rehabilitation.

Karofsky was back on the run before long, though. She took her first post-injury steps in February 2018 and was back to running by April. Karofsky completed a half-marathon by August, a marathon by October and finished a 50-kilometer race shortly after that.  What she didn’t know then was that running would be the metaphor that would carry her to victory in the Wisconsin Supreme Court.

In the summer of 2019, Karofsky wanted to run that 100-mile race again but found she was too busy to train. She was running a different race that year: completing a statewide campaign for a Supreme Court seat while also working full-time as a Dane County judge and single-parenting two teenagers. Instead, she signed up for a later race, scheduled for August 1, 2020.  That race was ultimately canceled due to the coronavirus pandemic, but Karofsky decided she’d just do it herself.

“The race date was August 1 and my term starts August 1 … and it all lined up pre-COVID and even post-COVID, I’m going to find a way to make it work,” Karofsky said. “When [the race] got canceled, I could have said ‘just swear me in in front of the Capitol.’ I could have done something that didn’t involve a 100-mile run. But I’m ready to run 100 miles, and I think it would be awesome to get sworn in in the middle of it.

“We made running a big part of the campaign and for me, personally, after having that injury, I really didn’t know if I would ever be able to run again. I thought to be able to run 100 miles would be pretty cool.”

This solo 100-mile run will take Karofsky from Orangeville, Illinois, to Basco, Wisconsin, back down to Orangeville and then back up to Belleville, Wisconsin, where she will finish.  Wisconsin Supreme Court Judge Rebecca Dallet will swear in Karofsky at mile 35, in her running clothes, at Dot’s Tavern. 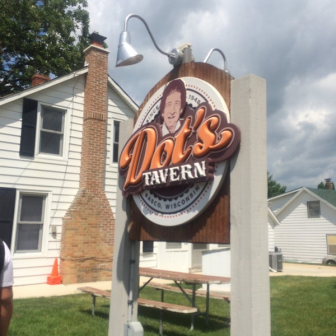 Karofsky said long-distance running events are helpful to understand the endurance it takes to run a yearlong campaign. Karofsky knew there were times that she was going to be exhausted and knew she would have to embrace that exhaustion and move on.  She describes long-distance events as being all about solving problems.

Legendary ultra-marathoner Gary Cantrell once said, “It never always gets worse.” Karofsky uses this in her running and used it in her campaign. It’s what seems to get her across the finish line and is what helps her keep perspective in her work.

“The point is that things get worse and worse but then it gets better,” she said. “You just can’t stop. You can problem-solve … I knew I had the stamina and endurance to get through a long race. It didn’t mean it was going to be easy … It’s not that people with a lot of endurance, that it’s any easier for them, it’s just that when the going gets tough, you know that that’s going to happen and it’s OK and it’s just part of it. And you just figure out what you are going to do about it and move on. Take the next step. Get the next mile marker. Break things down so they are really really simple.”

Being a single mom and running a campaign was challenging.

“When I came home at the end of the day, dinner wasn’t made, groceries weren’t bought, the laundry wasn’t done, the bills weren’t paid,” she said. “I had to manage the small business that each of us has to manage that is our own household on top of a full-time job. I was trying cases while I was running and running a statewide race.”

She also knew her experience was affecting her kids because she experienced it herself as a kid.

“I was 8 years old when my mom first ran for mayor of Middleton and won, and I was 10 years old when she lost, and I remember that day when I was 10 years old,”  Karofsky said. “I could go through minute by minute [of that day]. I could tell you the shirt I was wearing. That’s the profound effect it had on me because it was so challenging.”

Karofsky knew it was a risk to both her and her kids, but US Senator Tammy Baldwin helped her through with some advice: “ I can’t think of a better civics lesson for a teenage boy than to watch his mom run for statewide office,” Baldwin told her.

Karofsky has spent the last days of her current position at the courthouse boxing up the last three years of her life as a Wisconsin Circuit Court Judge in Dane County.  She says she will miss her colleagues but is looking forward to her new chapter in the state Capitol building.

“What an honor it will be to serve the people of Wisconsin,” Karofsky said.