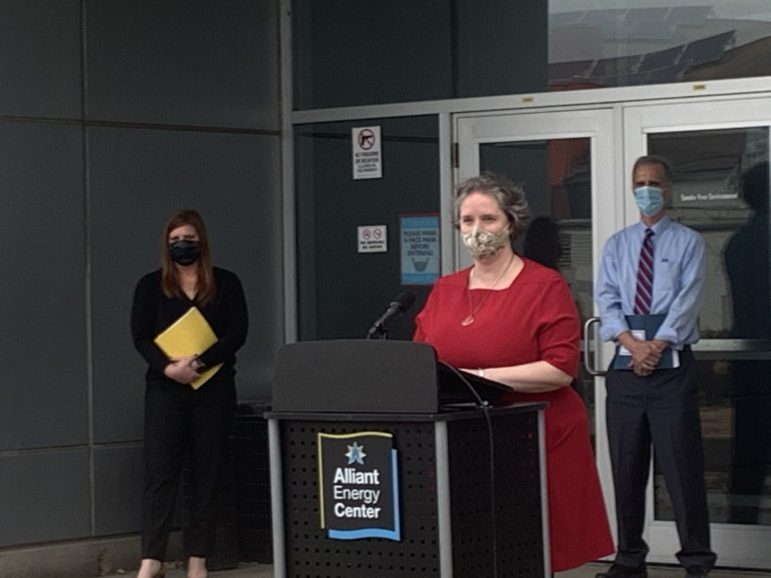 Public Health Madison & Dane County announced Emergency Order #15 on April 2, citing a continued decrease in COVID-19 cases and hospitalizations. While the order removes the requirement for face coverings outdoors, PHMDC still strongly recommends wearing masks outdoors when it is not possible to maintain a six feet distance from others.

Similarly, though there are no longer specific capacity restrictions for outdoor gatherings, Emergency Order #15 indicates that “Numbers must be limited to ensure individuals who are not members of the same household or living unit maintain six (6) feet physical distancing at all times.”

‘Season of rebirth’: A Madison ER nurse ponders life after the pandemic

Mariah Clark reflects on the traumas she witnessed while treating COVID-19 patients and losing her own loved ones to the deadly disease.

Even with vaccinations well underway, Michigan is suffering a surge of COVID-19 infections that has overwhelmed hospitals with more patients than seen during the fall peak of the pandemic. Conditions in Wisconsin are hardly as dire, but Michigan’s experience offers a warning of the dangers still possible at this stage of the pandemic.

Wisconsin Weekly: ‘We’re not given the option to get vaccinated’: Advocates work to narrow racial and ethnic disparities in Wisconsin

The outcome of a nearly decade-long dispute in Kewaunee County could shape regulatory power across state government.

Those who are grieving loved ones lost to COVID-19 may qualify for federal assistance in paying for funeral expenses.