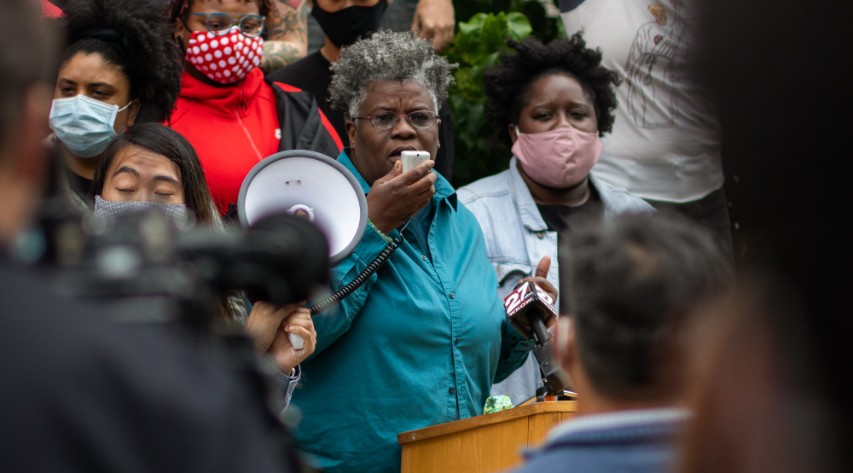 In the wake of years of police brutality and racial violence against Black people across the country, the Dane County TimeBank will continue to push for change through a letter-writing campaign aimed at informing community members.

The Dane County Time Bank, which has served as a center for restorative justice, creating opportunities and tools to seek change and healing for the Madison community, began developing their letter writing campaign in December. With an overarching goal of developing a larger community voice, the campaign seeks to establish accountability for issues which perpetuate harm on Black people.

The Dane County Time Bank has hosted a variety of activities in the past week and encourages anyone interested in joining the letter writing campaign to check their website and Facebook page for updates. In the coming weeks, there will be a Restorative Justice Anti-Racism Circle on June 24 and a Letter Writing Workshop on June 18 and every other Thursday following. Community members can join the letter writing workshop from 7:00pm to 8:30pm via Zoom with this link.

Dr. Damita Brown, who serves as the Restorative Justice Director at the TimeBank, said, “We need everyone in the community, particularly privileged white people, to reject that privilege and that abuse of power in a way that is done to Black people. All of us have a role to play in changing that.”

The Letter Writing Campaign to End Violence against Black People will continue to serve as a response to lynching, incarceration, and other forms of violence against Black people. Every other week, the TimeBank will host informational sessions in which community members can learn more about these issues and effectively make demands to legislators, school boards, university and school faculty members, local institutions, and any other groups that might contribute to this harm.

“I think what’s missing in a lot of these conversations when something like this is that there’s a continuum of violence from that child who got choked in the library, to the child held at gunpoint at arrest, to 7- and 8-year-olds getting the police called on them,” Brown said. “We are not talking about when it's in the news and very sensational. It’s great to get out and march but we want people to find out what they can do to end this violence. People need to sign on the dotted line and push for these demands.”

Brown said throughout the United States, situations paralleling that of George Floyd, who was killed by a Minneapolis police officer, happen more often than people realize, and now it is being documented and presented to the public. In addition to encouraging community members to take action through the letter writing campaign, the Time Bank makes attempts at addressing mental health and activism through restorative justice circles and conversations intended to heal.

The Dane County Time Bank also offers a community health line for people who experience instances of racism and discrimination who seek someone to talk to about their experience through a restorative justice lens. In a variety of ways, the programs offered by the TimeBank, as well as its partners Urban Triage and Freedom Inc., grant opportunities for community members to get support in expressing their ideas and understanding of racial discrimination, gain access to toolkits for letterwriting and meet other people doing this important work to end violence.

“I hope people will learn that we don't need people to get involved in anti-racism because they want to save black people,” said Brown. “Our humanity and their humanity is being murdered by doing nothing. It’s not enough to feel bad about it. We need a renewed sense that action is required.”

Brown expressed a hope that the project could spread throughout the state, especially in areas like Milwaukee where “so much has gone unanswered,” and many black people have been tremendously impacted by problems related to coronavirus, police brutality and voter suppression.

“We want to point to the election, and the work we need to do has to go beyond it. All this work we have to do in our own communities is taking control of what we want and creating a community-based justice because we can't rely on them to do it for us,” Brown said.