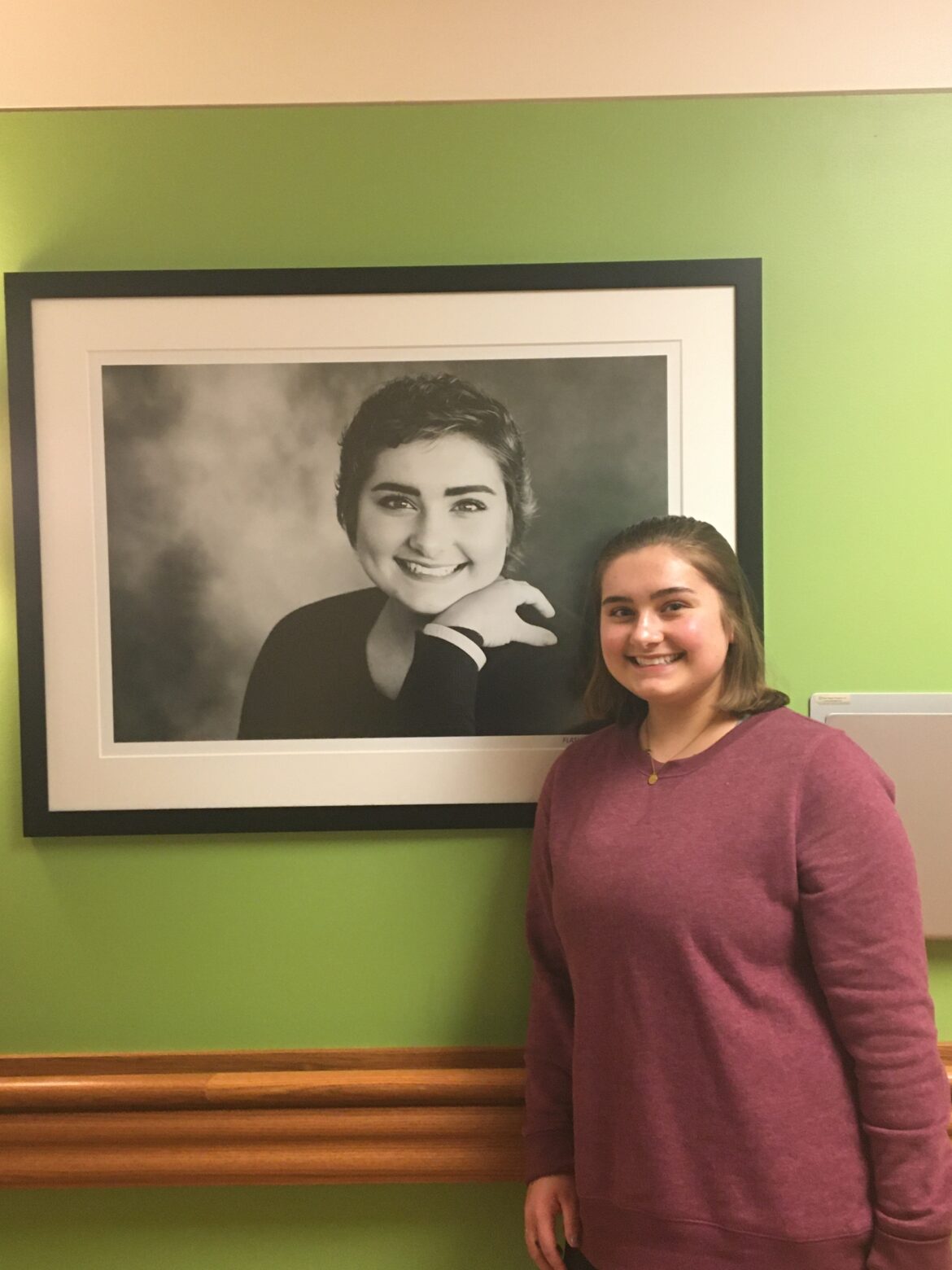 UW junior shares her personal  journey to support others

Katie Murphy was a junior in high school when she woke up with an unusual lump on the side of her neck. It wasn’t painful, so Murphy thought she had slept in an odd position, got a nasty bug bite or had an allergic reaction to her clothes.

“I thought the most obscure thing,” Murphy said. “Cancer was the last thing I thought of.”

Each year, about 1 in 285 children in the United States are diagnosed with cancer before they turn 20, according to the American Childhood Cancer Organization. Murphy had just turned 16 and passed her drivers test when she received the news of her diagnosis in 2017.

She was behind the wheel, an eager and excited new driver, on the way home from her initial doctor’s appointment when her mom, Patty Murphy, received a phone call: “Katie has Hodgkin's lymphoma.”

“I was scared of the unknown, it shook my belief and faith,” Murphy's mom said. “My priorities changed instantly. I needed to learn exactly what the diagnosis and treatment was from experts.”

Murphy stepped into her first doctor's appointment after that phone call with a sticky note full of nerve-wracking questions, yet only one occupied her mind: “Why did this happen to me, what did I do?”

Soon, Murphy would spend eight hours a day at the hospital going in and out of treatments that weakened her body.

“I was terrified. I cried for a week straight. It was just not what I was expecting,” Murphy said. “How was this happening to me? This cannot actually be real.”

Her life was changing, and it was something she was not prepared for others to see.

One morning, Murphy woke up with a chunk of hair on her pillow. Her hair, which she described as her favorite feature, was falling out and she could only think about what people would say to her and ask her at school. Wearing hats all day, every day became a comforting way to hide what she was going through.

“I could tell people started to walk on glass around me. People couldn’t not focus on the fact I was sick,” Murphy said. “There was a cloud of pity I could definitely feel.”

Murphy confided in her support system made up of her mom, brother and best friend Lauren Freeck to get her through the scariest and hardest moments. They were the only people who knew about her cancer for the first couple of months after her diagnosis.

“I was there for her in every aspect. Whatever she needed, even when she didn't know, I was there,” Murphy’s mom said. “I advocated Katie's education with the school system. I was the point person for any and all information regarding Katie's progress until she was ready to answer questions.”

When Murphy shared the news of her diagnosis, Freeck said she felt the air immediately leave her chest.

“I remember having this feeling about five minutes later of, ‘You don’t have a choice right now, you don’t get to shut down right now. She needs your 98% right now because she can only give 2%,’ ” Freeck said.

Murphy entered remission in January 2018, four months after her diagnosis. She rang the bell after her last active treatment to signal and honor the end of her journey.

“The whole team was there, celebrating how I did something incredible and how I am still here,” she said. “It was a feeling I’ll never forget — the goosebumps I got.”

The next step for Murphy was healing, both mentally and physically. She began sharing her experiences, hoping they could be educational for others.

When Murphy began her freshman year at the University of Wisconsin–Madison, she wanted to become a child life specialist to provide distraction therapy for kids battling cancer. Now a junior, she is double majoring in English and history and pursuing a certificate in gender and women’s studies.

Instead, she advocates for childhood cancer awareness as president of UW–Madison’s Pinky Swear Foundation, an organization that supports families and children in their fight with cancer. Through fundraising events, hospital visits and sending meaningful cards and gifts to affected individuals, Murphy and members of the organization work to make a hard time a bit easier.

“Katie is incredibly driven and intelligent, and has always been able to stay on the path she’s wanted to, even with road bumps,” Freeck said “She is also very selfless.”

Murphy said she is not the same person she was before her mom received that life-changing phone call.

“[I] realized really just how strong I am, how great my support system is,” Murphy said. “It showed me to live everyday like it’s your last and to not sweat the small stuff.”