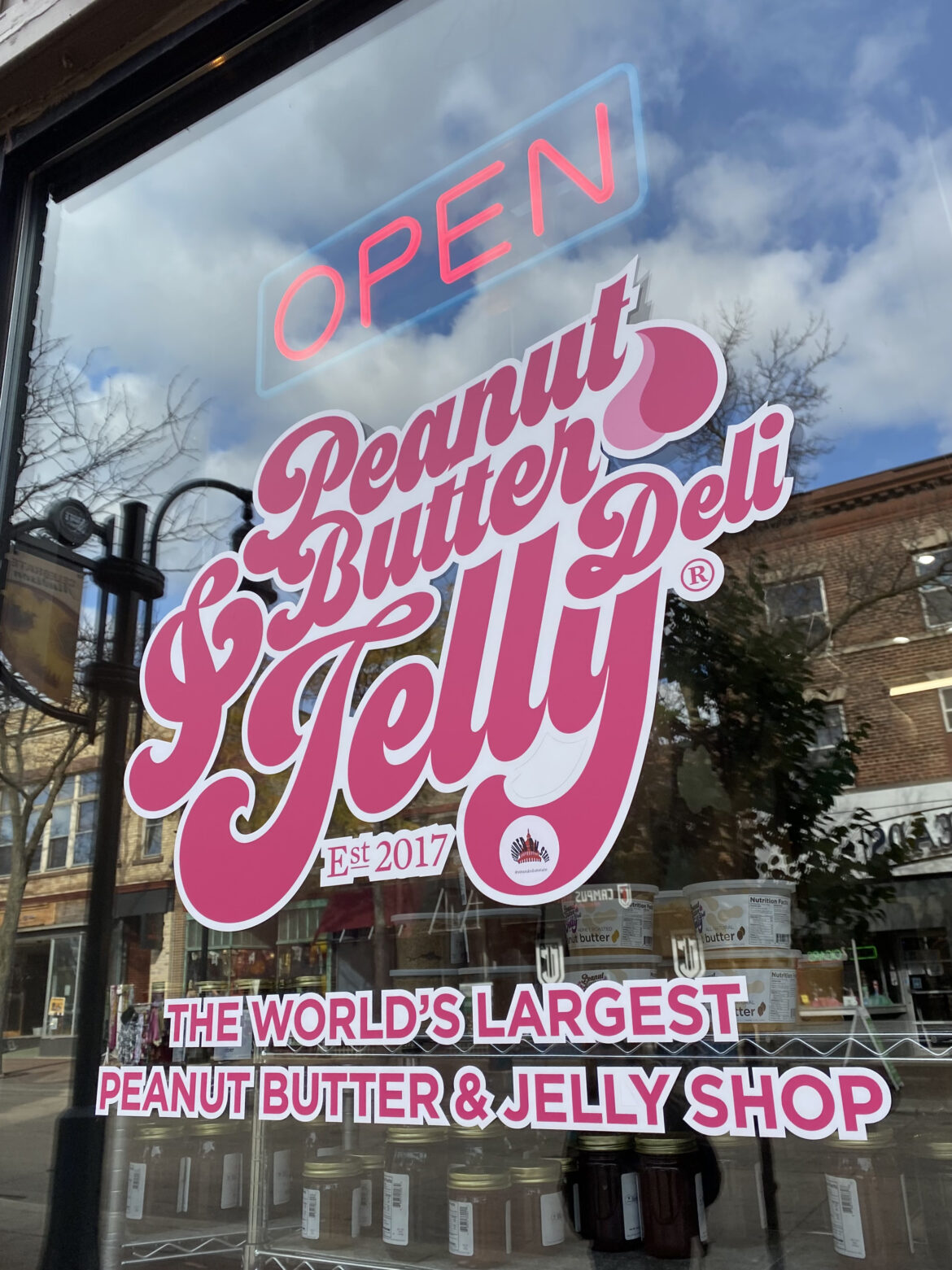 A taste of childhood nostalgia was what Mike Hottinger was going for when he came up with the idea for a restaurant that serves grilled peanut butter and jelly sandwiches. He opened his first Peanut Butter & Jelly Deli in Milwaukee in 2018 and expanded to State Street in Madison in September.

“It harkens me back to a simpler time when I was young,” Hottinger said. “I love peanut butter and jelly. It’s a great lunch. And ultimately this deli is a lunch and dinner spot and people will like it.”

The smell of peanut butter and heat from the panini press lingered in the air as Hottinger pointed to the couches in the deli’s upstairs seating area and high top tables and chairs in another seating area. He hopes his new State Street spot will become a late night comfort food hangout spot for college students. The menu includes sandwiches with a range of unexpected ingredients, from bananas to bacon to Oreo cookies to cheese.

Hottinger worked as a U.S. sales manager for a Chinese shoe factory before going into the food industry. He always wanted to have his own joint, but running a bar wasn’t that appealing to him.

“I was looking for an idea that would be totally niche and that would be a destination,” he said. “I didn’t want to do a pizza place because everybody has their own pizza and is so specific with what they like. I wanted something totally unique.”

Hottinger first shared his vision for the sandwich shop with his childhood friend Eric DeBoer, a graphic designer and business owner who immediately found himself intrigued by the idea.

“Right from the beginning Mike was intent on the idea of a peanut butter [and] jelly deli. I was kind of blown away,” Deboer said “He sent me some photos of the building he wanted the deli to be in so I could get a feel for where it was going to go and it kind of springboarded from there.”

The two friends shared ideas about designs and logos while the store’s interior was under construction. DeBoer said the idea of a simple peanut butter and jelly sandwich brings him back to his childhood.

“Mike and I talked about as kids how we would ride around on our bikes eating peanut butter and jelly sandwiches, or how we would go over to our friend’s house and have them for lunch,” he said.

The business plan for the deli took a while to evolve, Hottinger said, from brand design, to where they would get peanut butter and jelly to how to expand the menu beyond the sandwiches.

“It dawned on me that buying peanut butter from small suppliers all over the country is prohibitive,” Hottiner said. “So I thought, ‘Why wouldn’t we grind our own peanut butter?’ And that’s what we started doing,” Hottinger said.

Local and regional deli farms supply the jelly products, allowing the store to have “the broadest amount of product possible.” Hottinger buys bread products from a local supplier and prides himself on carrying gluten free and other products to meet different dietary needs.

“I doubt there’s any place in the city that has more vegan options than us,” Hottinger said.

Hottinger makes sure to spend time in both of his stores.When he’s not in the Milwaukee deli, he’s most likely in the Madison one, he said“Lately it’s been mostly in Madison, since we just opened,” he said. “Gauging the customer's reaction — ‘What are we doing right?’ and ‘What are we doing wrong?’ —  and coming out with new products. I love that part of the business.”

Hottinger comes up with new ideas based on his own personal experiences. He recently added a cane sugar-based soda to the drink menu.

“When I was a kid, some moms made their kids drink milk with meals. But my mom was cool and let me drink soda, so I love a good soda pop,” he said. “We incorporated it into the store and I think we have some of the best sodas I have ever had.”

Hottinger is also using his small, local business to try and connect with the campus community.

“We are not a chain... the owner of the store’s here most of the time serving sandwiches and I think that’s a big deal,” he said. “When the local organizations on campus need a gift basket they’re not talking to Jimmy John’s, they are talking to us.”

DeBoer is confident that the deli will be a hit and is excited to see what Hottinger comes up with next.

“Mike’s a really entrepreneurial guy,” DeBoer said. “He’s always got some ideas brewing. I’ll get a text from him saying, ‘I got a great idea, you need to give me a call.’ ”