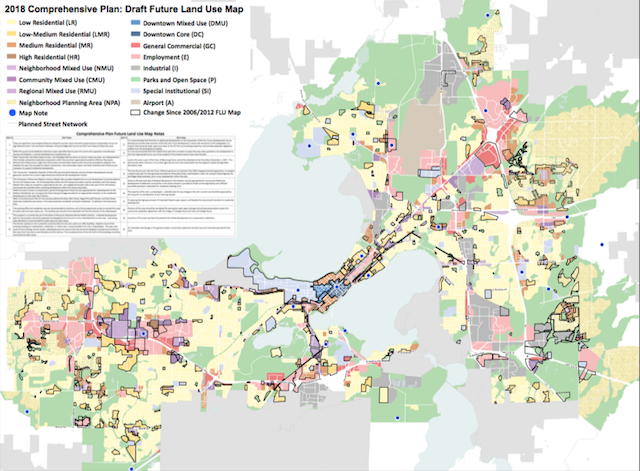 The final opportunity to share thoughts on the 2018 draft of the Future Land Use (FLU) map in Madison is approaching.

As part of the Imagine Madison public listening campaign, the City of Madison is seeking input on long-term plans that focus on issues of equity, health, sustainability, and adaptability.  With this in mind, the City of Madison developed the 2018 FLU map for Madison to designate areas for development efforts.

“The map is not yet final and staff and the Plan Commission continue to listen to residents who have input, ideas, concerns about the FLU map,” Ledell Zellers member of the Madison City Council said.

After reviewing public comments received in early 2017, the planning committee developed an updated version of the FLU map. The public has another opportunity to comment on the latest draft before the committee adopts the final map.

“I know there are concerns about the map in the general Marquette neighborhood area. There may be other issues that will be raised and changes made prior to the map being endorsed by the Plan Commission,” Zellers said.

The deadline to provide input on the 2018 draft FLU map is March 5 at Noon. Members of the public can view the 2006 map and 2018 draft side by side to prepare comments. To provide comments, residents are asked to fill out this form, and email it to Ben Zellers.