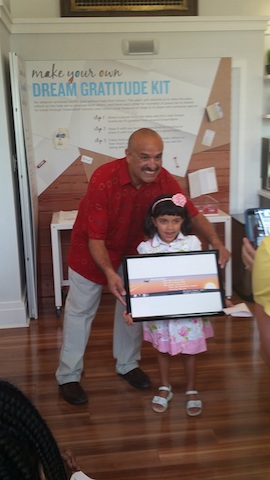 What helps break the boredom of riding the bus from point A to point B? A poem of course! And what better way to share your talent with others in your community than to have one of your poems displayed on the bus!

From modest origins less than a decade ago, and with the involvement of Edgewood College’s Graphic Design program, Metro Transit has teamed up with Madison’s Poet Laureate to sponsor a “Bilingual Bus Lines Poetry Contest.”1 Anyone of any age is invited to send short poems, haiku, prose poems, or excerpts of 3-5 lines from longer poems to the Bus Lines 2018 open call for poetry.  Submissions can be made in English or Spanish. The theme this year is home: “What is that special thing (event, person, place) about Madison that makes you call it ‘home?’”

The Poet Laureate wades though the submissions and picks the top poems (30 poems were selected last year). Those are then turned over to Edgewood College’s graphic design program in which students design backdrops for the text. Those in turn are displayed on buses that move around the city.

Other cities have been displaying local poetry on buses and trains for years, and although the City of Madison has had its own Poet Laureate since 1977, the poetry program did not come to Madison until much later. And then, it appears that it was motivated by an interest in the well-being of poets, not that of bus riders.

That bus riders enjoy poetry too can be seen as an added benefit of the program. Nor was the intention to buttress the stature of the bus agency in the public’s eye, although the bus agency may see it differently. Displaying poetry on buses is a good way to demonstrate that Metro Transit is here for We the People (something that many Madisonians need reminding of, especially at tax time.)

Poetry on buses started very modestly in 2009 as the brainchild of Madison’s then Poet Laureate Fabu and Madison’s arts program administrator Karin Wolf. The idea was to expose the public to the poetic talent of high school students. In the first year, there were nine submissions and the winning poems were displayed on placards on the inside rear passenger area of a few buses.

The program first widened in 2013 to include adults and middle school students. In 2015 it widened further to include elementary school students and Spanish. The last addition was no accident as Oscar Mireles became Madison’s poet laureate in January of 2015 and was recently reappointed for a second term that runs until January 19, 2020.

The Bus Lines poetry contest is also a great example of inter-agency teamwork, something that might seem natural to Madisonians but is actually foreign to many governmental or non-governmental actors who tend to work inside separate comfort zones.

Actually, the poetry contest only scratches the surface of potential linkages between Metro and other agencies to further a community’s literary and artistic endeavors. For instance, the transit agency up in Eau Claire has teamed up with its public library to have a program called Books on Buses that provides reading material to bus riders young and old. People can start reading on the bus and then take the book with them for free when they finish their ride. Books range from picture and board books to young adult novels to bestsellers.

Art projects such as California’s Art Takes a Bus Ride, Anchorage, Alaska’s Student Art on Buses or Madison’s own Art En Route are just a few other examples of a bus system teaming up with another public agency and sometimes a third party to promote our living culture.

As usual however, not only is Metro’s imagination the limit but so too are the resources we devote to artistic interests. Metro can help underwrite the display of poetry because it now controls its own advertising space and can set aside some of that space for a community project. But it must still devote most of it to generating revenue. If other culture in motion projects are to happen, other agencies will need to take the lead.