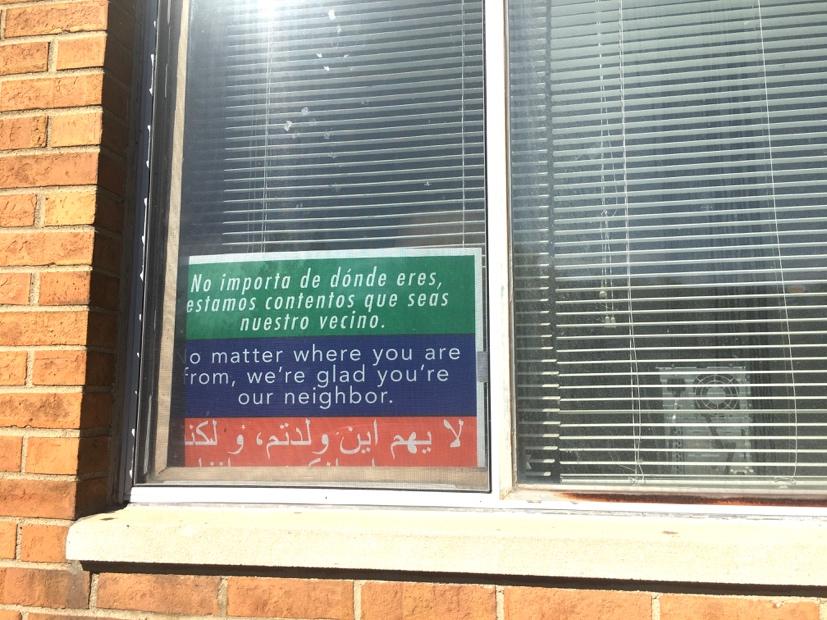 Tanya Raskin does not know her neighbors well. She’s resided in the Allied-Dunn’s Marsh neighborhood for the past five years. While she and her children remain, she watches countless neighbors constantly move in and out.

“It’s like a revolving door,” Raskin said. “I see one neighbor, and I see them moving in and out so it’s kind of hard, even if you do try to say, ‘Hi, good morning’ and just be neighborly.”

The Allied-Dunn’s Marsh neighborhood population is younger, more diverse, and more likely to rent than own a home in comparison to the rest of the city of Madison’s population, according to a 2017 study from the La Follette School of Public Affairs at UW-Madison. The neighborhood lies under the Marlborough Planning District, where nearly 51% of families are in poverty.

“I mean, when you think about it, that's one of the signatures of low-income neighborhoods, right? Is that they're very transient,” said Madison Alder Zachary Henak, who represents the neighborhood on the Common Council. “I think that's actually one issue of Madison in general, is that we have a lot of our population is quite transient and that people are moving around a lot.”

The annual residential turnover in the community is 32%, and only 20% of the population has remained in the same housing unit for over five years, according to a study by Weichert, a commercial real estate company. The city Department of Planning, Community, and Economic Development doesn’t track this data for the general area.

While transience of rental properties has always been a challenge in low-income areas, the new problem of a language barrier has recently arisen as well.

“It's mostly Spanish-speaking now, as opposed to when I started here in 2004, it was mostly English-speaking,” Estrella said. “So a lot has changed because of the redevelopment that happened.”

From 2000 to 2010, the Latino population of Dane County increased by 74%, according to the UW-Madison Applied Population Laboratory.

As of 2017, Dane County was 6.3% Hispanic or Latinx, according to estimates from the U.S. Census Bureau. The Allied Dunn’s Marsh neighborhood consists of a 21.9% Latinx population, according to a study from the La Follette School of Public Affairs at UW-Madison.

“The main issue was that a lot of the new residents are Spanish speakers and a lot of the leaders in the neighborhood who have been here for years and years are English speakers. So I think that that's kind of where the problem is,” Estrella said.

Raskin says the new language barrier makes it even harder to establish a relationship with her neighbors.

“You don’t even know who your neighbors are... That’s been a change that I’ve kind of been seeing, and it’s not neighborly at all,” Raskin said.